Why You Should Live in Leamington Spa! – OurWarwick

Why You Should Live in Leamington Spa! 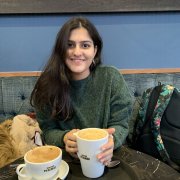 Hi everyone!It’s that time of year where everyone starts thinking about where to live for second year. I know it’s only been week 3 but last year, a lot of us did start thinking about where and who we wanted to live with. Don’t worry about it this year, because obviously things might be different and even if you only think about it later, you will be fine!

Having said that, today I’d like to make a case for why you should live in Leamington Spa (in second year when you have to live off-campus!). If you’re a fresher who hasn’t been yet or have no idea what I’m talking about, Leamington Spa is a town about 8 miles away from campus. It is one of the most popular choices as the place to live for second year (in my experience, probably, THE most popular choice!). I live in Leamington myself and I absolutely love it! I think it’s perfect for anyone because it has so many things to do!

I hope I was able to convince you of why you should live in Leam! That said, I don’t want this to be completely biased, so one of the things that might be an issue is the distance. If you’d prefer to be closer to campus, then Leamington would not be the best place for you as you have to take the bus to uni every day. Housing can also be a bit more expensive in Leamington as compared to other locations such as Canley.

I personally think Leamington is the best choice for where to live in second year! I couldn’t recommend it more!As always, feel free to reach out to me if you have any questions!