Why I’m here, doing what I do – OurWarwick 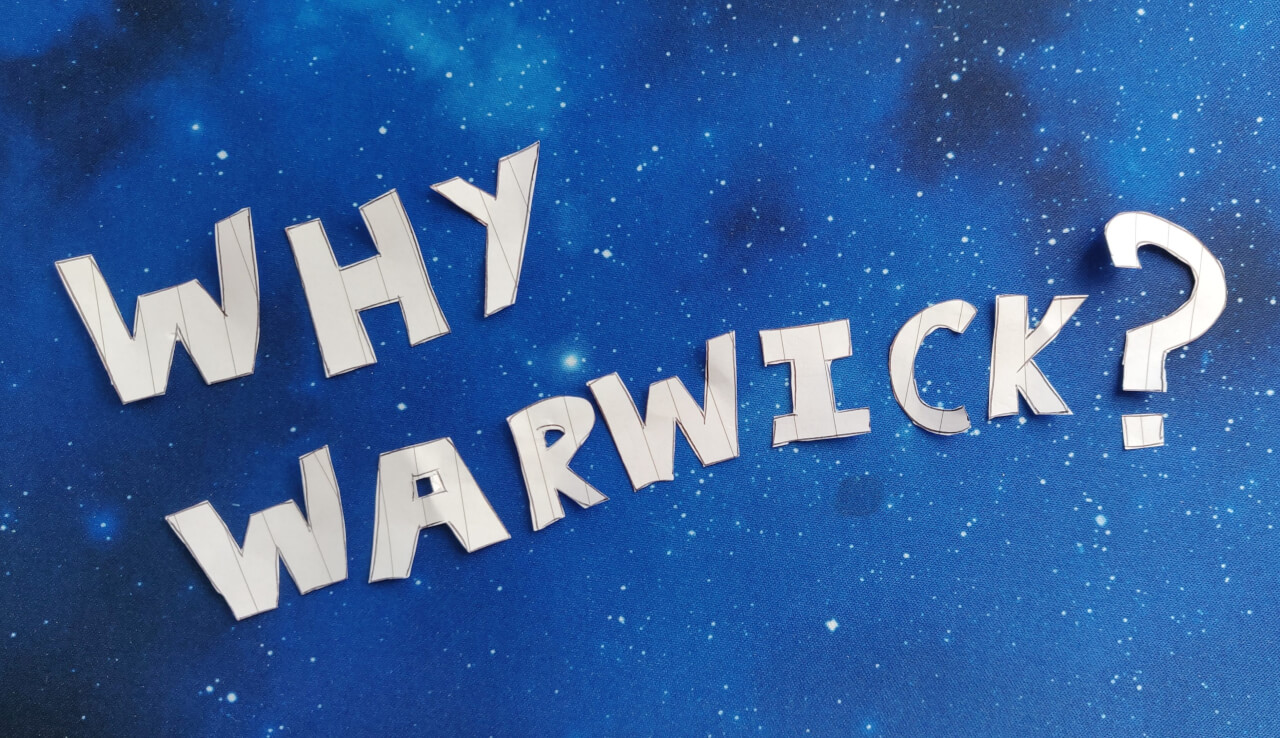 Why I’m here, doing what I do

I hated the start of year thirteen at school. I’ve never been the most decisive person, which anyone who has ever been to a restaurant with me can attest to, and suddenly I was being asked to make life changing decisions at seventeen years old. There were long hours at that time as I sat deliberating and trying to make a decision where I would get lost in stress and panic over the tiniest details. Thankfully, I’m now confident that I made the right one.

To begin, why did I chose physics?

Mostly it came down to being what I was good at in school. At first that was my only consideration but still left me with a few possibilities open from a mathematical background. So, to narrow it down further, I began to ask what it was I actually cared about in my school day. Sure, I enjoyed all of my subjects but physics quickly became the one that I felt the most passionate about.

I considered other degrees such as computer science, engineering and even English literature which seems  a mile away from where I am now, but physics was the clear winner. When I started to look at courses I was already being swept away by the momentum of my excitement and as that happened, I was confident that I knew what I wanted to do.

Before me, I was looking at a degree that would allow me to sit around and talk about stars, planets, black holes and distant galaxies and that just sounded too good an opportunity to pass up on!

But I wanted to make the point that I wasn’t one of those kids who had always been science obsessed. For most of my life I was adamant that I didn’t even like science but it slowly crept up on me as the courses got more in depth in secondary school and I began to see why my teachers were so passionate about what they were doing.

I still had plenty of doubts in first year (hell, I still do now from time to time), but they never got large enough to block the bigger picture so I feel I’m in a fortunate position. In year twelve, I began to discover a love of astronomy and all things space related and now I’m thrilled whenever I get the option of taking a module in the astrophysics area.  There are other areas of physics that I study only as a necessity to get back to what I truly love but when the end goal is kept well within view, it’s so easy to allow my passion to carry me through the more mundane days towards the excitement of the future.

I’m writing this in the hopes that anyone else who is worried about their choice can find reassurance, take a moment and remember what it was the put them where they are. Sometimes we just want to know that we haven’t made a rash decision or that we haven’t given ourselves more than we can handle and that reassurance always sounds better coming from inside our own heads.

Once I had my sights set on physics, the torment wasn’t over. I found myself with a long list of institutions and was struggling to settle between them.

I went to every open day I could find and, for a while, found myself wondering how I was ever meant to chose between my potential universities. Every place had impressive research going on that I didn’t even pretend to understand so who was I to judge which was best for me.

Then I came to Warwick and from that point on it was pretty much decided!

On the open day, there was just something about the place that really appealed to me. There really seemed to be an emphasis on encouraging diversity and lots of different opportunities, the course looked challenging but with enough interesting opportunities to look forward to that I was convinced I could make it through, I liked the look of all the accommodation I saw and the food market on the piazza definitely helped the overall impression as well.

Warwick has such a lovely campus and it’s a great place to live in first year. That was a big selling point. You have everything you need within your reach from cafes and restaurants to bars and shops to banks and medical care so it’s definitely convenient but there are also beautiful places to escape to if you know where to look.

Sometimes I needed that escape. I found it quite hard being on campus 24/7 but I chose Warwick because I knew that I could get away when I needed to. There are green spaces and wooded areas to relax and walk through without straying to far from central campus but if you need something more, the surrounding area is such a wonderful place.

I’m in second year now and I love living in Leamington Spa despite the bus journey that you will hear a lot about in first year I’m sure. After my open day, I drove back home via Leamington Spa and, like the food market, it was one of the big selling points that I kept mostly to myself. I pictured myself living in Leamington and it just seemed right. It’s a great place with gardens to walk through, shops to stroll around aimlessly on the weekend and just a nice place to call a second home.

I’d say that Warwick just had the right balance in my mind. I knew my time wouldn’t be wasted and that I could get a well regarded degree but also that there were opportunities to broaden my horizons and a campus that offered all the conveniences of a town with welcome touches of nature on the periphery.

So that’s my reasoning. Whether you agree or disagree, I hope you can find something to reassure you that Warwick is a great place to be. I heard some people complain quite a lot in first year but I could never relate to them really. I love being at Warwick and I wouldn’t want to be anywhere else . It’s a beautiful place with good education and that was about all I could ask for. I hope that you can share in some of my enthusiasm for Warwick and that you grow to love it too.