What’s that feeling? Can it be homesickness? – OurWarwick 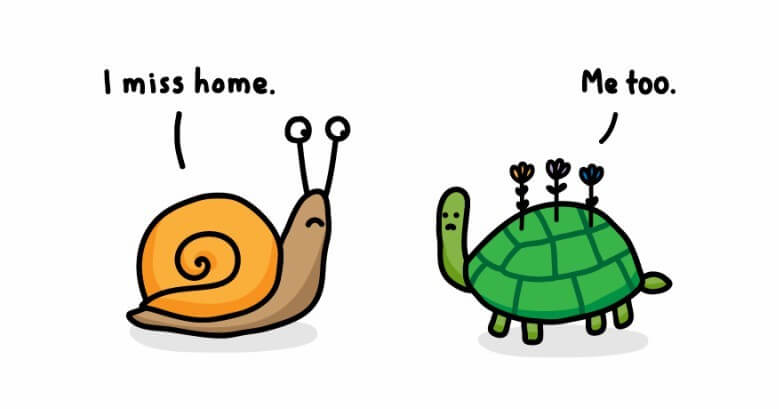 What’s that feeling? Can it be homesickness?

noun: a feeling of longing for one’s home during a period of absence from it.

Or at least, that’s how the definition goes. But for each of us, homesickness is shaped and defined by our own feelings and reactions. Some overtly expressed, some kept for ourselves. What is for sure is that most of us feel it, at some point, especially when the place called home is outside of the UK.

I’m now a third year and although the feeling of homesickness has faded, there are still times I wish I could go home for a weekend – the most recent of such thoughts being…well…this weekend when I was told that there were 26°C in Romania (unusual for this time of the year) and that my family was just enjoying the sun and each other’s company. The antagonistic weather here wasn’t of much help, only deepening my feelings of longing.

In my first year, however, I remember this feeling being much more intense and triggered by a lot of other factors. It wasn’t until about the first month of university that I started experiencing homesickness, hence my decision of writing this blog now, four weeks into the term. The whole fresher frenzy can keep your mind off home and it can be just now, when people have settled in and starting getting lost through the book shelves in the library that they start thinking about home. It’s normal. You’re new not only to the place, but to the routine as well. You see all the people around you in the library seeming to have a very productive study session and knowing what they do and yet there you are, trying to figure out the title of your essay for the past 20 minutes. No worries, those people around you are just in the same position. However, it can be overwhelming and you may feel vulnerable. What an easier thing to do than call home and let it all out. That’s when it’s very easy to trigger homesickness.

Then there comes the social aspect of it. If you’ve come alone here and hadn’t known anyone prior to your arrival it’s very easy to feel lonely as it takes time for friendships to blossom and form. You may have the impression that everyone on campus has made clicks and friends, but trust me, at this stage, a lot of students are dealing with the exact same feeling of homesickness. The reason why you won’t notice it is because no one will probably let it show, to protect themselves from becoming vulnerable in the eyes of others. I remember in first year, one of my then flat mates came to the kitchen and burst into tears ,telling me that she feels homesick. I was going through the exact same feelings, yet I didn’t let her know her and I decided to keep it for myself and just reassure her that she’ll be fine. She did indeed feel better shortly after, but I’m sure that her having known I’m dealing with the same emotions would have helped more in that moment.

While all that I’ve written so far is this post is based on my own experience, what I can also assure you of is that this feeling won’t last, or, at least, won’t seem that intense all the time. If you feel like talking to someone outside of your family and friends and just need to confess to a third party that you know will listen, I really encourage you to call the Night Line. They are a student-led peer-to-peer support listening service, open form 9 pm to 9 am every night of the term. You don’t need to have a problem to give them a call. You can simply tell them: “hey, I feel homesick and I need to talk” and that’s perfect. Sometimes, or, at least in my case, talking through what’s on my mind is such a therapeutic solution. Another way to deal with it is to write, write it all down. You don’t even need to keep a journal about it. It’s enough to put it down on a piece of paper and  then get rid of it when you feel better. Regardless of your academic background, don’t underestimate the power of writing when trying to communicate your feelings.

Moral of the story: Homesickness is absolutely normal. It doesn’t have to happen exclusively in first year. It happens to a lot of us, regardless of whether we let it show or not. You’re not weak for letting it out, you’re just human. Let someone that you trust know about it and rest assure knowing that it’s not a feeling which will last forever.