What To Pack for Theatre Studies – OurWarwick 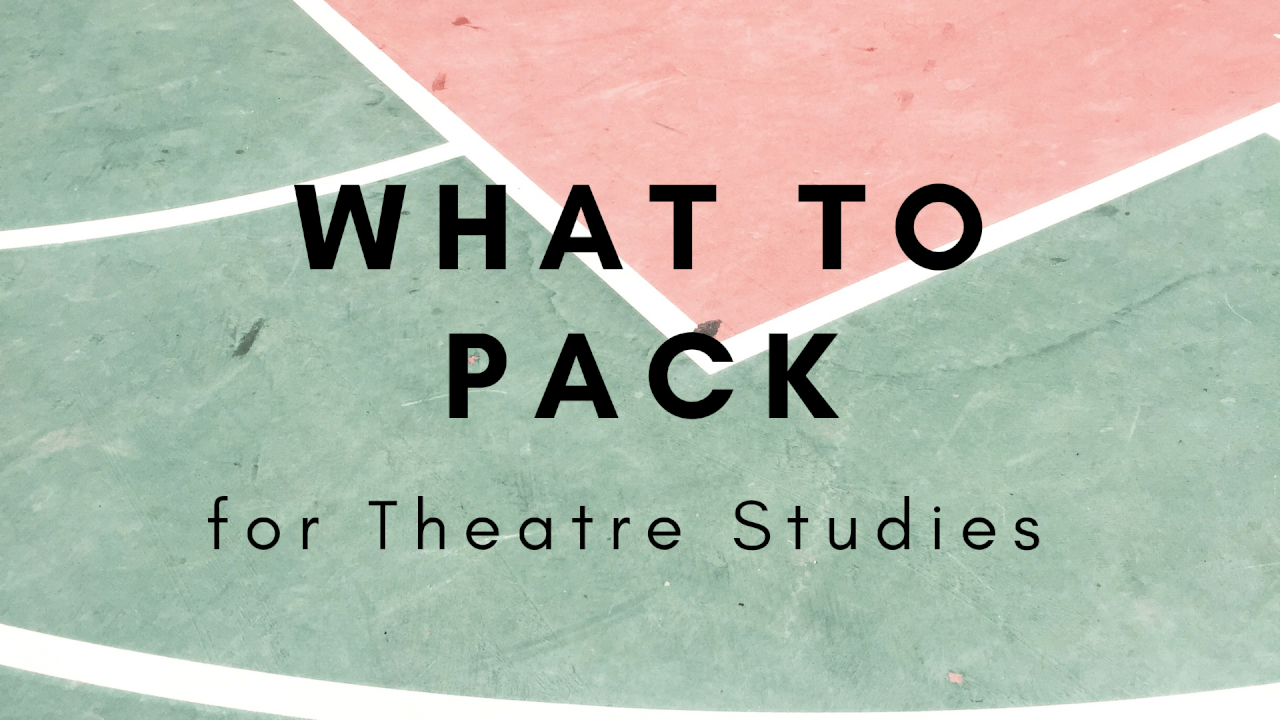 What To Pack for Theatre Studies

There are thousands of lists on the internet about what to bring to Uni, covering everything from pens and laptops all the way to blenders and toastie makers. While these lists are generally quite useful and act as a good starting point for most students, Theatre Studies can often require different ways of learning to other courses. Therefore, I have decided to list a few items that I have found useful over the past few years that you might not find on other lists! Of course you absolutely do not need all of these things for the course, but I personally have found all these things useful at some point during my time here.

My favourite assessment method I’ve encountered on the course is research posters, where you present notes and reflections on a topic in a physical sense, either as a literal poster or as a more abstract piece. I have had to make 2 posters over my last 2 years at Uni, and have seen an incredible range of posters including interactive pieces, food, sculptures and traditional paper posters. While these research posters can often take any form, having some paper, colouring pens, scissors and glue on hand has been very useful, and I have strong memories of my coursemates ransacking each other’s rooms for scissors and pens the night before a poster was due!

Theatre at Warwick can sometimes be quite an active course, and the department currently offers a few practical modules to students across the years, meaning having comfortable clothes you can move in is helpful. For example, in my first year one of our core modules was Contemporary Performance Practices, where we did activities like yoga and physical theatre that would be much harder to do wearing jeans. These active clothes don’t have to be expensive or super high-quality, and most of my close friends just turned up to these classes in old joggers and a t-shirt! However, having some sort of clothes for practicals can be useful, as well as much more workable!

While having speakers is definitely not essential – I don’t personally own any myself – they can be useful to bring along if you’re studying theatre, and I have borrowed a few from my friends for the odd performance where we didn’t have access to the department’s tech. For example, for my second year Writing module one of our assessments was a staged reading of a script we had written as a group, for which we were not expected to use a high level of lighting or sound. However, as our script was set at Christmas, we decided to create a playlist of Christmas songs to align with the script’s action, and played it over my friends bluetooth speaker to add to the atmosphere. Therefore while speakers are not necessary, and it isn’t too hard to source one if need be, they can be incredibly useful for the odd occasion if you already own one.

Over-packing can sometimes be an advantage if you’re studying theatre, as you never know when you’ll need an old dress from a wedding or a pair of white jeans you haven’t worn since year 10 for a performance. Obviously it isn’t necessary or practical to pack everything you own, and in the past I have definitely packed things that I never ended up using. However, it is always worth taking a few basics with you, such as a plain white top, some black trousers, something slightly smart and something you don’t mind getting messy. As well as for department performance assessments, having these can also come in handy for shows with the various drama societies, as you never know what you’ll end up doing!

Similar to the point above, bringing along a few items that you aren’t sure you will need can also come in handy for the odd performance or seminar. For example, in one of our seminars in first year we were asked to bring along an item that reminded us of performing, with people bringing along old good luck cards, shoes, tarot cards and more. I’ve also had several items of mine used in student shows, including old sixth form ID cards, folders, broken phones and books. Again, it is impossible to know exactly what to take, but having a few odd things can often come in handy for performances!

As I said before, there is no requirement to bring any of these things to University, and if you don’t have something then there is often a housemate or coursemate around to help!