What to do during travel week? – OurWarwick

What to do during travel week? 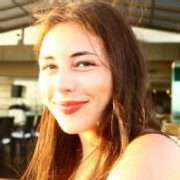 Long essays have been handed in and unfortunately travel week has already come to end here in Italy. Our one week of freedom has long been anticipated for so I thought to let you guys know what we got up to, and in particular what we would recommend for anyone in this position next year who might be wondering how best to spend their free time, or even to anyone considering travelling to Europe in the future and would like some insight beforehand.

With family and friends visiting Venice on and off throughout the week Verona was the only place I got to properly visit during this time. An hour and a half train journey from Venice I would say this is definitely a city worth visiting, if not for the sites, food and culture than for the distinct lack of tourists which is a welcome sight coming from somewhere as jam-packed as Venice. It’s not a particularly large city, you could walk around the main centre in around half an hour and on the way you’d see some very interesting sites; the Castelvecchio at the start of the city are its medieval defences, a walled fortress which is quite spectacular – you can walk around the walls and get to see some great views of the city before properly exploring within. The Verona arena is situated directly in the centre of town and is one of the largest preserved Roman amphitheatres in Europe which shouldn’t be missed (entry for students to most of the sites in Verona are very cheap, around €3-8). Across the river to the other side of the city you can head to the ruins of a Roman theatre which again charge only a very small entry fee and gives you some of the best views of all the city. Not far from these ruins are the Giusti gardens which are very peaceful and serene to walk through and also have a lot of interesting paths and crevices to explore. Aside from sightseeing the shopping in Verona is pretty good (perhaps better than Venice) and there is no shortage of affordable and tasty bars, cafes and restaurants to visit. 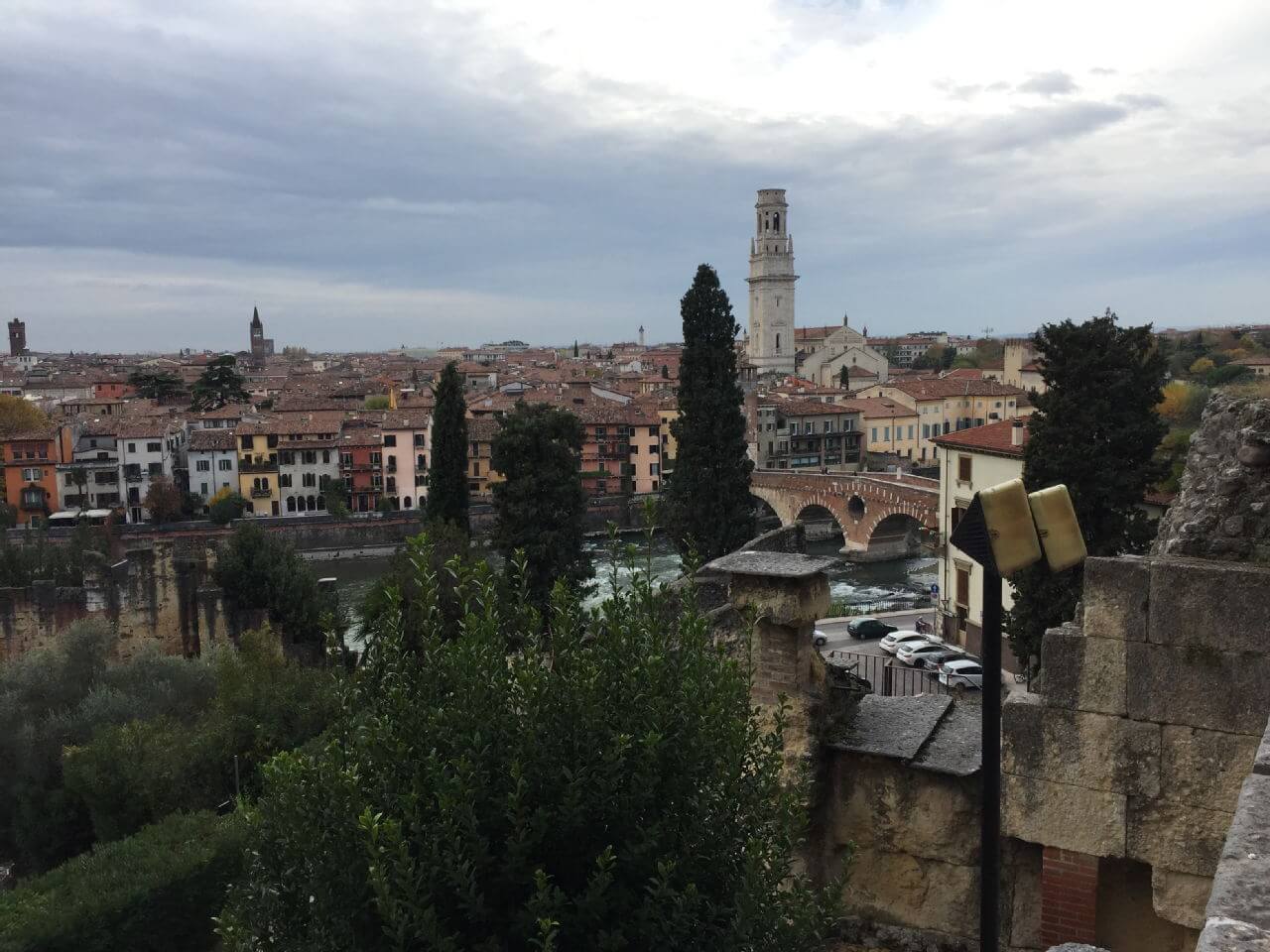 If you are at all interested in fashion, the arts or sport then Milan is a city you cannot miss during your travels. It has great transport connections from all around Italy and beyond and a train from Venice would get you there in around 2 and a half hours. Just like the other Italian cities it has a rich historical background and sites such as the Duomo di Milano and Sforza castle are definitely ones to visit. However being perhaps the most urbanised city in the whole country its main appeals come from the fantastic shopping opportunities, the operas and art gallery’s housing some of the most prestigious works in Europe and of course the San Siro stadium, home of A.C Milan which is an incredible experience for anyone lucky enough to catch a game being played there (as I’ve been told by my football-avid friends).

Although the furthest away from Venice of the Italian cities I’ve mentioned its super easy and quick to get to thanks to the rapid Italian railways (just make sure you’ve got a valid ticket! If you’re caught without one on Italian trains you usually get charged a considerable fine ontop of the price of the ticket which isn’t ideal for students – trust me I can vouch for this one). Florence is a city that should be on everyone’s bucket list at one point because it’s one of the most beautiful and interesting in Italy, I could quite easily spend a week here without getting bored of things to do. Aside from the typical tourist places to visit (Duomo, Uffizi gallery, Ponte Vecchio) there are a ton of other great places to go if you want to get off the beaten track slightly; the Piazzale Michelangelo is on the far side of the river Arno but offers the best view of the city, particularly if you go at sunset and take some food and wine with you to watch the sun go down –it’s a very special experience. On the same side of the river are the Boboli gardens which are quite a trek to walk up however are worth it, some more great views and it’s just a place nice to walk around – lots of fancy fountains. I would also recommend the Leonardo da Vinci museum just a short walk from the Duomo. It’s quite small you could quite easily pass by it however If you decide to visit it’s really interesting seeing all of his inventions re-created as models to see how they would have functioned, as well as of course his famous artwork (not the OG’s!). In terms of eating I won’t go into too much detail because it’s all delicious however I would in particular recommend a restaurant called yellow bar in the centre of town – very affordable (particularly with the carafes of house wine) and the pasta is some of the best I’ve tasted, all freshly made and served hot in the cooking pan and great size portions! 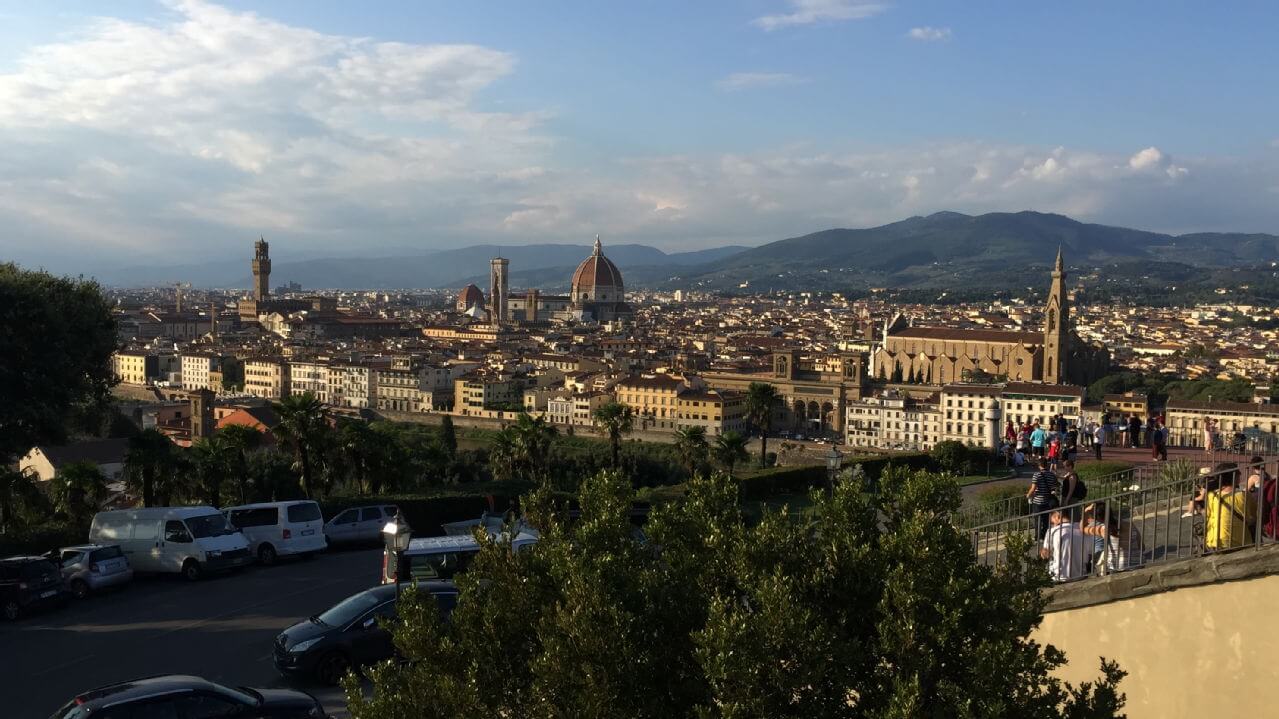 If you’re feeling particularly adventurous and decided you’ve had enough of pizza and aperol spritz for a while then you can always do what my flatmates did and head to a European city outside of Italy:

Although too far for a coach or train journey Berlin is only a very short flight from most Northern Italian cities and it is also fairly cheap to do so. The train station in the airport is very easy to navigate and gets you into the centre of the city in about half an hour. The area my friend stayed in was called Alexandraplatz which seems a popular choice with tourists and students due to the abundance of shopping and restaurants. Being such a large city but with notably less tourists than Italian cities it provides quite a nice contrast to the frantic nature of Venice; the vast majority of those staying in Berlin are students, travellers and young professionals whilst Venice appears mainly for tourists and the locals who are predominantly an older population. What draws many to Berlin is the thriving music scene (in particular my friend recommends a place called kitkat in the centre of the city), the interesting culture and abundance of museums which are quite different to what you’ll find in Renaissance Italian cities, and the variety of food – my friend being plant-based it was a lot easier for her to find many delicious cafes and restaurants that catered to her, whereas it has been a lot more difficult in Italy where meat and cheese are the dietary staples. If any of these appeal to you then perhaps you should consider Berlin on your next trip. 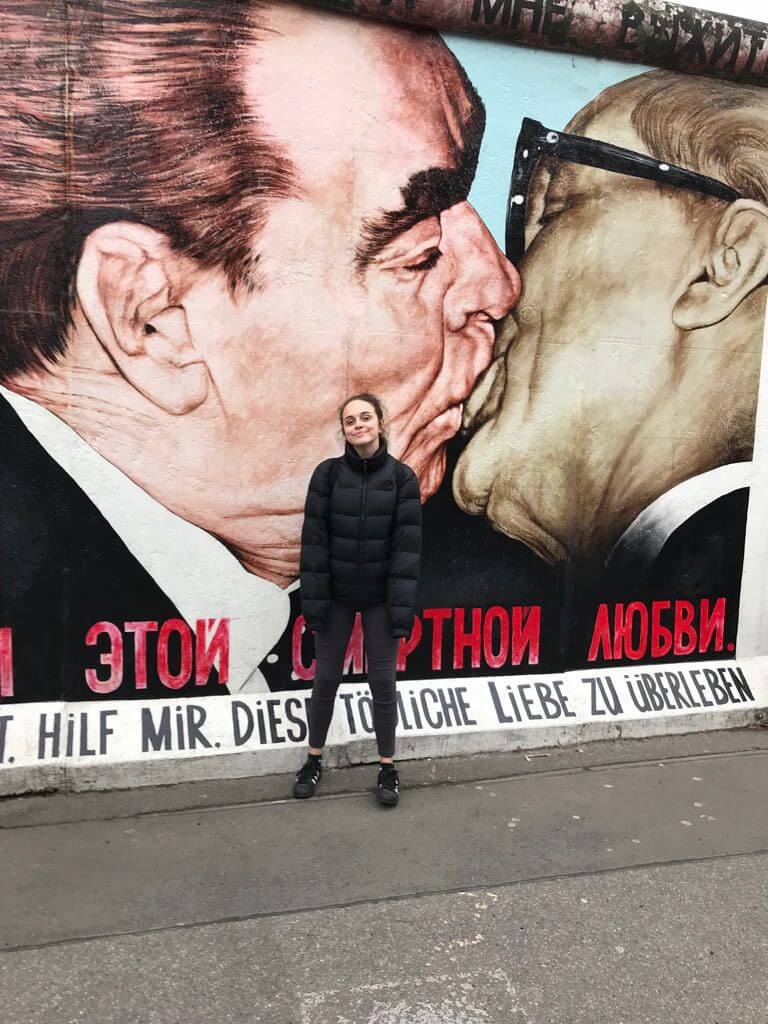 Another one of my flatmates made her way to Barcelona during travel week, heading in the opposite direction to Berlin but the flight-time (just under 2 hours) being roughly the same for both. Again this a very fun European city for any students and young travellers, both culturally significant and with a nightlife that has a very good reputation. Of the latter my friend would advise a club called Shôko along the beachfront for its great music and interesting venue, however warns about the hefty drink prices in Barcelona which are more expensive than what you would find in Berlin or Venice. On the cultural side the Sagrada Familia is of course not one to be missed, predicted to finally be completed in 2026, 100 years after the death of the original architect. Another space worth checking out is Park Güell in the centre of the city – if you manage to make it to the top you are awarded with the best views of Barcelona. Finally the magic mountain located in Parc de Montjuic is recommended, particularly on weekend evenings around 8pm when the light shows start drawing in thousands of spectators. A final warning from my friend however would be to remain wary of potential pickpockets in the city, particularly on the metro where many tourists will find their wallets and phones have gone missing! 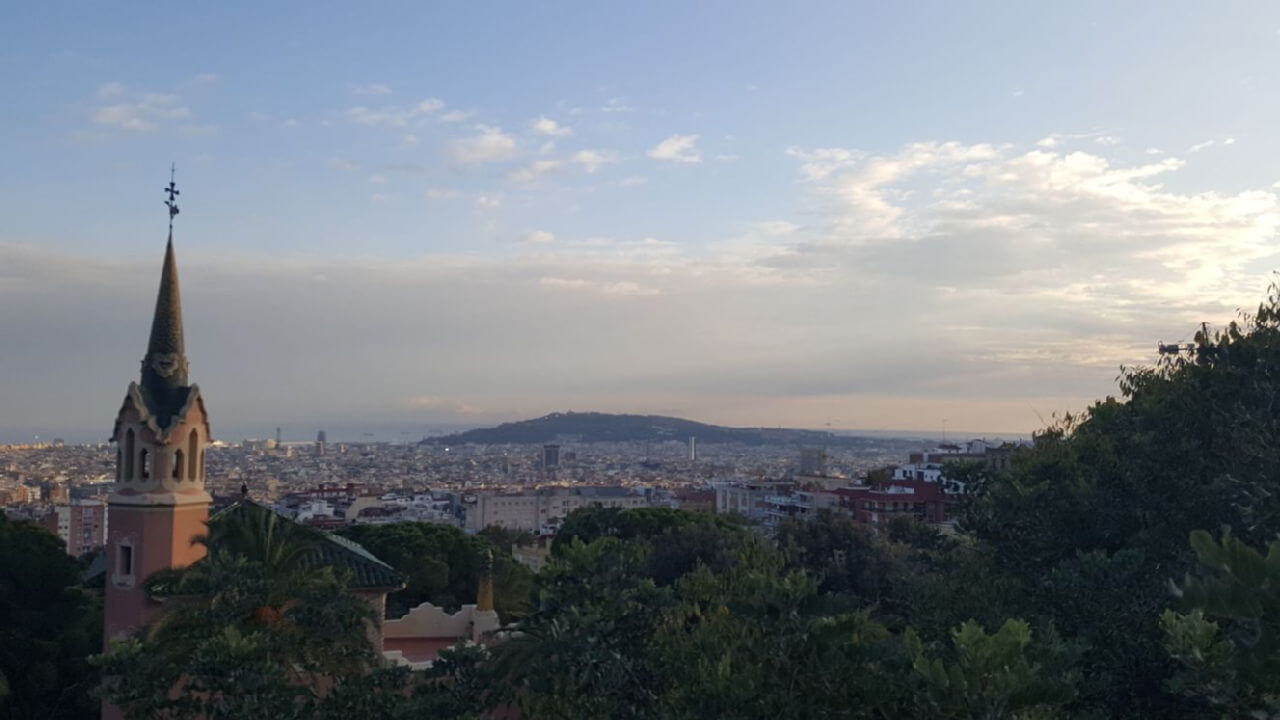 Views from the top ofPark Güell

I hope you guys find some use out of these travel pieces. Next Tuesday here in Venice is the Madonna of the Salute – one of the city’s most important festivals celebrating the end of the plagues which devastated Europe for centuries, and which I aim to write a short piece on in the coming week so keep an eye out!