What is productivity in these times? – OurWarwick 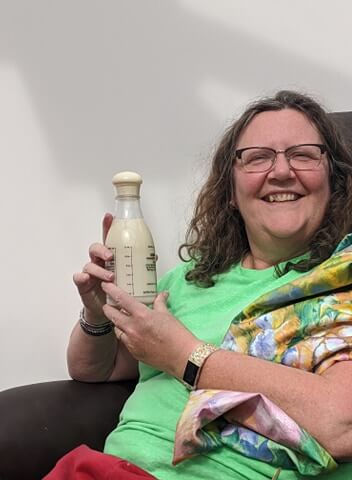 What is productivity in these times?

Hello everyone! I hope that in the current times, you’re keeping as well as you can and staying safe. I’ve been at home for the past month, working on applying for jobs, writing my essays and dissertation, and trying to keep up some habits to make life feel more normal.

Which is a bit weird, now I look back, because this time is anything but normal. I’ve been in lockdown now for pretty much 6 weeks, as I started staying at home from the 14th March, and haven’t really left the house since, apart from a run every other day and the occasional dog walk. This new ‘normal’ has been strange; Easter plans were slowly stopped one by one, and now I’ve officially moved back home thanks to Warwick Accommodation allowing early termination of on-campus contracts.

It feels like I’ve been anything but productive since I’ve been back – my work is getting done a lot more slowly than I want it to, I’ve done everything that isn’t work as well, from dyeing my hair (not as bad of a decision as I thought) to making my own oat milk and banana bread (one was wildly more successful than the other!). What I’ve realised though is these things that I’ve considered to be procrastination are actually something much more – a coping mechanism for a lot of change right now. For year 13s and final year students, the shock of not returning to the educational institution you’ve known for years no doubt worries you slightly – I know I still don’t feel ready to leave yet and I was hoping that the final term I had would be not only a fun time but also a good transition into non-university life.

A picture of my mum posing with some of the oat milk that we made! It tasted pretty good – but more maple syrup is needed next time!

Instead, I’ve been adjusting to working from home, writing a dissertation and 5 other essays and wondering what I’m doing after May 21st! My productivity has been varied, to say the least – some days, there’s a lot I can get done and others I might accidentally sleep until midday or not look at my computer for most of it. I was sharing this concern with my friends, who all pointed out that the period of adjustment and uncertainty we’re going through will have an impact on us in multiple ways – and that sometimes, forcing yourself to do work is more counterproductive than you’d think. Taking this view has really helped me spread my days out more and give me time to relax and take in what’s happening, adjusting to life and make time for myself. I’ve been trying to avoid the news where I can to stop myself getting more anxious which has been something else that I should have done earlier on in the process.

In the meantime, assignments go on and are providing quite a nice place to focus away from everything now that the pressure has been lifted. Hearing more about Warwick’s adjustments and measures to help students has also been reassuring, as well as all the departmental support GSD has been offering! It’s strange to think that in 3 weeks my final essay will be handed in and I’ll officially be done with my degree – which will give me a lot of time to think, reflect, and most importantly sleep!