What being in a sports society feels like: hard times, good times – OurWarwick 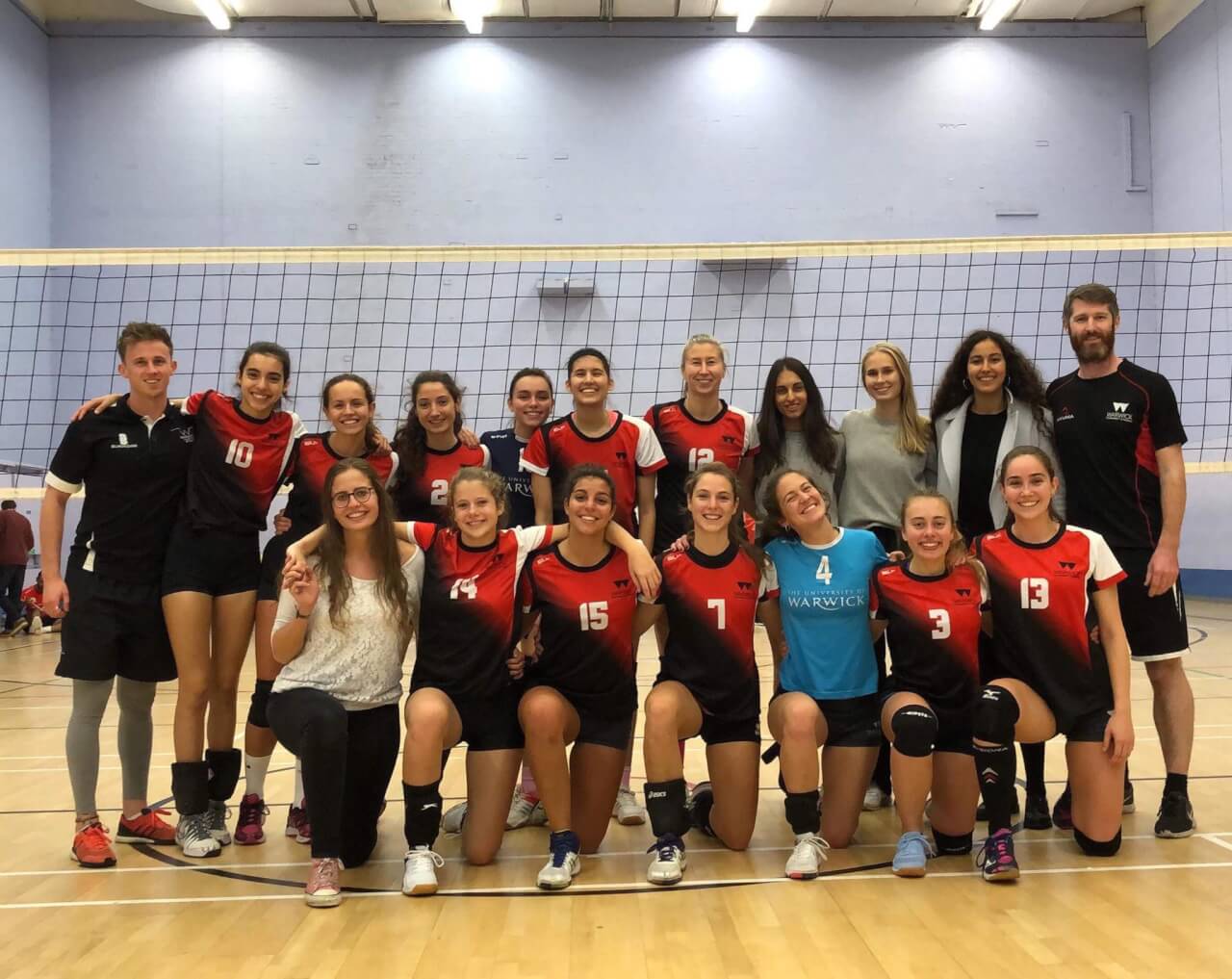 What being in a sports society feels like: hard times, good times

Being part of a sports team at Warwick was one of the aspects from my “must to” list. At the beginning of this year, I managed to tick that when I got into the Volleyball women’s 1st team. So far so good. I can say I kick-started my year. New people, new routine, a lot of sport, a lot of socials, great fun, great company, great time.

Everything went great…or did it? After a few weeks in, I just found myself having an extremely bizarre, unexplainable reaction of an inner panic attack that I would neither show to others, nor acknowledge to myself. I could not understand how I can experience such a peculiar feeling in the circumstances that, being part of the team was something I wanted so badly. I was thinking that so many people might be able to perfectly manage sport and study and so should I. However, I didn’t understand that adjusting to a new routine (giving the fact that I hadn’t played in so long) was a process rather than just a quick achievement. I became harsh on myself for failing to manage my time properly or thinking that I was not good enough. This obviously had no positive impact over my well-being, so changing my attitude was the first thing that needed to be done.

Firstly, it is normal to be scared. It was not the commitment I was afraid of, but rather of the way volleyball commitment will interfere with my studies and other activities I am part of. In the first few weeks, waking up at 5:45 am of Tuesday and 6 am on Friday so as to be able to make it on time to campus for the compulsory fitness sessions seemed impossible to achieve and I would therefore feel exhausted throughout the whole day because of the lack of sleep I was getting.  The problem was that I set off with a mindset that “how on earth am I going to do this?”. In addition to that, because I hadn’t played in so long, there are a lot of things I forgot and a lot of things I didn’t even know how to do and which I am therefore struggling with at training. This made me less confident in myself and extremely frustrated when I would miss a pass, blaming myself for any bad turn of the set. Then there came the times when the game won’t go as planned and, even thought there was a lot of training behind, we would lose. There is a lot of pressure coming from both the outside environment – you’re representing Warwick, keep the standard high – and from the inside – I’m in the first team, I need to prove I deserve to be there. When all these thoughts accumulated, I just broke down.

This is not a sad-ending post though, so let me tell you what I’ve learnt.

Firstly, there is always going to be pressure coming from your desire to do good, to raise up to the expectations. And this is good. Thriving to be good is the engine that keeps you moving and gives you motivation to want to improve. However, this feeling can consume you if you don’t know how to tame it. The pressure can shadow the element of fun. Do you have fun while playing? Do you enjoy it? And by “you”, I refer to the plural. In volleyball there is not “me”. It was me and other 16 girls, plus a lot of people in the other teams. It was not me winning or losing a point, waking up early in the morning, getting used to the new environment of people, it was us. Before our first social, one of the girls said: “Girls come, because we’re going to be spending a lot of time together this year so, the closer we’ll be outside of the court, the closer we’ll become on court”. The team is not for two hours during the game, the team is for the whole year.

If you see a bunch of sleepy girls on the front sits at the upper floor of U1 at 6:40 on Tuesday morning, it’s us. If you see (or, most of the times hear) a bunch of people in the library café at 9 am in the same day, it’s still us, taking breakfast together. If you saw some people playing volleyball on the Piazza at 4,5,6 am on a Wednesday night, yep, still us. If you happen to hear the “Afro circus, Afro circus” melody being sang in the Desso Hall, it’s surely us cheering each other during an official game. Most of the people appearing on my Instagram on those “nights out” stories are them.

Spending time with them outside of the court is what made us a team on court. I still have moments of frustration when something goes bad, I still get very nervous during games, I still feel pressured sometimes and these are feelings that are never going to go away. However, what I also have in this moment is a team to rely on. Building trust in myself meant building trust in one another. We are still doing that, it’s a complex process – it’s not easy. But you feel it growing and growing with every encouraging word, with every coordination between us, with every cheering song, with a hand on the shoulder saying: it’s fine, we’ll get the next point. Every piece of advice builds trust, every aspect of my personal life I choose to share with them builds trust.

Therefore, if you are in a sports team and you feel overwhelmed, it’s fine. It takes time. It’s a lot of commitment. It drives me through a lot of emotions. It is joyful, it is frustrating….and it’s something I’m sharing with all my team mates and that something I won’t trade for any other experience in the second year. 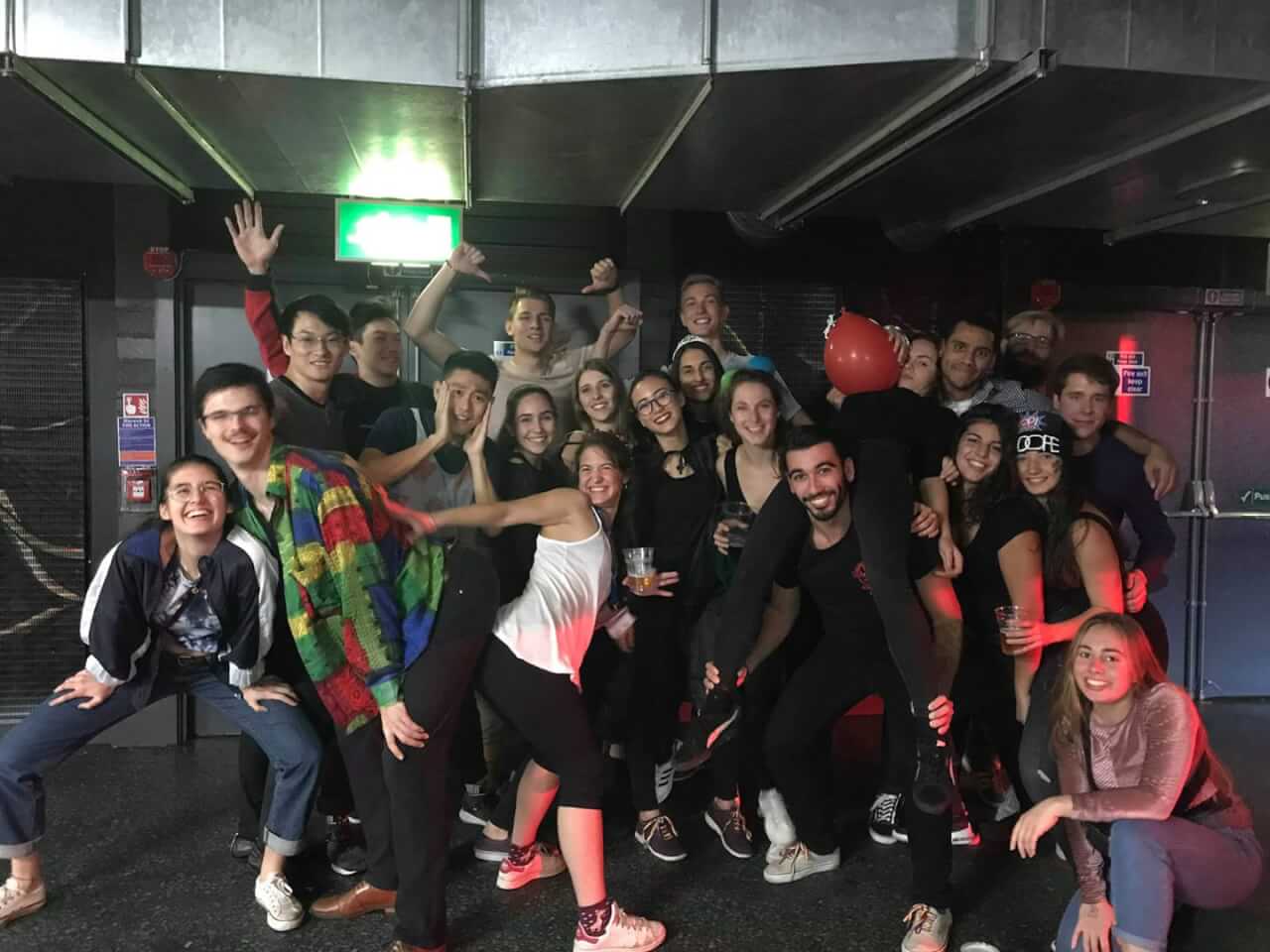