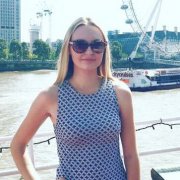 As I mentioned in my last post, term 2 of my final year at Warwick has been amazing but it has also been very intense. To reward ourselves for the hard work we’ve put in, my friends and I decided to attend the Warwick Literature and Languages ball – often shortened to ‘the Lit and Lang ball’ – which is hosted every year around March time. I was lucky enough to attend in my first and second year at Warwick; the first was held at Chesford Grange Hotel in Leamington Spa and the second at the Britannia Royal Court Hotel in Coventry. This year the location was Coombe Abbey Hotel in Coventry and the theme was masquerade. After missing out on the ball last year as I was working in Berlin on my year abroad, I had high hopes for the evening but nothing could prepare me for the glamourous and sophisticated setting of Coombe Abbey. The evening began with a coach pick-up from Leamington, or in my case the Warwick campus, and we arrived at the venue at around 7pm. As you can see from the photos below, the venue looked so beautiful lit up at night and the event itself took place in a marquee which could hold up to 500 people. There were around 250 guests in attendance which meant there was plenty of room to move around and mingle.

It was so incredible to see my friends dressed up in formalwear and have a well-earned relax with a glass of prosecco. There was a three-course meal and cocktails included in the ticket price and although the drinks were a little pricey at the bar, I haven’t been attending any society events recently due to essays so I managed to justify the spending. There are several formal events on offer throughout the year at Warwick and you don’t necessarily have to belong to the department to attend. For example, you could bring along your flatmates studying engineering to the Lit and Lang ball and they would be able to sit on your table. Other popuar events are the Warwick Sports Ball, the Warwick History Ball and the Graduation Ball. The entertainment for the Lit and Lang ball involved Warwick Big Band, Warwick Ballroom, Warwick Salsa and even Warwick Magic Society so there was always something going on on-stage. It was fantastic to see so much talent on display from the different Warwick societies. Following the entertainment and the meal, the DJ began his set and the dancefloor opened up.

All in all, every one of my friends had a fantastic evening and we’re all so grateful to the organisers of the event who managed to pull this off, put in so much attention to detail and gave us final years a break from our studies and some lasting memories.