Warwick campus is lovely – I mean, sure, there is a lot of concrete (it was built in the 60s, after all) – but even if you’re not a huge fan of the architecture, there’s a lot of nature peeping through too! I’ve mentioned this several times before now, but I’m a countryside girl so I was a bit nervous about moving to a city, which is why I love campus so much, because it’s the perfect mix of both. Despite the campus continually expanding in terms of its buildings and facilities, you only have to walk ten minutes or so in some directions to be in the heart of fields again. But even in the centre, there’s plenty of trees and plants and always some wildlife to be spotted too, from geese to squirrels.

I love watching campus change through the seasons. Walking the same route from my house to the bus stop, then off the bus into campus nearly every day means I can pay attention to the little things, like the first blossom, or the first frost, or the first time the ducklings venture out, and it always puts a little spring into my step in the morning (unless it’s dark and raining: this is Britain, after all). Spring is the best time of year for this, and even though I’ve been feeling pretty stressed with how much work I have to do over Easter and the next few weeks, the other day I took a minute to stop midway through my journey into the library and take some quick pictures of the flowers and blossom which are making campus so bright and colourful to remind me why I love it so much. 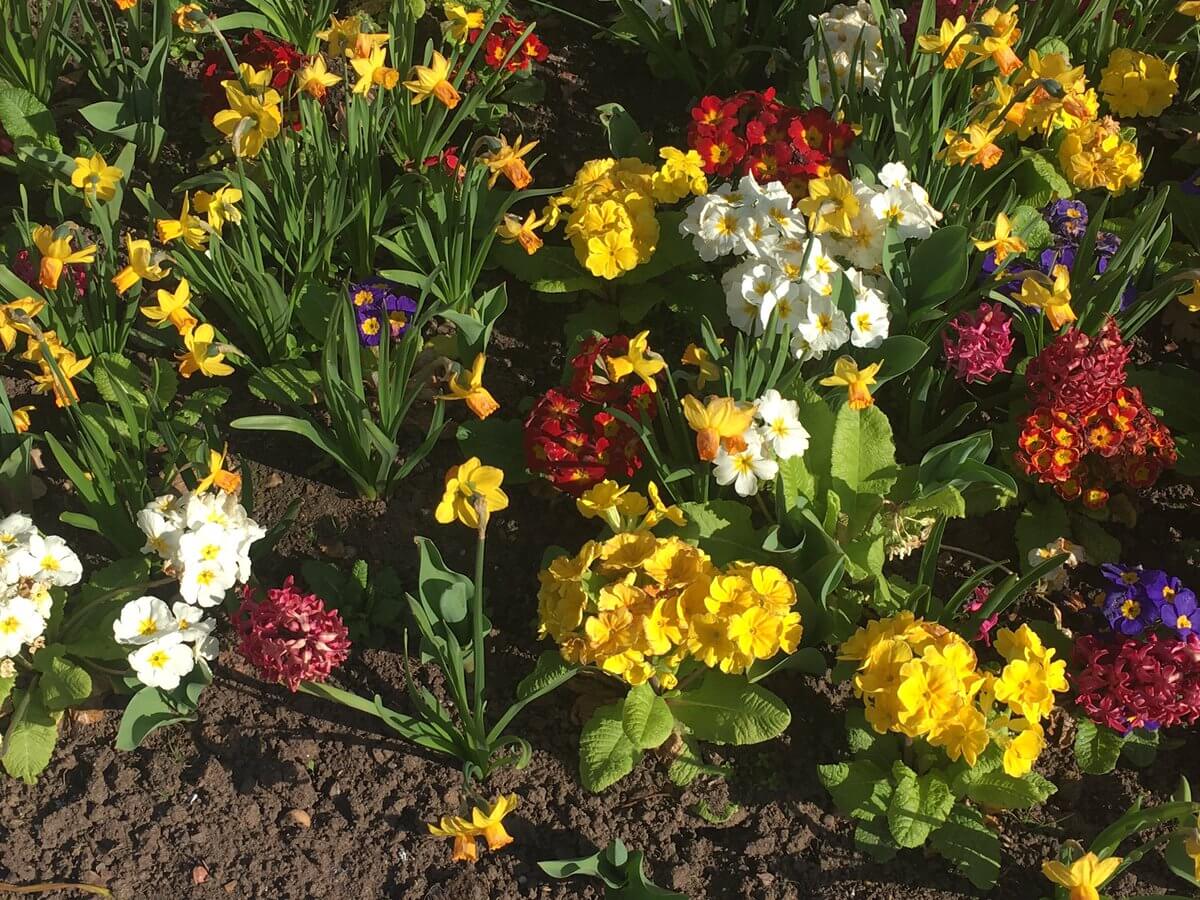 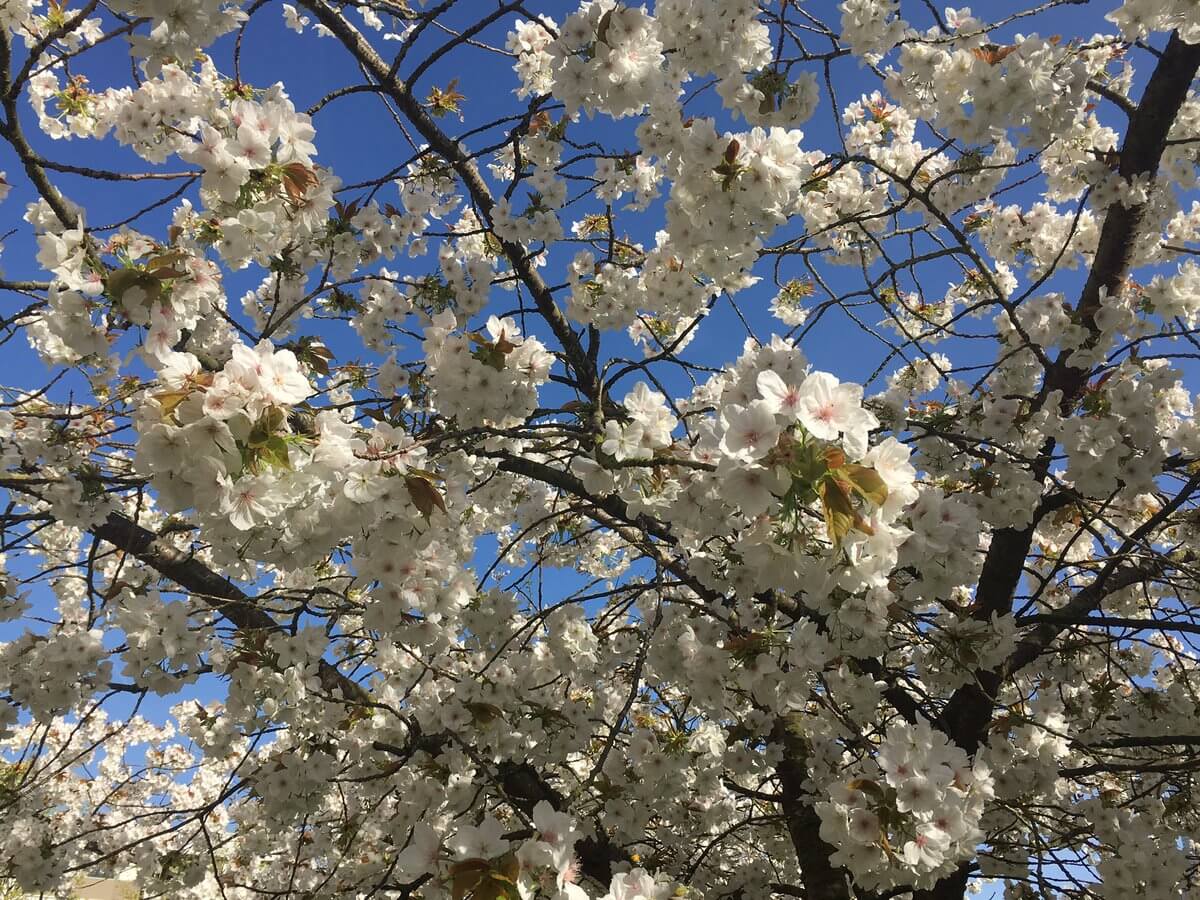 Spring blossom on the trees between the Library and Humanities 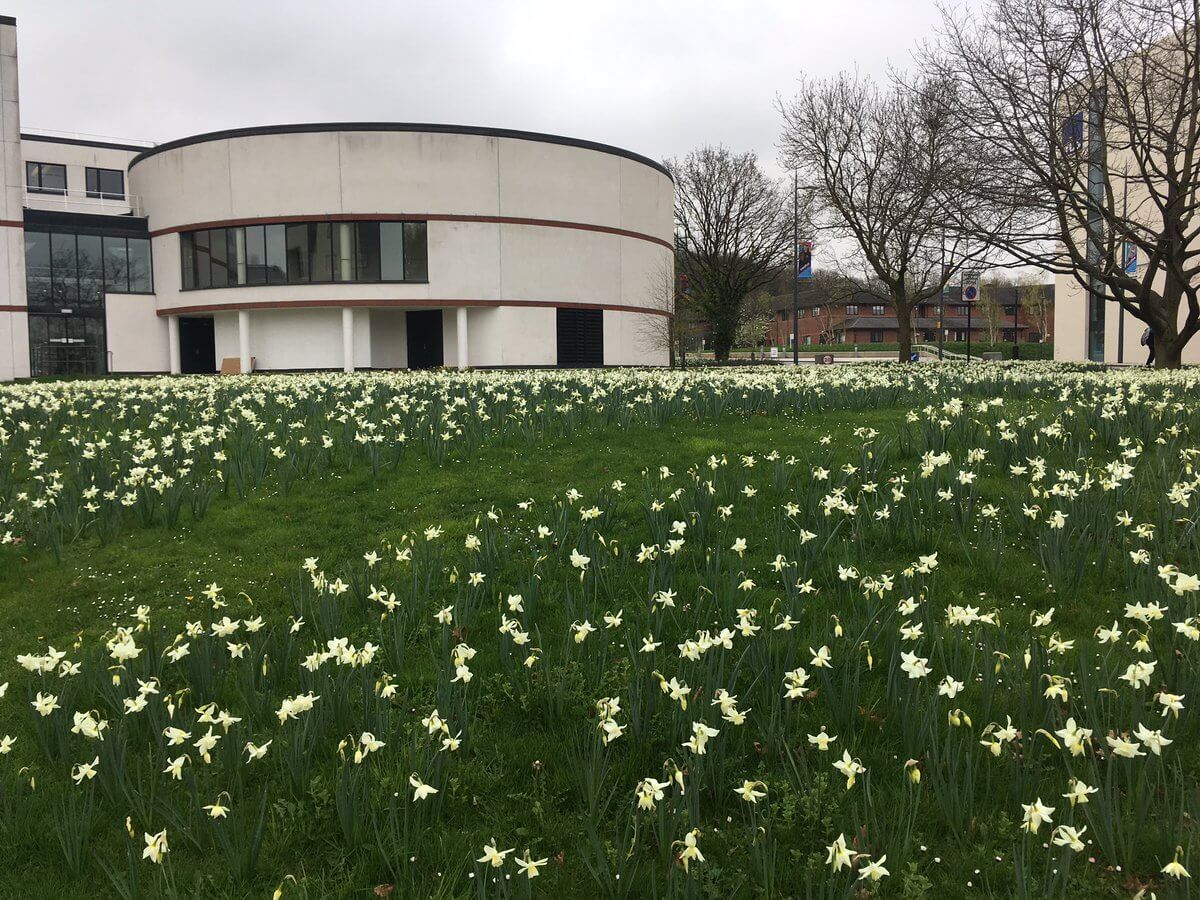 Daffodils by Ramphal building/ Warwick Business School. The daffodils are my favourite – unfortunately they’re looking a little limp in this photo (which only shows about a quarter of the area they cover here) but they’re truly beautiful. They come out in two spurts – first the yellow daffodils come out – this year it was about early March – and then just as they’re dying, the white daffodils come out! They’re EVERYWHERE on campus and they really brighten it up: when the daffodils come out, you know spring’s not far away.