Want to do something at university and get some extra dosh? Be a Student Ambassador! – OurWarwick 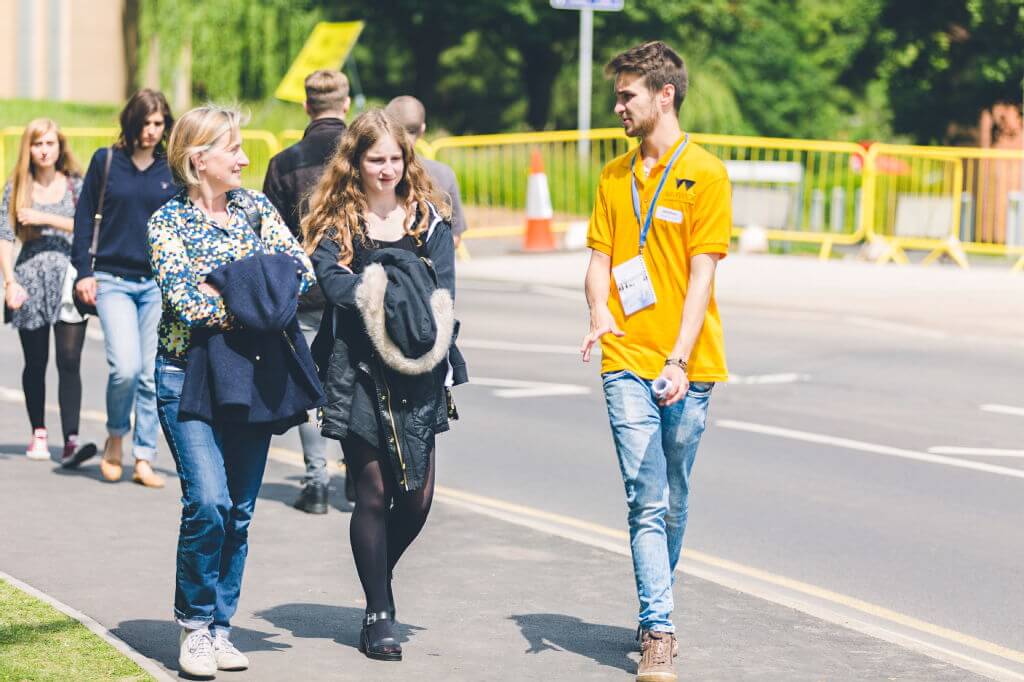 Want to do something at university and get some extra dosh? Be a Student Ambassador!

You might be asking yourself, what is a student ambassador? If you had visited the open days of the universities that you were thinking of applying, you probably saw some university students dressed in a kind-of bright jacket or t-shirt, guiding people around. Well, those are student ambassadors. It’s quite a fancy name, isn’t it?

I think I applied to be one at the very start of second year, around September. It is a pretty easy application, and they will then send you an email saying whether you have been assigned the post of not.

Right, so… what do you even do? A couple of days before the Open day (I had to do two but a lot of people also work in the Open Day in June), they will assign you the place where you will be. I got SO lucky, as in the two open days I was assigned in the Arts Centre (where the biggest talks take place) and the Humanities Building (where there are some talks about History, Psychology and Languages). However, some people got less-fun jobs: my friend’s first Open Day task was ‘way finding’ (basically having a gigantic foam finger to direct people to where they needed to go – not that fun when it’s 7 degrees outside!).  As you can see, you can get lucky and have the Humanities Building or you can be stuck outside leading people around campus.

You might be thinking now, why do it? Is it worth it?

Honestly, I think it is so worth it. Here are a few pros and cons:

–       Money: working for the university is so much better than working anywhere else. They are not stingy with how much they pay you, I got a bit more than 100 pounds for two days of work. So it’s pretty worth it!

–       It’s on a weekend: Open Days are usually run on Saturdays, which is great if you are a visitor and if you are an ambassador. This means that you don’t need to skip any classes in order to work for the whole day as a student ambassador.

–       Free lunch: as you will be at university for the whole of Saturday, the university offers you lunch. You have a choice of so many sandwiches, crisps, fruit and snacks. Plus, if you are nice enough, you could ask for an extra bag of crisps. A classic British lunch it is

–       Free pint: at the end of the day, each ambassador gets a voucher for a free drink from the Terrace Bar: it could be a pint, some lemonade, or even purple if you are feeling daring. It is quite nice to finish the day like that.

–       You get to meet so many people: I have realised that the majority of my friends are doing the same or a similar course as mine (big up, SMLC). When I became an ambassador, I met people from every department, which made us chat a lot about the different ways the departments run.

–       You get a connection with the people that work full-time at university: I remember talking to this lovely cleaner in the Humanities Building about the weather and about how many people are attending the Open Day. Even if it was just small talk, it is so nice to have a conversation with someone that sees you as not a student, but as a worker.

–       The bus: I mean, people come as early as 8am to these Open Days… if you are a student ambassador, be prepared to wake up at the crack of dawn to get into a bus into campus (the university rents a bus as there aren’t any public buses at 7am). The good thing is that there is free coffee and tea as soon as you arrive on campus, so you won’t be feeling like a zombie all day.

–       The weather: it is something unpredictable, but if you have a job outside, it really sucks when you cannot go inside a building until your break.

Anyways, I hope this has helped you gain some information about being a campus ambassador. I really enjoyed being one, it was a very fun time and it didn’t take too much out of my study time. If anyone is thinking about it, I would say go for it!