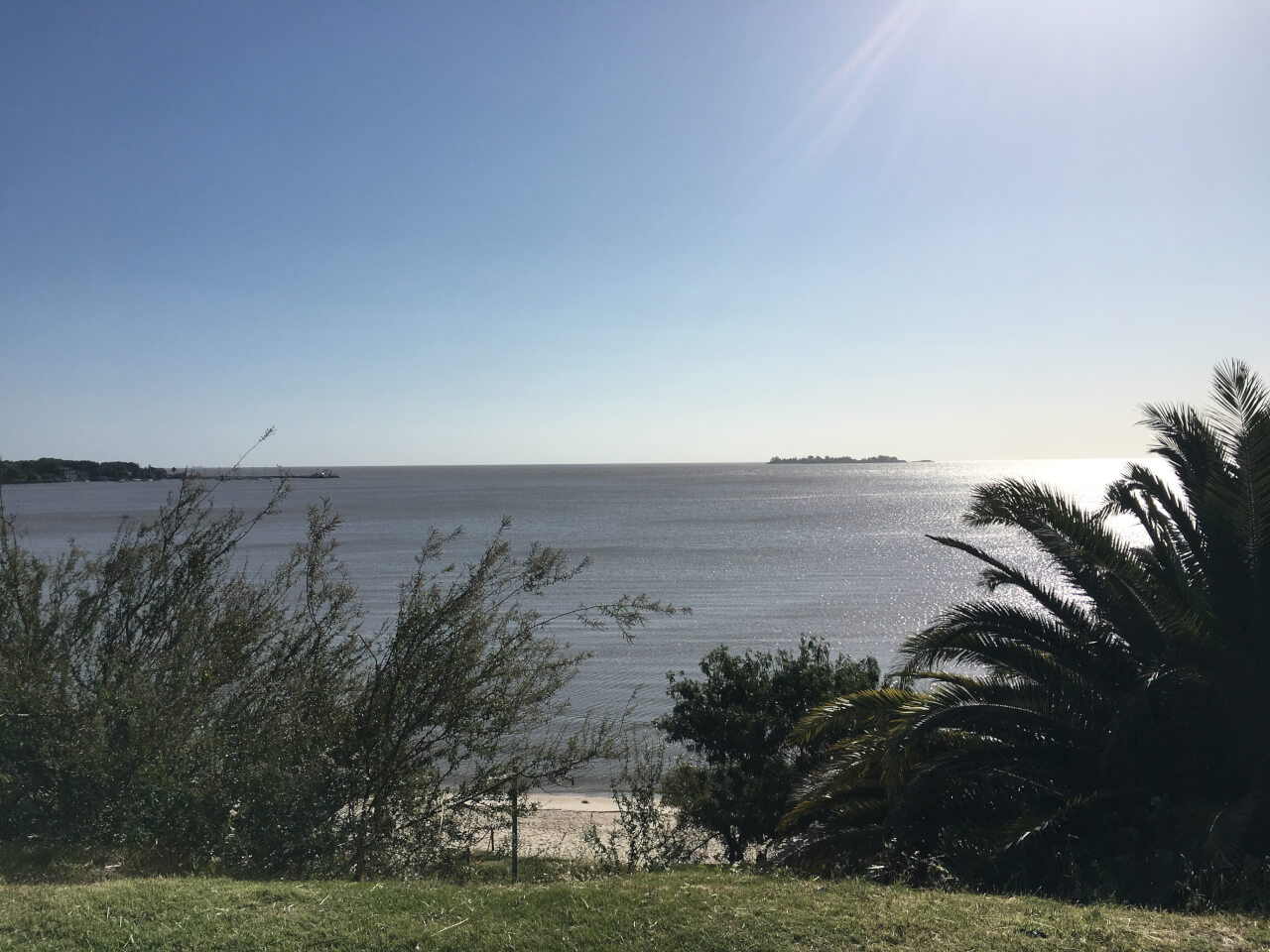 After leaving Chile, I have spent the last week in Buenos Aires, Argentina, one of the most gorgeous and incredible cities in the world, feasting on steaks, enjoying tango, and visiting all of the wonderful buildings that make up the “Paris of South America.” However, whilst I assure you that my love letter to the city will be published shortly after I leave next week, I thought I would share my brief trip to Colonia del Sacramento, a town opposite Argentina’s capital in the southwest of Uruguay.

Arriving fresh near the ferry port at 6:30 AM for our 9:00 AM ferry, after being assured that “ABSOLUTE FINAL BOARDING WILL BE 90 MINUTES BEFORE DEPARTURE,” we were greeted by a half an hour dash to actually find the ferry (you’d think it would be super obvious because it’s massive, wouldn’t you?) which was only stopped when two young, wonderful Navy officers helped us, and a two hour wait at the terminal before being able to board the “Colonia Express.” However, anything to be able to get more stamps in your passport, right? 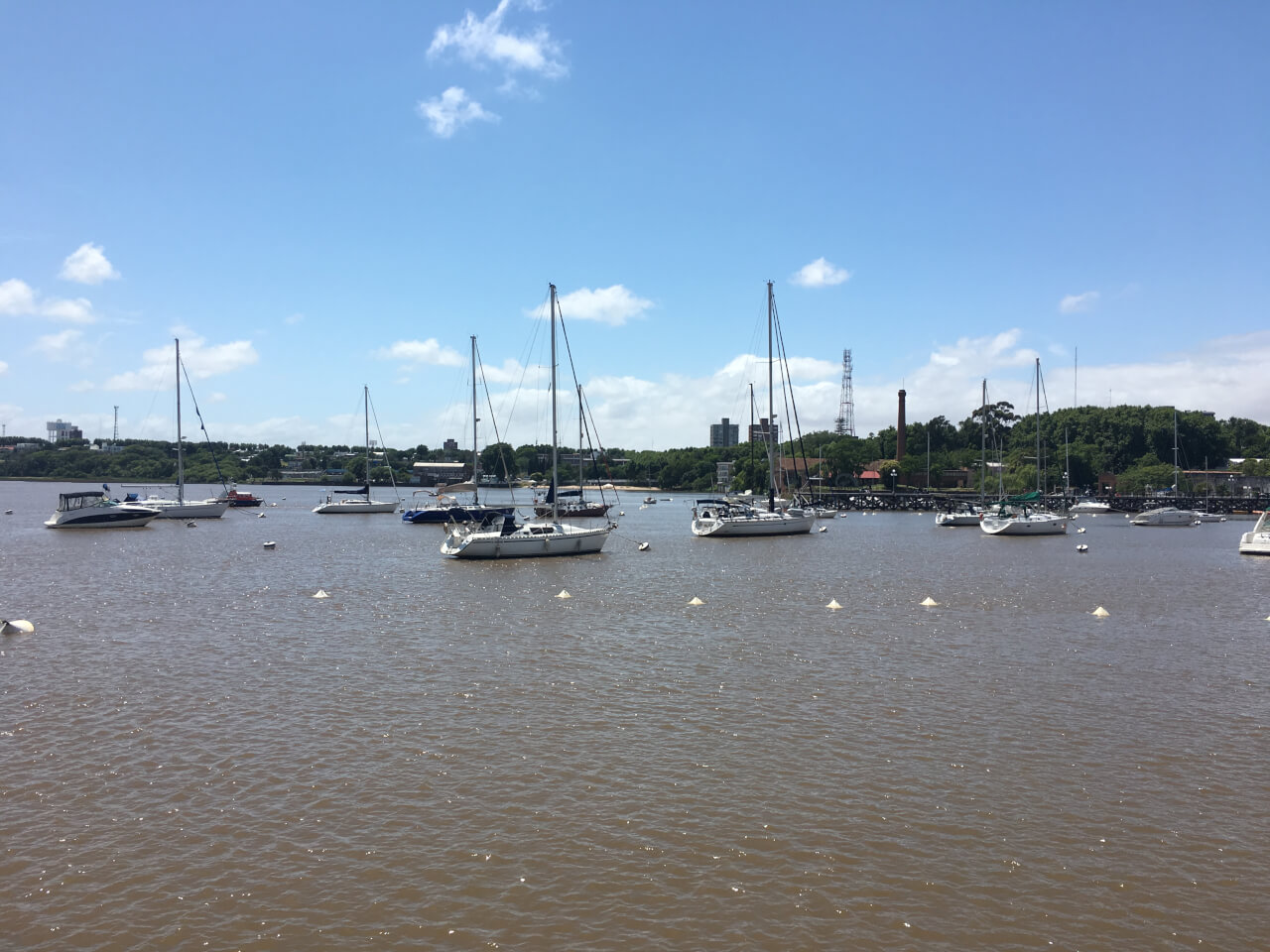 Sometimes it felt that the wait took so long, it would have been faster to have taken one of these across the river

Once set off, however, we sailed along the Rio de la Plata, towards Uruguay, and the ferry only lasted 75 minutes. What greeted me (after, of course, immigration and information offices in the arrivals port) was immediate signs to the Centro Historico, the oldest part of Colonia, and actually one of the oldest towns in the country. Having been controlled by Spain and Portugal back and forth repeatedly throughout the centuries, until Uruguay became an independent nation in 1828, there were a fair few Portuguese influences in the old town, especially street names, making me run screaming being unable to understand.

However, walking around the old town, it was easy to understand why it is considered a UNESCO World Heritage Site, with its chocolate- box colonial architecture, tree-lined Plaza Mayor, and the famous Portón de Campo (the city wall), all of which were mainly constructed in the 18th century (but have had a few facelifts since- anything to impress the tourists!). 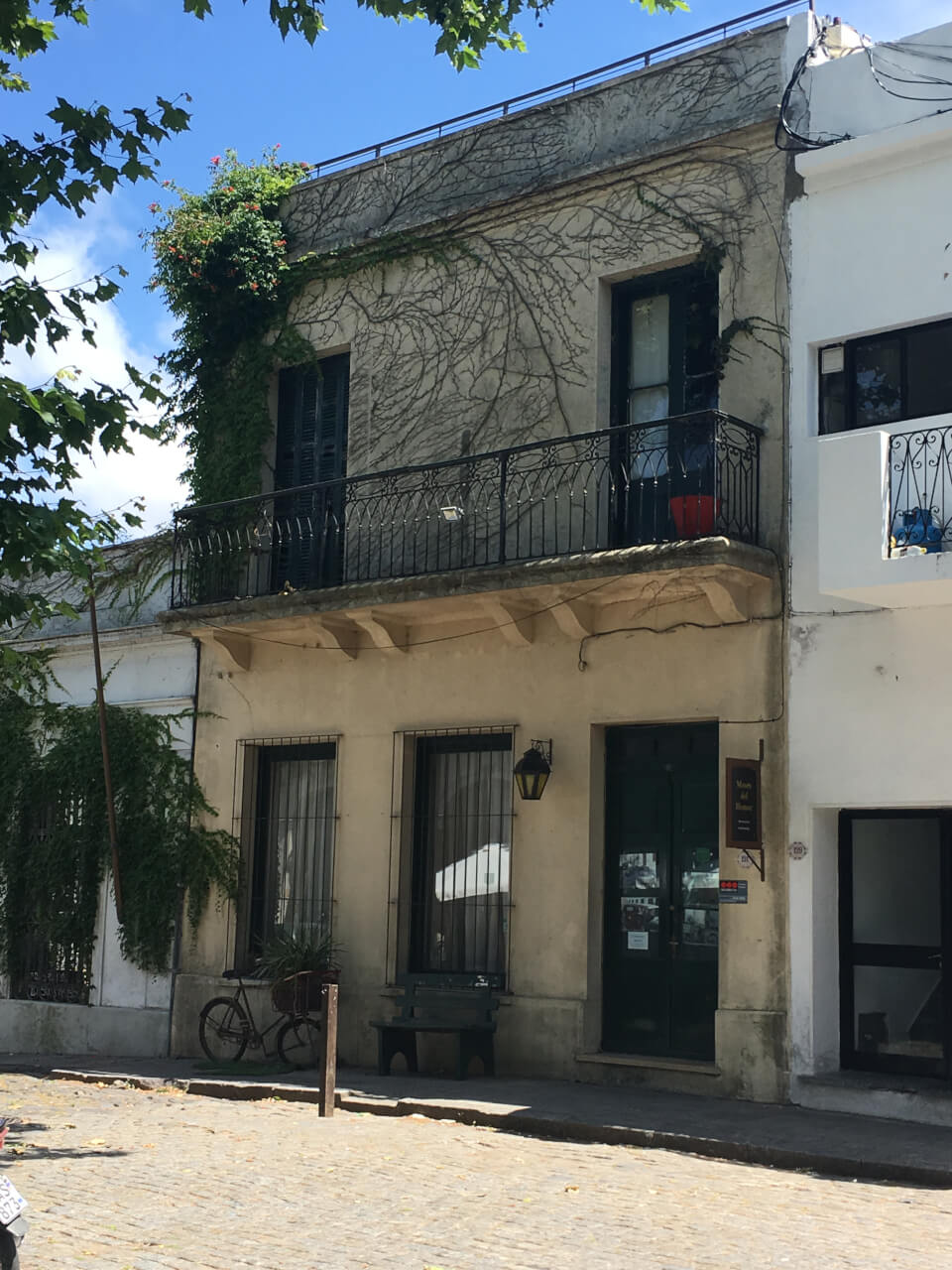 However, the old town is tiny, and after feasting upon a lunch of paella (yes, I know, very un-Latin American) soon we were off to explore the rest of the town. With only a population of 26,000, Colonia is quite small, and to be honest, the majority of people we saw seemed to also be day trippers from Buenos Aires.

Nevertheless, with the main road being 6km long and featuring constant views of the river and the quiet suburban life of Colonia, off we set. We had heard that it would be possible to rent bikes to cover the distance, however, unfortunately, we were unable to find them, leading to 38,000 steps walked and some stiff legs the next day. Alas, anything for the sea views…

And anything for a photo next to the famous “COLONIA” letter statues… you’ve got to get an Instagram! 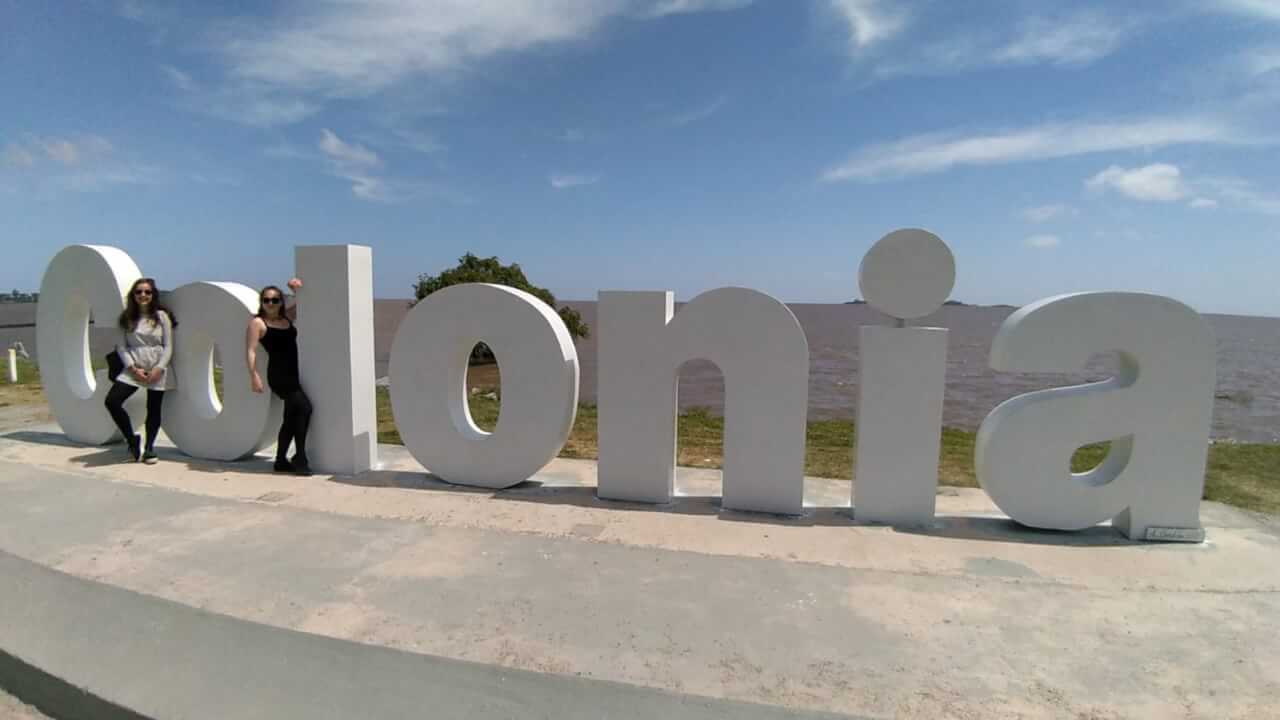 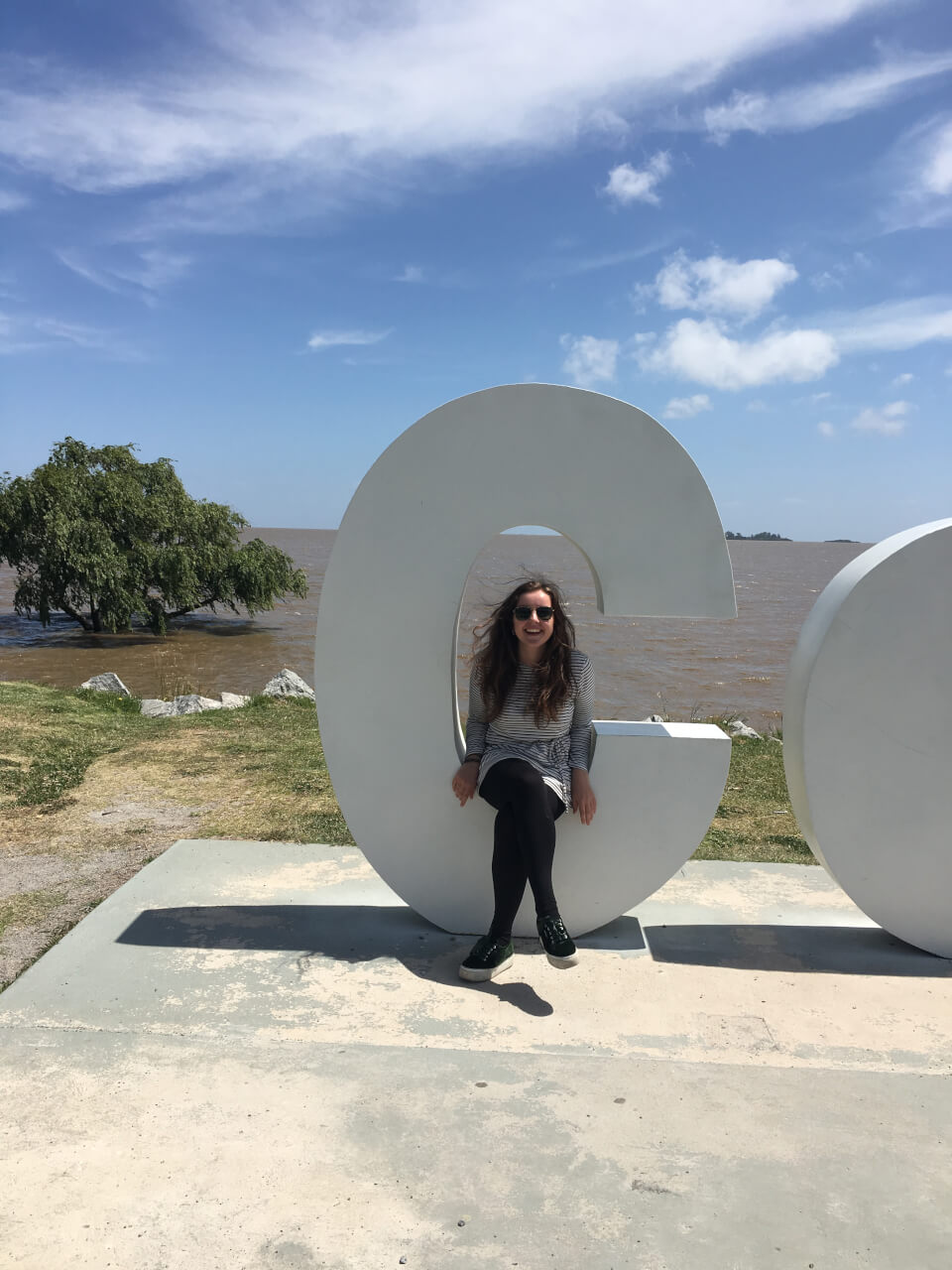 Yes, I did try to get on top. No, it did not go successfully… 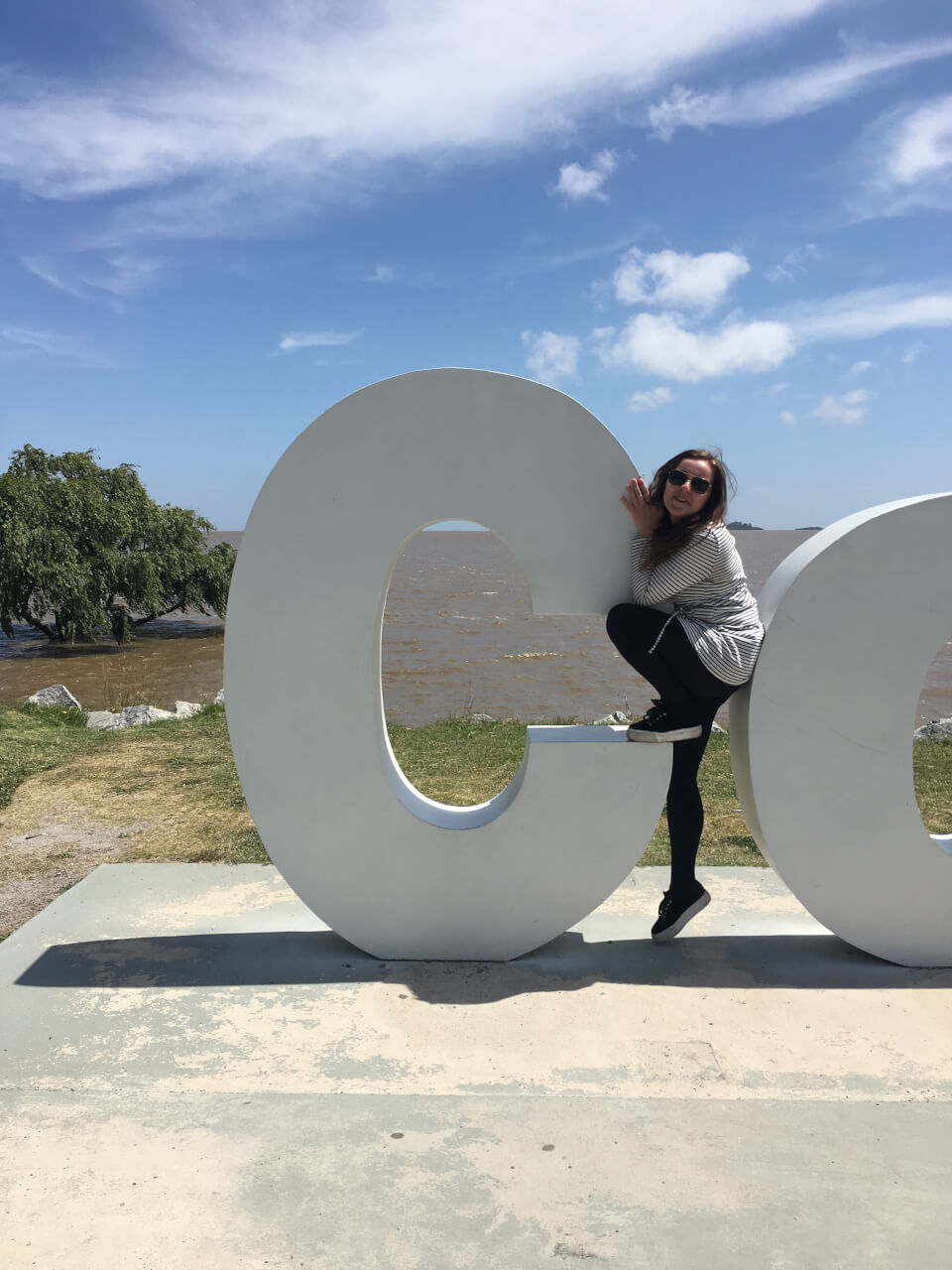 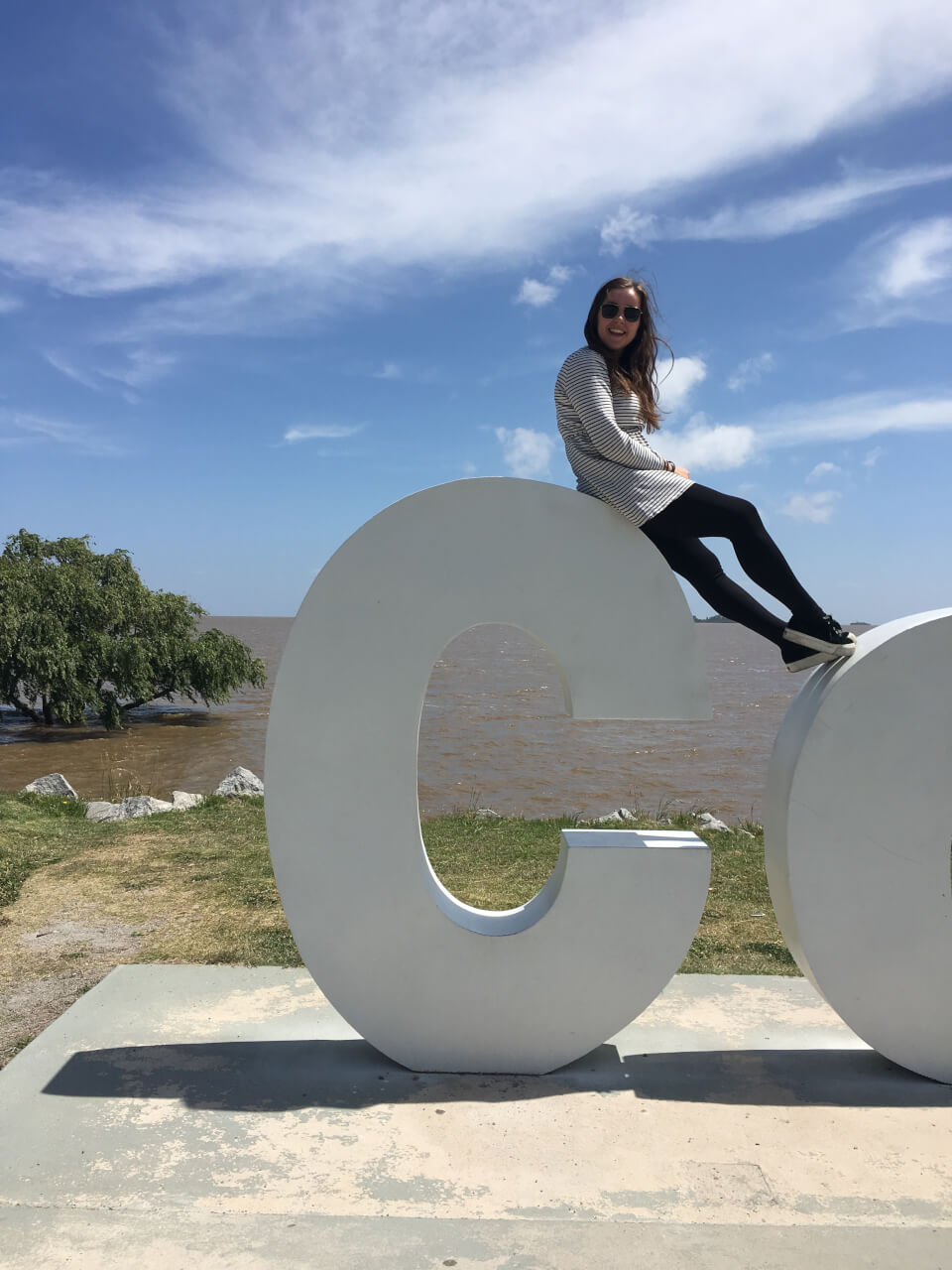 Kind of, sort of, not quite, almost on top…

The final stop was visiting the Plaza de Toros (Bullring, but come on, we all remember this one from GCSE Spanish)… 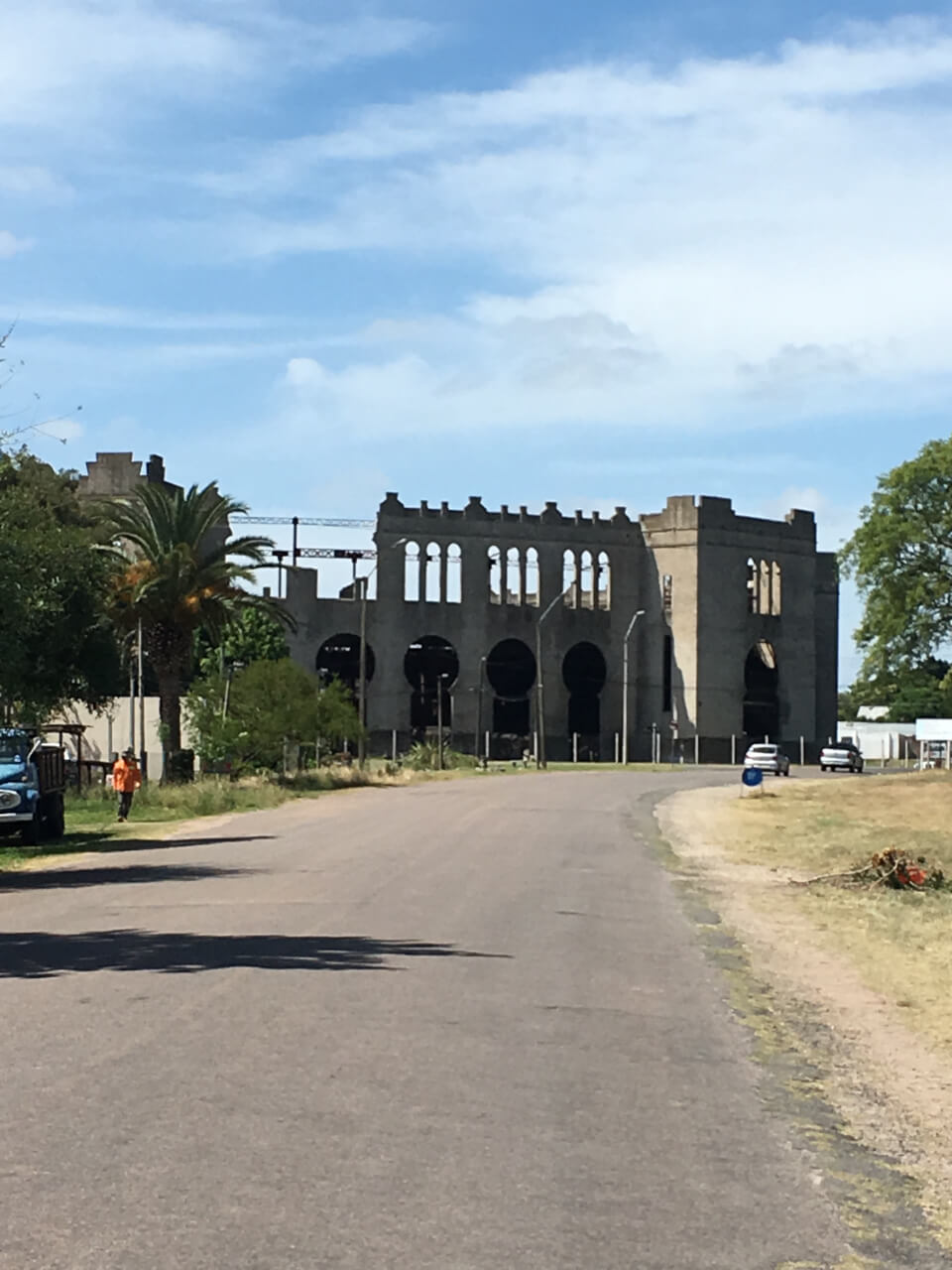 Built in the early 20th century by a Spanish family of bullfighters, now abandoned, it is now impossible to get inside, and after walking the final 1km to it, I won’t lie, it was a bit disappointing.

And then it was time to run back to the ferry, redo immigration and security checks, collect 2 more stamps in the passport, and return to our little apartment in Buenos Aires. But, not before taking an hour-long ferry, walking half an hour to the closest subway station, and then taking the 25-minute metro to our stop, and walking the final 20 minutes home- to call it just a long day would be insulting. Colonia was pretty wonderful, and I am sad I don’t have more time to explore more of Uruguay, as I really knew so little about it before visiting and it is possible to visit the capital, Montevideo, by ferry. However, I still have more of Buenos Aires and its nearby towns to see. Hasta luego!!