Tramps for Life make it to infamous Aberdeen and back in one piece! – OurWarwick

Tramps for Life make it to infamous Aberdeen and back in one piece!

It has been exactly three months since I took part in Warwick Jailbreak—a 36 hour event where all participants have to try and get as far away from campus as possible with no money. To be eligible to take part in the competition, every participant has to raise £60 for the Worldwide Cancer Research Foundation.

I was taking part with two other friends of mine and we were called the ‘Tramps for Life’. Our aim was to reach John O Groates, the northern most point in the UK.

On the day of the event, we headed out to the piazza from where the event would begin. There were about twenty odd teams, all competing against one another to win jailbreak. The majority of the teams had put on a fancy dress, just so that it is easier to get hitchhikes, but since we decided to take part last minute, we did the best we could. We put neon colours on our faces and wore floral crowns.

After everyone took pictures and were handed the goodie bags, which included an instructions guide, filled with challenges to compete along the way, some candies and food, we headed out to the piazza to break the Guinness World Record for most people holding hands and getting up (there is a new world record every year that they break so brace yourself for the next one!). The weather was absolutely terrible and we were all covered in polybags to protect ourselves from the rain, but the sense of achievement we got after finally completing the challenge, after several failed attempts, was tremendous.    As the hands of the clock drew to ten o clock, the final countdown began and we all ran as fast as we could to Cannon Park. Our plan was to try and find someone to hitchhike with in the petrol station, but when that failed, (since the majority of them were locals lol) we headed out to the bus station from where we successfully got a free bus ride to Coventry bus station. We thanked the bus driver for being so considerate and upon reaching the station, and after taking a few cheesy pictures of Coventry University, we tried to locate the next bus to Birmingham.

When we asked the guy on the ticket stand about the next bus to Birmingham, he told us it would be arriving anytime soon. He told us to show us his tickets but when we said we did not have any and were, in fact, hitchhiking for charity, he said there was no point in wasting time in trying to get a free ride and told us to buy a ticket. We still were persistent and tried our luck straight with the bus driver, as the previous one had let us on. We crossed our fingers behind our back and explained our cause to the bus driver and he was generous enough to let us on!!

Our next plan of action was to get the bus to Aberdeen from Birmingham. That was our only hope of getting as north as possible in the shortest span of time. If it did not work, we would have to hitchhike on the streets of Birmingham. We stayed optimistic and promised ourselves that we would do all it takes to get on that bus.

As soon as we reached Birmingham after about an hour, we checked, Google maps, and had literally five minutes to get to the bus. We started freaking out and were running through Selfridges and the Bullring, across New Street before finally making it to the bus station, breathless and exhausted but heaving sighs of relief, as the bus was a bit delayed.

The bus instructor on the platform was checking tickets and after some hesitance, we explained to him confidently that we were hitchhiking for the Worldwide Cancer Research Foundation, and it would mean a lot for us if he let us on for free. After contemplating for a few minutes, he told us that there were a few seats available, and we could jump on.

We could not believe it!!! We just got a free ride all the way to Aberdeen, a city 398219038 miles away from Warwick. It was an overnight trip and was going to take approximately eight hours. We were exhausted, and made the most of our spare time, and decide to catch on whatever sleep we could. 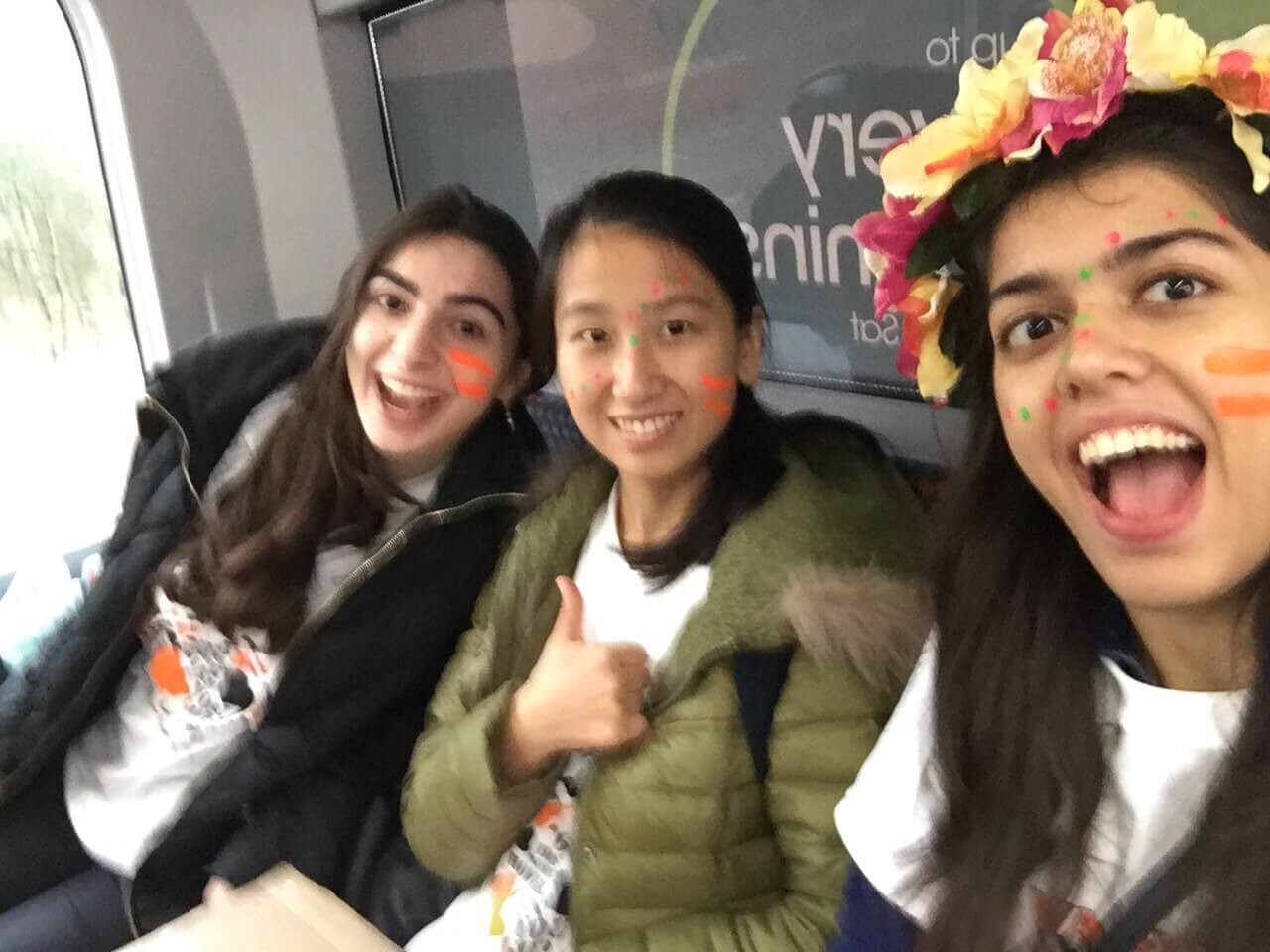 The bus ride was eternal, but we were lucky to be in the company of one another. It would be night by the time we arrived in Aberdeen, and so we needed a place to stay as hitchhiking would be pointless and challenging. We started making conversation with this girl on the bus, who was sitting with us, who was a student just like us and was going to meet her sister and stay with her for a week. We explained our situation and asked her if she had a place for us to spend the night, but unfortunately, she said her sister had a tiny place and wouldn’t be able to accommodate us.

Dejected but not defeated, we asked around, and it turned out that our only option was to stay in the 24X7 McDonalds (we were the true tramps) till the wee hours of the morning till we could start hitchhiking again, and make our way to John o Groates.

As we reached Aberdeen and got off the bus and started heading in the direction of McDonald’s, I told my friends that we did not get the chance to say bye to that girl and so we should go and thank her at least. We went over to her and thanked her and happened to meet her cousin, who had come to pick her up. We were going to leave when she seeing us in person, (seeing that we were not actual tramps) changed her mind, and said that she could make place for us in her living room. We thanked her profusely and walked with her back to her off campus accommodation.

Aberdeen was buzzing at night and was absolutely beautiful. In less than 12 hours, we had made it here, and we were ecstatic. Everything was going uphill, and we did not want to jinx it. Other teams were in southern parts of the UK, trying to cross the channel through the Port of Dover. 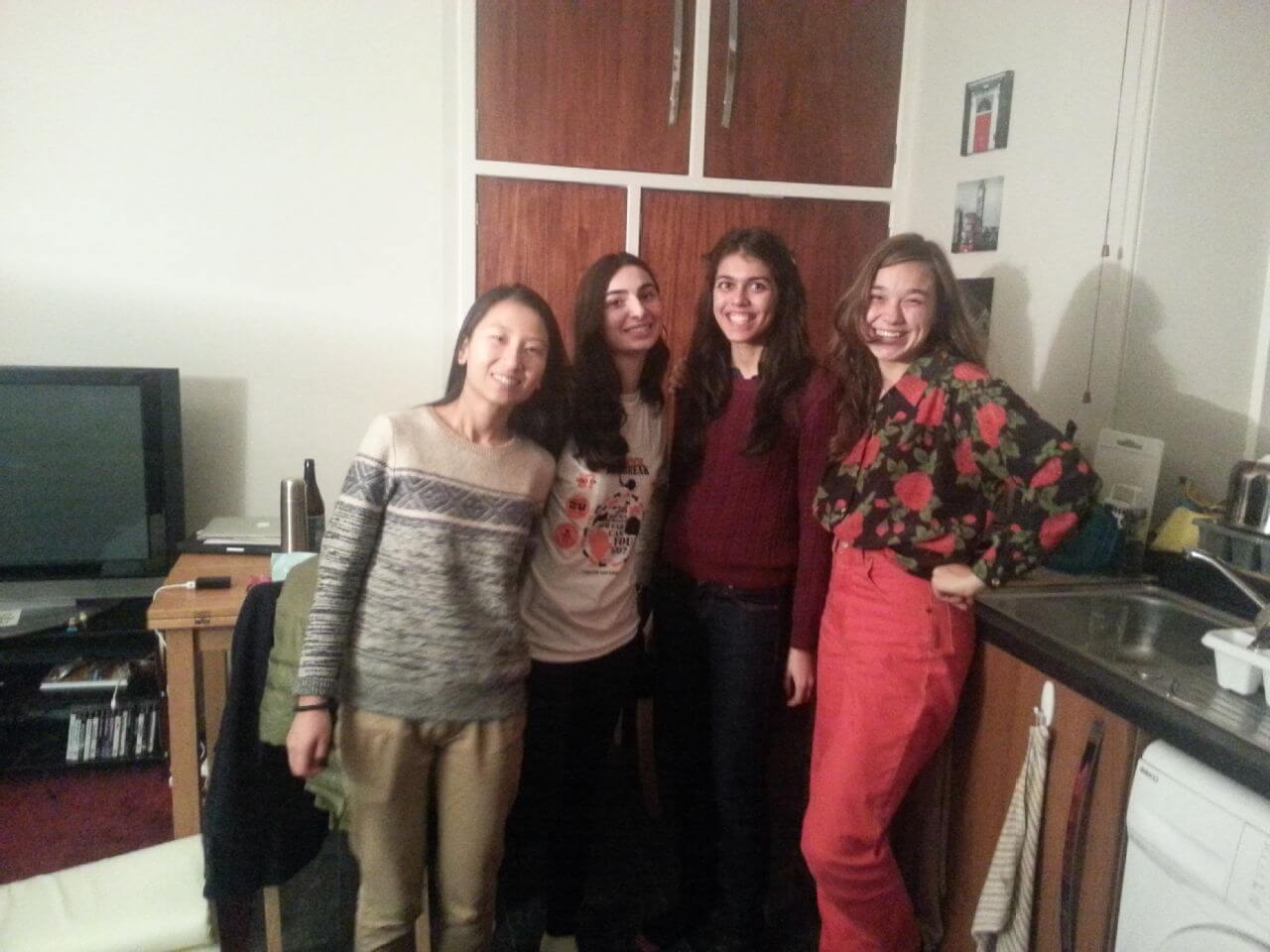 We ended up sleeping on her couch, but as long as we had a roof over our head and something to sleep on, we were good. We decided that the next morning, we would get up early and start hitchhiking further north, from the well known, Great Northern Road.   Upon getting there in the freezing temperatures, we began hitchhiking. After hours and hours of sticking our thumb out and holding our board up, it seemed as if everyone was either going south or just did not have any room to fit three of us in. 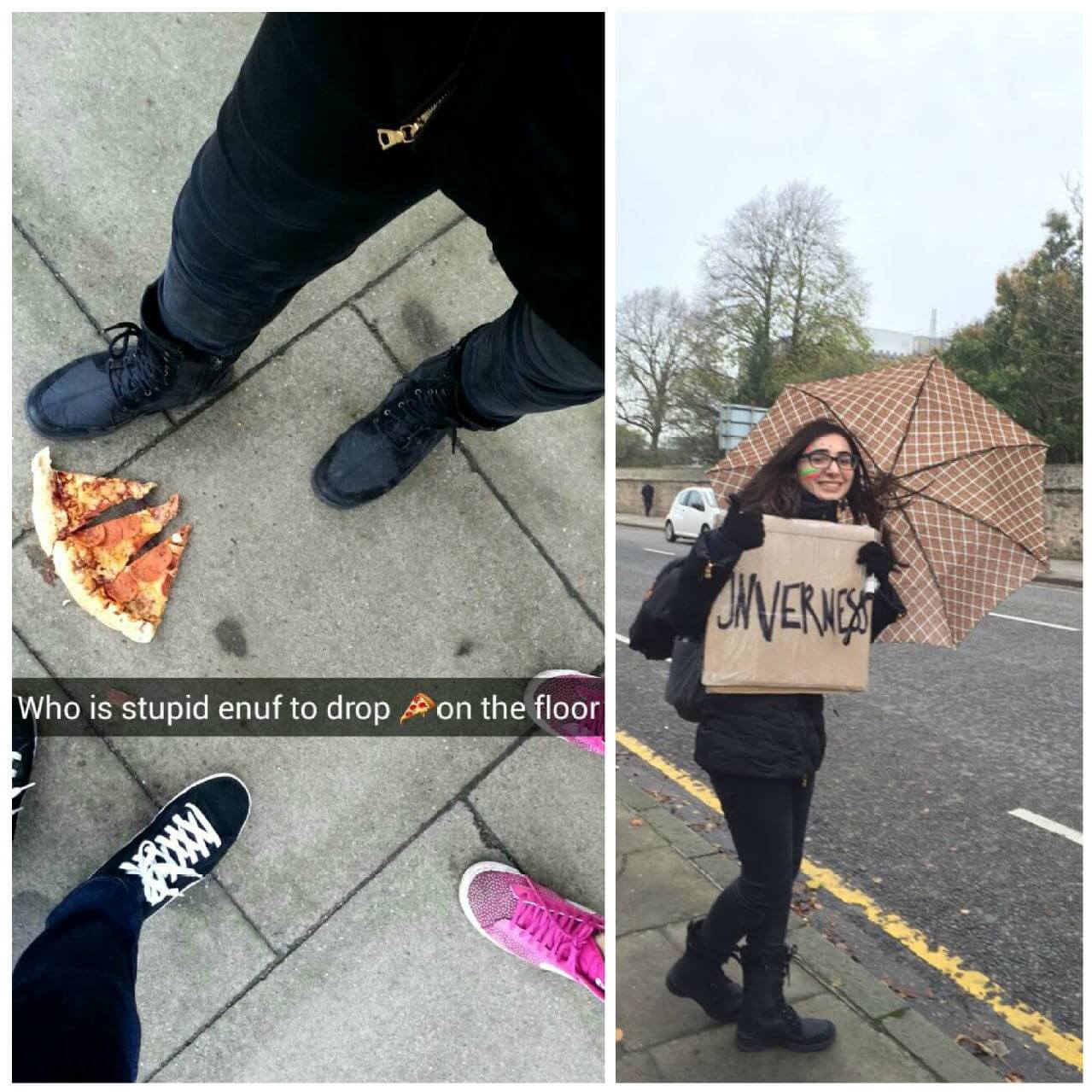 We tried our luck in petrol stations and McDonalds next, asking every car and table respectively, where they were going and if they were ready to take us. After a few hours, we were able to find a family, who was going to Inverness, our next go to destination, but unfortunately, they did not enough room to take us! Don’t underestimate the curse of Aberdeen!

Exhausted and completely drained out of energy from having walked around Aberdeen and tried and tested all our options, we concluded that it was time to return to campus.

While walking to the main station, we stopped over at a casino as we still had some time to make it to the last bus and tried out our luck. We lost twenty pounds—the curse of Aberdeen had returned. Without making any more stops, we headed out to the main bus station from where we caught the bus to London Victoria and then a bus back to campus.

Upon reflecting back, Jailbreak, although had its ups and downs, was indubitably a fun-filled experience and something not to be missed out on, especially in the first year when you have more time on your hands. If I could go back in time, I would make the same decision again.

The whole experience was something that challenged me, taught me the importance of perseverance and put me out of my comfort zone and unlike anything I had done before. So, whether you’re adventure loving or not, I would recommend it to all of you!!

PS: We were proud to win the prize for making it furthest north, so well Aberdeen wasn’t as bad as we had pictured!!