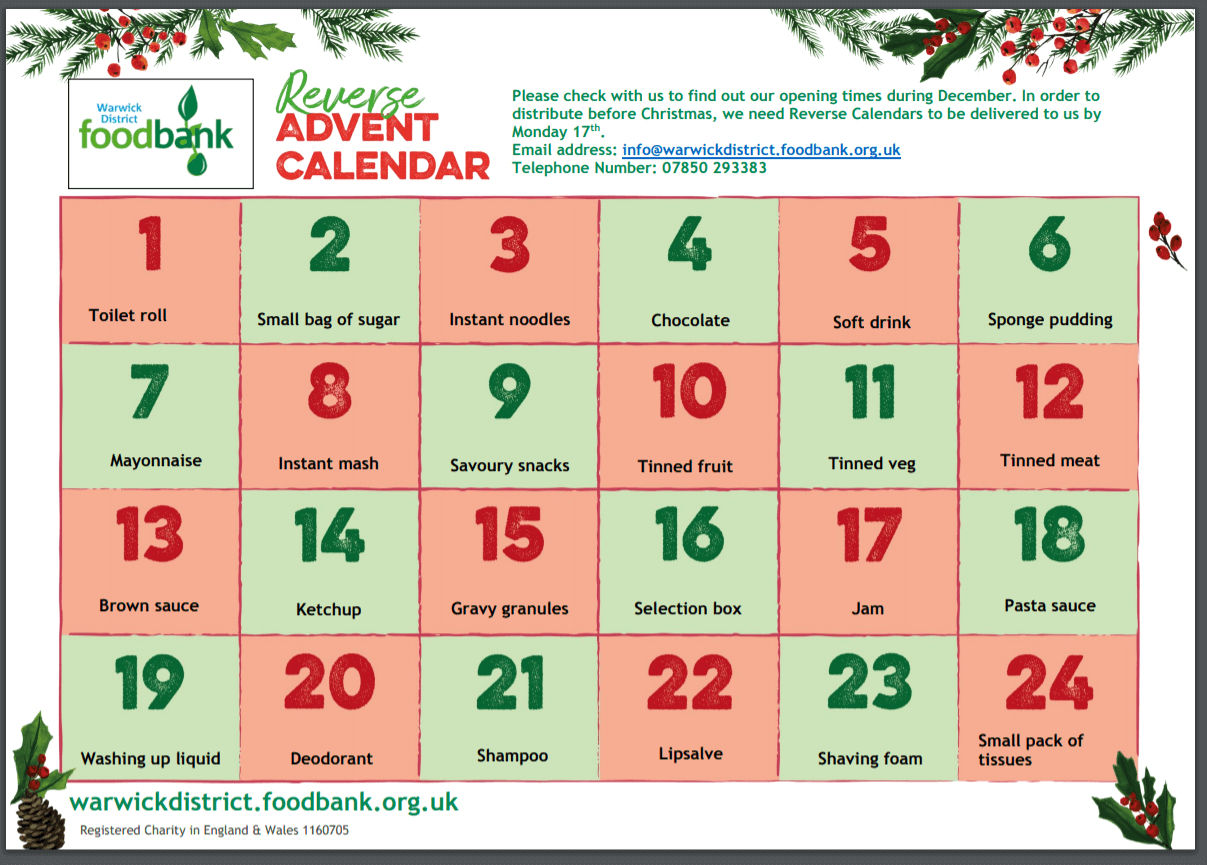 With the C-word fast approaching, it may become more difficult for some to avoid the tsunami of wanton consumerism that threatens to drown vulnerable people in oodles of unnecessary debt.   I used to know a family who paid for Christmas on their credit card and spent the following 11 months paying it off, no doubt with hugely inflated interest rates, while the toys they bought gathered dust, or probably sat broken or unwanted in their children’s bedrooms by Boxing Day.  Then they would do it all over again,  year after year after year, caught in a vicious cycle of paying off Christmas debt through every season and having a house full of clutter.  I really don’t like owing people money.  It’s bad enough watching my student debt accumulate, seemingly as swiftly as I breathe.

Anyhoo, the other day I came across the Reverse Advent Calendar which should surely be called a TNEVDA calendar?  I love the idea.  Basically, instead of wasting money on buying an advent calendar and giving yourself a sniff of a misshapen chocolate blob a day during advent, you can gift something to your local food bank.  I don’t know what you already know about foodbanks, but they are not only for homeless people, or those struggling with addictions.  Austerity has forced many in employment and education to receive emergency food supplies from foodbanks.  Since the roll out of Universal Credit, many have been left without income for weeks on end and there has been a 13% rise in foodbank use in the last 6 months, compared to last year.

There are foodbank bins in supermarkets, usually by the tills or exit; shops also promise to match donations by customers.  It doesn’t cost much to buy a tin of beans, or anything else you can afford, to help someone worse off than yourself as you buy your weekly shop.  You never know when poverty might strike.  Life has a way of throwing curve balls.

It would be wonderful if charities like this didn’t need to exist, but in the meantime, until the government grows a conscience, we can help feed our brothers and sisters, even if it is just one tin of beans at a time.

Even a casserole of a thousand beans begins with a single can.    ;op