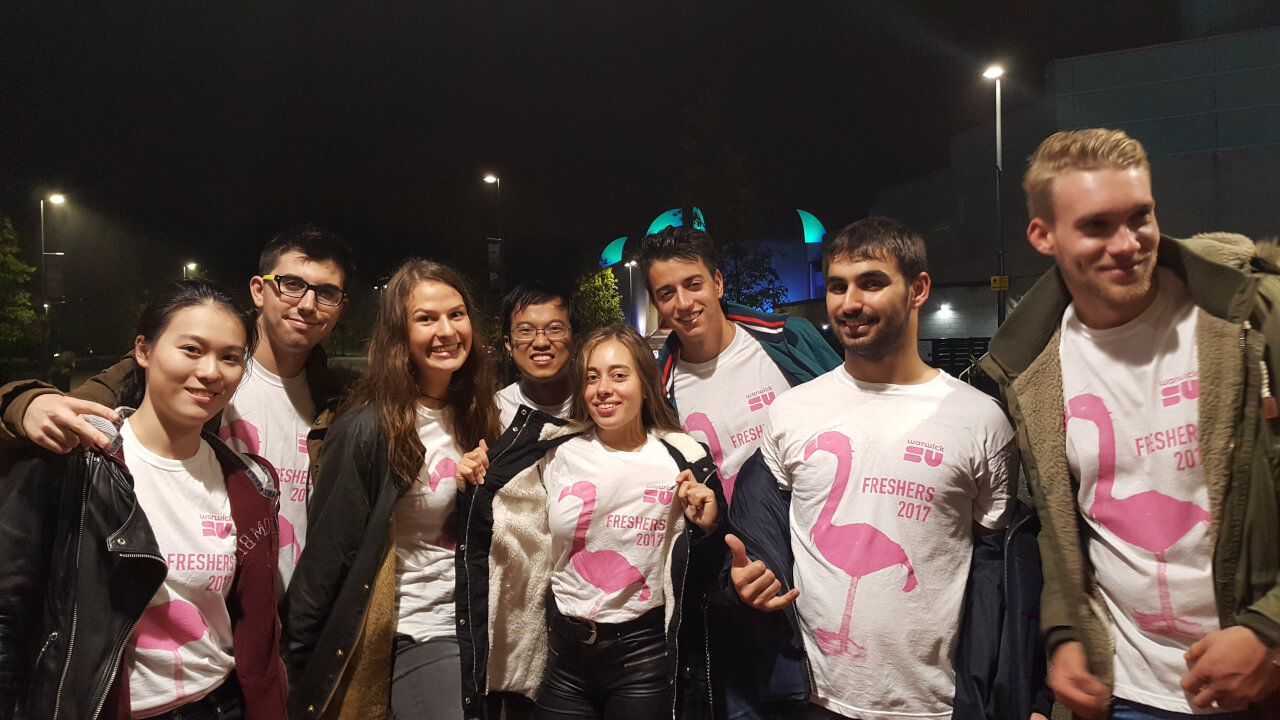 Three years at Warwick: some highlights

As my undergraduate experience is coming to an end, so are my blog posts. In three years’ time, I was trying to keep you up date with what everything that I’ve found interesting, exciting, worth telling. Today is a day of rememoration and this blog is about some of those bits and pieces that stood out to me and impacted my experience one (good/bad) way or another.

My very first day at Warwick…

This day I will remember forever. Seriously now…would you ever forget if, in your very first day at university, you get locked out of your room, you know no one and nothing around and, on top of that, you just got out of the shower and you’re wearing your onesie and slippers? Of course not. Ne neither. I was cluelessly walking around the campus in my pijama, trying to get a hold of someone that could let me back in. There were dozens of students at the Piazza, all dressed up because, of course, everyone wants to look at their best in their first day of uni. And there I was, looking like a sleepwalker. I didn’t manage to get back in, but, in a great turn of events, I met a girl who happened to have a twin room and whose roommate hadn’t come yet, thus I ended up spending the night there. We hit it off and later ended up working together in the executive board for Warwick UNICEF.

The day I met my second roommate

By the time I met my second roommate, I had already changed three accommodation halls in Rootes. This is an eventful story in itself, which I talked about in another article. The day I met her was unforgettable. I was unpacking for four hours already, in total silence, hoping that one of us will eventually break the ice and start up a conversation. This only happened when she spilled her drink over my freshly made bed. Thank God! That was exactly the ice breaker I needed. Before I realized, a few hours later, not only did we start talking, but we were racing through New Rootes to see who can get to our room the fastest. The same day, we went out to Kasbah so that I can meet the rest of the flat. Today, we still keep in touch and I’m sure out friendship is not going to grow cold very soon.

This happened in second year, when I was looking to get a placement. I was so nervous. We were told that we were the 50 candidates selected to attend the Assessment Center out of the initial 15016 applicants. That was a personal accomplishment that I was very proud of, despite not getting the position eventually. It gave me the confidence that, if I could be one of the 50 people then, I can surely be the one next year.

What I wanted to say: “This is a predominant idea.”

What I actually said: “This is a pregnant idea.”

In Romanian (my mother tongue), you have the words “predominant” and “pregnant”, which are synonyms and they all mean that something prevails.

I won’t need to describe everyone’s face expressions as you can figure it out for yourself that I was a mix of confusion, laughter and more confusion.

I was part of the Women’s Volleyball Team. We were quite a new team and didn’t know much about each other. We had an away game against the University of Lincoln, to which we got too late, hence we had to forfeit our first set. The whole team spirit was done and so was our positivism. Our coach couldn’t come either, so, on top of that, we had to organize game strategies ourselves. We lost the second set as well. Had we lost the third one also, we would have lost the whole game, as we played by the rule of best of 3, up until set 5. I can’t tell what of how it happened, but, during the third set, we managed to secure a win. By that time, we started cheering each other up and getting back all the positive energy that we were lacking. We ended up winning the remaining two sets also, and secured a victory for our university. It was a feeling I can’t describe and a day I certainly won’t forget.

There are so many…too many bits and pieces that make up this puzzle. These events are just some of the ones popping up in my head, but there is certainly more to the story and more to be told. At the end of the day, it’s been three full years, which, if I were to present in numbers, would look like that: