This is my first post, so I am pretty excited about it! Before I get down to talking about the Apprentice, I want to know: is it just me or does time pass especially fast in university and especially slow when you’re home?? We are already into week 4; time has literally flown by! It seems like only yesterday that I took off from the tropical temperatures of Delhi and landed in the freezing temperatures of Birmingham.

Anyway, the past few weeks, have been hectic. Like every other Warwick fresher, I am piled up with work and sleep deprived almost all the time. I have successfully pulled three allnighters and I am hoping I won’t have to pull anymore. Contrary to popular belief, first year is not all fun and games.

However, it’s undeniably true, that you get a lot more opportunities to explore beyond your studies and participate in events happening on campus in the first year. One such event that took place in Week 2 was the Warwick Apprentice, based on the popular reality show, the Apprentice, where participants aim to become successful businessmen by going through a series of eliminations.

When I first heard about it, it appealed to me as it was unlike anything I had done before. Organized by the Warwick Entrepreneurs society, it involved four challenges in five days and a chance to win a thousand pounds. After every challenge was announced, a certain number of teams got eliminated before moving on to the next round. Since each challenge came as a surprise, Apprentice was undoubtedly full of thrill and suspense.

As part of a team of five, we were competing against twenty odd teams. We were all course mates, belonging to different parts of the world, diverse and unique in our own ways.

The first challenge involved upward trading, where we were given a few items of zero value and had to trade them for objects of a higher value. We had to make sure to collect items according to a theme. As our trading progressed, our main theme turned out to be electronics, courtesy to the Bluebell resident tutor, who was generous enough to exchange his 40 quid phone case and vintage car radio with a David Bowie poster and a notebook. Among other things we also got new apple earphones, (shoutout to the girl in the library) speakers (thanks to a guy who had spare ones in JM) and an original rugby ball (thanks to the same above mentioned guy in JM) and a rice cooker (special mention to me lol).

After 24 hours, we had to show them our traded objects. Our hearts were racing, as this was the first challenge and we did not want to be eliminated. When we reached the venue, we were shocked to find out that the first round was preliminary and did not involve any elimination.

We were quite disheartened because we had put in a lot of effort finding the right people to trade these things, but oh well, this was part of the game and was inevitable. The next thing for us to do was to focus on the challenge that lay ahead of us, instead of fretting on what had gone by.

The second challenge was aimed at selling the objects and the teams that collected the least would be eliminated. Again, we were given approximately 24 hours for the challenge and so had to be quick on our feet. We picked out our most valuable purchases and advertised them on social media. We also went around halls of residences and the campus with posters, asking students to buy our things.

After what felt like hours, we finally found our first customer who bought our rice cooker. Soon after, we were lucky enough to find an overly enthusiastic rugby fan who bought our ball. One of the girls with broken earphones, bought our earphones and one of my team member’s flat mates who drops her phone at least once a day, was persuaded to buy a new phone case. 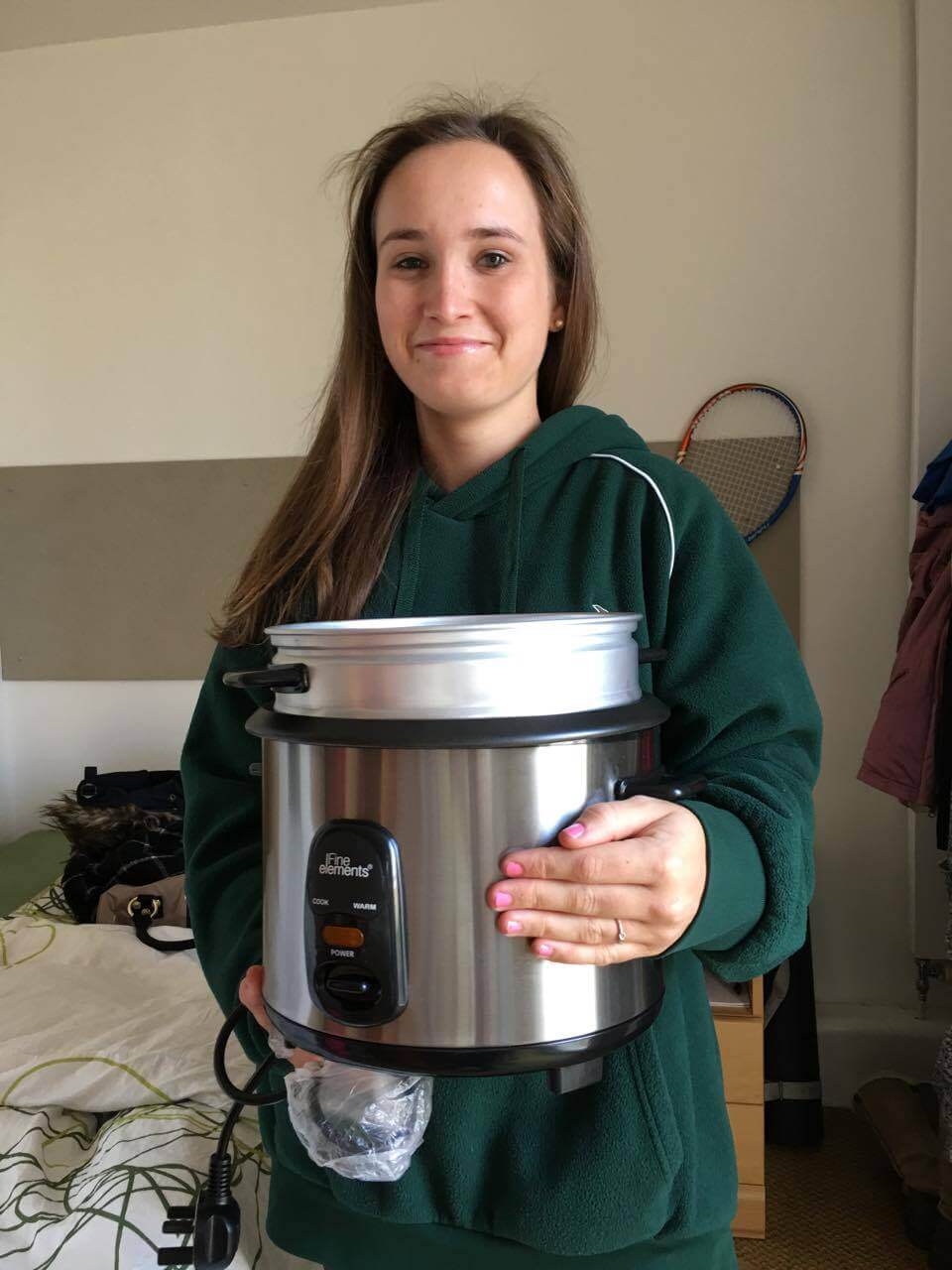 By selling the above items and others too, believe it or not, we made a total of 120 pounds and emerged as the second winners of that challenge! And, so we move to the next challenge! Yay us!

The next challenge was the highlight of the week. It involved coming up with a hypothetical society, making a promotional video and making it go viral. The society was supposed to be original, lighthearted and relatable.

We came up with “50 shades of Warwick”, a dating society, which helps match students by finding their common ground for them. It was difficult to convince other people to star in our video, but the cheeky “overnight fame” reason worked (if you’re reading this jai, thank you for starring in our video again!!!).

We worked on scripting, directing and shooting the video till the wee hours of the morning, and were quite happy with the result. The next day, in between seminars and lectures, we tried our best to share the video on social media with as many people as possible to get as many views as we could. 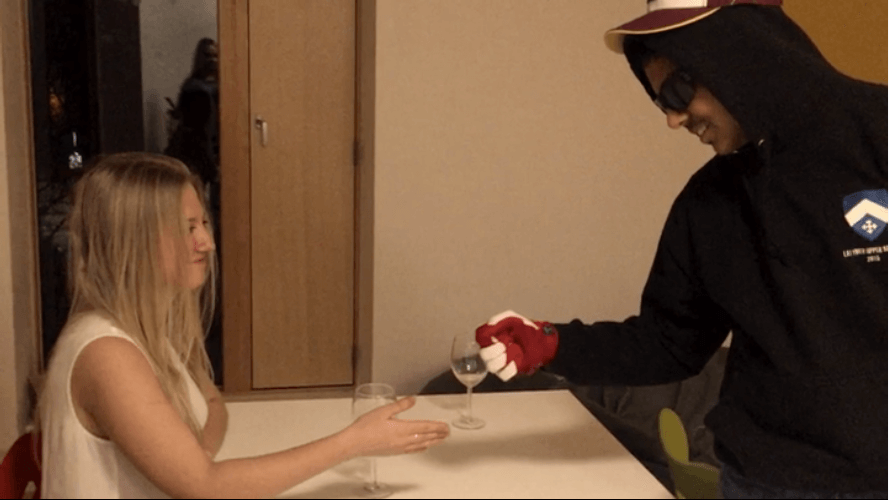 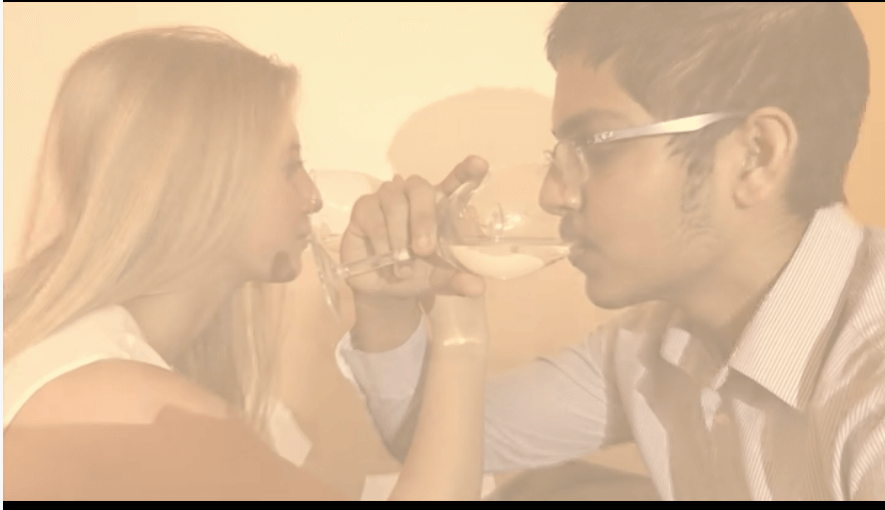 We got a total of 500 views, which was quite satisfying and headed out for eliminations again. From twenty, we were down to six teams.

This elimination was a game changer as it was the semi finals, and so it meant that if we went through we would reach the grand finale.

However, we did not make it. We were indubitably devastated but at the same time, couldn’t help but be proud of ourselves for making it this far in the competition.

Upon reflecting back, Warwick Apprentice, was quite a rewarding week as it put us out of our comfort zone, challenged us and put our theoretical skills to practice. Moreover, it inculcated in us team building and critical thinking skills, strengthened our creativity, confidence and belief in our abilities and ourselves.

So, I would recommend everyone, from all disciplines and all years, to take advantage of this opportunity, and take part in Apprentice next year! You will have sleepless nights, work to catch up on later, but the entire experience will be definitely worth it!

Thanks for reading and have a great day x