The local areas around Warwick – OurWarwick

The local areas around Warwick 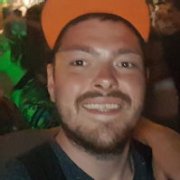 Hey everyone. Hope you liked the first blog.

For Blog number two, I thought it might be a good idea to talk about what there is to do at Warwick and in the surrounding areas. This will include fun stuff to do, places to go, Warwick facilities and more.

I’ll start with Leamington. There is loads of things to do in Leamington all year round. One of the highlights is the Peace Festival. There are lots of restaurants in Leamington that cater for lots of tastes and diets. My favourites are The Garden Shed and Wagamama’s. Plenty of places to par-take in some retail therapy (including loads of charity shops, for those bargain hunters,). The nightlife in Leamington is amazing. There are always club nights and events on that cater for everyone’s taste. Warwick also have a separate learning grid in Leamington, it is situated in the town hall. It caters to around 40 people. Which is handy if you live in Leamington and have work to do.

Warwick campus itself has loads of facilities to offer (the library is awesome, it is massive). All the facilities are available through the Warwick website (Perhaps I could do another blog for campus facilities). Warwick town also has lots to offer but its main attractions is its parks and the castle. Although, both the castle & the parks are better on a nice summers day. I like Warwick, it’s a nice small town full of character. It is worth checking out.

Coventry city centre is also a great place to visit. My main reason for going is to go to Falafel Corner!! It’s one of the best wraps that I’ve ever had, and the owner has an interesting background. He used to live in Palestine. Coventry has so much to offer. Especially History wise. You can visit Coventry Cathedral, the war memorial or the transport museum. There are hundreds of good restaurants to make your way through. Lots of shops both chain and independent. It also has a good market, if you want to pick up fresh fruits and vegetables etc. Nightlife is also great in Coventry, plenty of student nights.

The areas around the University have so much to offer. So, there is plenty of stuff to do in your spare time (when you’re not studying or just procrastinating).

Please fell free to comment any ideas for future blogs that you would like to see. Thanks for checking this one out. Until next time….