The last night at Warwick – OurWarwick

The last night at Warwick

I recently came across a BBC initiative that asked viewers to send in the last ‘normal’ photo they have on their phone. This got me thinking about what my last normal day looked like. Since it was at Warwick, I thought it would make an insightful blog post so here’s that!

It was the evening of March 12th and I was busy procrastinating, I mean, preparing for my finance test the following afternoon. It was the last day of term and I, like many others, were meant to leave for Easter break that weekend. There were also many who opted to remain on campus during the break and get revision done, since Easter break is the final break before Term 3 aka Exam Term. Regardless, we were all looking forward to the last weekend together before (what we thought was) a 5 week break away from each other.

Suddenly, as I refreshed my browser which was on the Warwick Business School portal – my.wbs, an announcement popped up. The finance test had been cancelled. This was shocking news but an appropriate one, nonetheless, considering everyone around the world was avoiding crowded spaces and this test would have had hundreds of students in close proximity. In fact, a few students had even decided to skip the test and had already left for their respective countries in fear of the borders getting shut any moment. It was a time like no other and even those who earlier planned to stay in Leamington for the break, now had to rethink their decision.

I felt as though a time machine had taken us back to the days of war.

I remember walking into my friend’s room that night to find his suitcase open on the floor, items to pack strewn everywhere, laptop open on an airline webpage and phone on speaker trying to plan the travel. It was the definition of chaos. Outside, in the hallway, another could be heard debating with his parents whether he should leave or stay. A frantic decision was made, and he found himself booking a one-way ticket soon after. It was in the booking of a one-way  ticket that I felt the weight of the uncertainty for the first time. Everyone seemed to be packing their bags and fleeing to the safety of their own homes. I felt as though a time machine had taken us back to the days of war. Our safety was in question and in my lifetime, I had so far been blessed not to have to worry about that. I was so used to anything I needed being one click away had never once had to worry about needing something and not being able to buy it, no matter where I searched. But with everyone on the hunt for sanitisers and masks, both the local chemist and Amazon sported  ‘Out of Stock’ signs. But in times of social distancing, humanity became closer. I had ordered a large bottle of sanitiser and some masks a week earlier and they had just arrived. We shared them in travel-sized bottles and the 10 masks in a pack were sufficient to keep us all safe during our journeys.

… with everyone on the hunt for sanitisers and masks, both the local chemist and Amazon sported  ‘Out of Stock’ signs.

After a few hours of hustling and bustling, everyone finally had their bags packed, with the first of us leaving the next morning at 10 am. We were forced to cram our last, memorable weekend into just one night. And we did. An undying, palpable energy filled the air that night into the early hours of the morning. We refused to sleep a wink (although there was the occasional fallen soldier), had a last supper style breakfast together and then, waved a sad goodbye as the first of us got on a cab to the airport. Soon after, each of us relished one final, longing look at our rooms and locked them shut heavy heartedly. The travel experience was even more absurd and I felt like I had stepped into a sci-fi movie. Masks and gloves snugly clung on to faces and hands. Passengers wiped down their seats with alcoholic wipes. Everyone was on edge to not touch anything more than necessary and to keep their hands away from their face. Washrooms all had long queues with people washing their hands as often as possible. You could cut the tension with a knife. The worst part was not being able to touch, let alone, hug, our parents when we saw them after months waiting to receive us at Arrivals. Upon reaching home, I went straight into the shower and was subsequently quarantined in my room for the next 14 days. Food was served to me in my room and I used a separate washroom. We continued to check on each other on our appropriately titled group “Quarantine 2k20 (insert face mask emoji, among others)” and were grateful that none of us developed any symptoms.

The journey was unimaginable, but it will also be an unmatched story for generations to come. A first-hand account of the genesis of the fear that Covid-19 brought on for international students. The dust has settled now; nevertheless, we find ourselves nostalgically peeking a glance, every once in a while, at pictures like this one from the last day of normal. 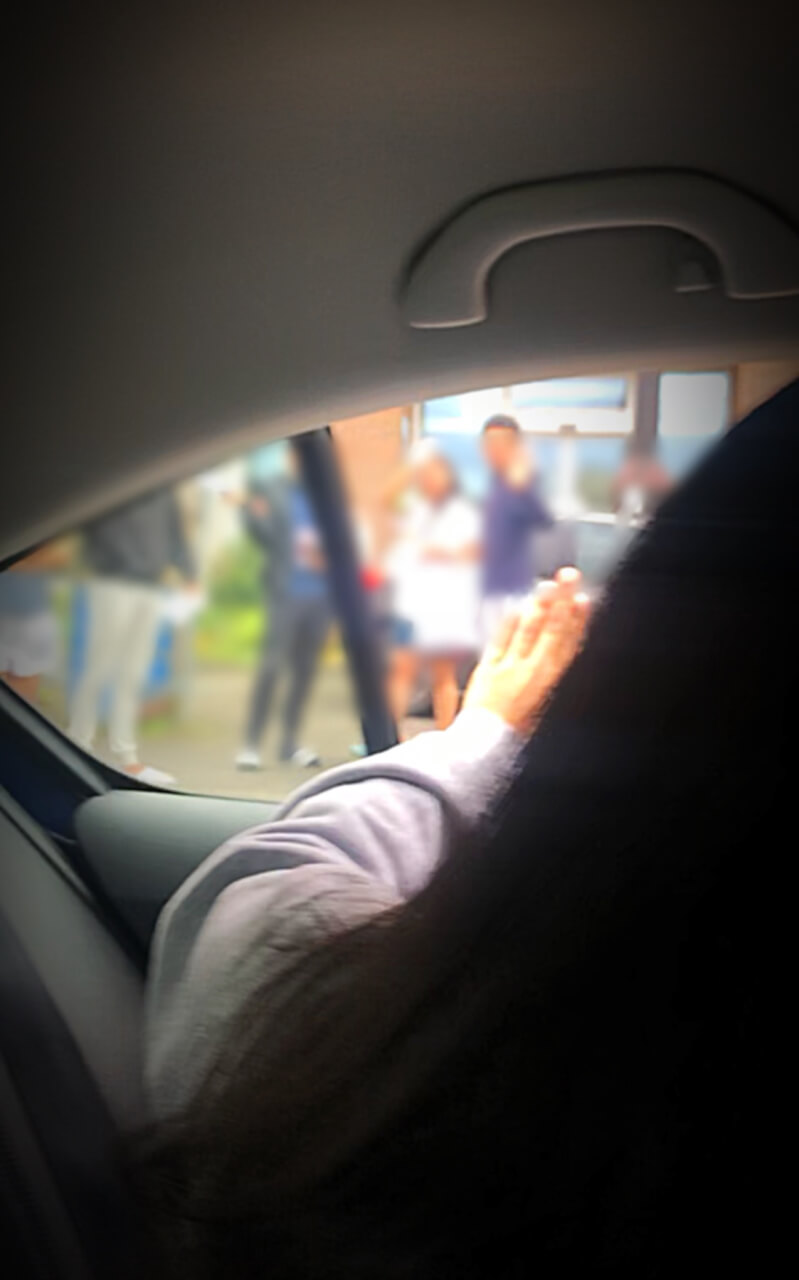