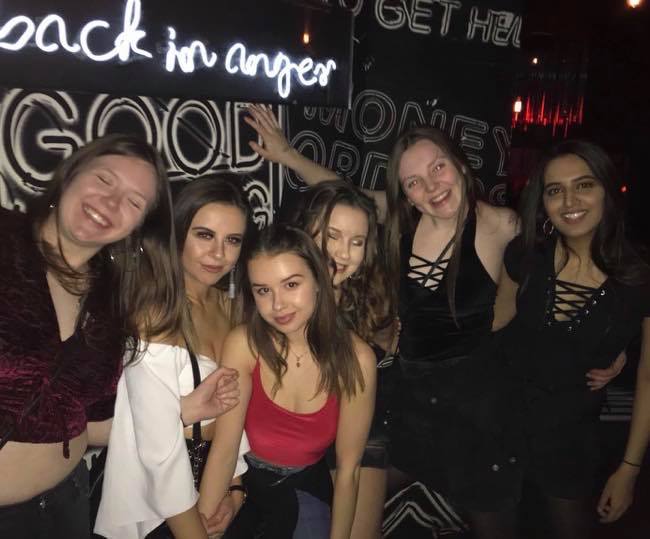 I hope you are all doing well & having a lovely week. I apologise for the slightly late blog post – unfortunately our University house was broken into a few days ago so things have been a little manic ever since then!

More importantly, I have finally finished University! It feels like only yesterday I was walking around Warwick at the open and offer holder days, trying to imagine what my life would be like if it was to be the place I chose to live and study for the years to come. I can’t fathom the fact that this was now almost 4 years ago. And just like that, it’s all over.

It was certainly an anti-climatic end to my University experience, that’s for sure. No graduation, no graduation ball, no last POP, no last trip to Kasbah. It’s heart breaking really. We can’t even have a last trip to the Dirty Duck (I’m going to miss the cheesy garlic bread). It feels like we won’t ever really get to say the good-bye’s we always thought we would. There are people I haven’t seen since February or March now, and with University ending and everyone moving to different parts of the country, it’s hard to know when we’ll be able to see each-other again.

I went for a socially-distanced coffee with one of my friends yesterday, someone I’d lived with in first year and have been close with ever since. It was strange reminiscing on all the memories over the past few years, all the mad first-year nights and funny stories from our time in Rootes, and discussing just how much has changed since then. It’s terrifying that all of that is now behind us, and we’re being thrown into the big wide world. And, for both of us, neither of us really have a clue what’s to come next, nor when we will be able to be reunited again.

“Abrupt” doesn’t even cover how I feel about this sudden and underwhelming end to the last 3 years. I must admit, I’ve found it hard to come to terms with.

In particular, I’ve found the abrupt end to my course (Politics and International Studies/PAIS) incredibly hard. I didn’t anticipate such an early ending to teaching and missing so much of what the course had to offer, since there has not really been much teaching since the post-easter strikes. On top of that, it sounds silly, but I’ve always performed so much better in exams, so it’s heartbreaking to not be able to do my end-of-university exams, and to potentially not do as well as I might have had I been able to do them. I really feel like studying PAIS over the last few years has given me so much, and completely altered my world-view and the way I see everything. It’s such a shame that this had to come to such an abrupt end too.

On the bright side, I have been able to spend the last few weeks, and the next few weeks to come, at my University house with the people I have lived with and have come to love with all my heart over the past few years. We’ve been trying our very best to recreate some-sort of normality and celebrate our almost-graduation. We’ve been on picnics, we’ve had many themed nights with Disco Dave playing in the background and we’ve played countless amounts of quizzes and board games. It wasn’t the ending that I expected, but it has been lovely, and I’m lucky to have been able to spend it with those who mean the most. One of my favourite nights has been, as a house of 8, each of us turning our room into a different club or theme, and going on a sort of pub/club crawl around the house. We had everything from Smack, to POP, to Bongo’s Bingo and the Kasbah girls’ toilets. At least we’re not doing too badly at making the most out of a bad situation.

It’s honestly just really hard to comprehend that I will probably never live with these people again. We started as a flat of 23 in Rootes 3 years ago (probably the best year of my life), and now almost all of the 7 others I live with, I have lived with throughout the whole of my University experience. It genuinely feels like we’re just one big family, and it hurts my heart that we’re now having to go our own ways having been joint at the hip over the past few years. I feel like I’ve undoubtedly taken-for-granted being able to live with my best friends. It’s even harder knowing we live all up and down the country, and I’m going to be hours away from anyone for the foreseeable future.

In terms of my post-university plans, I was supposed to be flying out to Vietnam at the beginning of August, and I was going to be working for a month at an NGO over there, working on policy papers and helping with their website. I was then planning on going on to places like Cambodia, Thailand, India and Japan. I think that’s probably the hardest part of finishing University now. I have no idea what’s next or when I’ll be able to do any of the things I had planned to do this year. Whilst most of my friends are starting their very impressive and fancy London jobs in September, I really don’t have anything planned now. That’s pretty scary for someone who’s always had a next step. When I was doing my GCSE’s, I knew I was going to do my A levels. When I was doing my A levels, I knew I was going to go to University. And now, what’s next? Who knows, honestly. It’s starting to look a little more optimistic that, at some point, I will be able to escape England and go on to do all the things I had planned. But, it’s incredibly scary not having any certain plans for the rest of your life (now that I’ve said it like that, I’ve scared myself even more).

I’m going to try my best over the coming weeks, and my final weeks living at my University house, to remember the good times and how fantastic of an experience this has been, rather than dwelling upon the abrupt, anti-climatic and underwhelming ending this has been. My next couple of blog posts will be reminiscing on the insanely fantastic time I had living in Rootes in my first year, as well as looking back at some of my favourite memories from my time at Warwick.

For all of those graduating this year also, in such strange and uncertain times, I hope you’re all holding up ok!