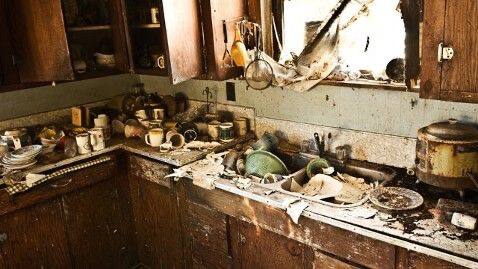 The 3 Hardest Things About First Year

As this is my third blog, I’ve decided to write about three of the hardest things I have had to deal with whilst being in my first year. Many of you will probably experience them throughout your whole university experience, so I’ve offered some advice on how to manage these difficulties if and when they do come up.

Now this one might be unique to me because I’m very picky, but sharing a kitchen was top two and not two in terms of the difficulties that come with university life. I’m a big clean freak and I’m a picky eater. I don’t like condiments, crisps and loads of other things that a lot of people like. When you’re particular with your food, cleanliness becomes an even bigger deal because you don’t want to see the remains of foods that you don’t like. If you’re fortunate enough to have tidy housemates, then this won’t be a problem for you. Unfortunately, I had to deal with dirty worktops and hobs for the majority of my first-year experience. Eventually, it just put me off coming to the kitchen and I’d seize every opportunity to cook when no one else was around. If you find yourself in a similar situation, I suggest that you avoid cooking during peak hours. This will differ for every flat but peak times are usually when the majority of your housemates get back from lectures.

It probably isn’t a surprise to you that being broke was another difficult thing about being in university. Now obviously, being broke means different things to different people. For some, it’s having £0 or going into minuses. For me, it was having more financial responsibilities than I was used to. I wasn’t used to spending money on transportation, groceries and basic necessities. You really don’t realise how much you eat until you have to pay for your own food all the time. And that’s not even the worst part. If you’re anything like me, you will dread the 15-minute walk back to your accommodation. It is not a pretty sight. You’re carrying 6 shopping bags with beads of sweat dripping down your forehead, and all because you’re trying to avoid paying £5 for an uber. The joys of living away from home! To solve these issues, I would strongly consider working. You can work in retail; do nails; sell drawings, or even give haircuts. I would also suggest saving as much as you can before university. I only started saving the summer before university and it was enough to see me through the whole of my first year. If you can’t work, then just live within your means. I know you might want to shop at Tesco, but Aldi might have to become your new best friend and there’s nothing wrong with that.

So, the final thing that I found difficult about being in university was the pressure that comes with it. Not only do you worry about your grades, but you also worry about societies, if you’re doing enough to look employable and a whole heap of other things. A lot of the time, this pressure is placed on us by external influences, but we also need to take responsibility for the amount of pressure we put on ourselves. I know it’s hard. When you see someone like Mark Zuckerberg who literally became a billionaire by launching Facebook from his university accommodation, it’s difficult not to place pressure on yourself. In my honest opinion, I don’t think anything is wrong with a little bit of pressure. Some people thrive off of it. All I’m saying is, be kind to yourself. As long as you know that you are genuinely trying, then you are most likely doing enough. Plus, it’s your first year of university. You’re never going to experience something like this again so don’t let pressure cloud what could potentially be some of the best moments of your life!