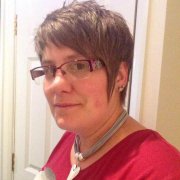 Rachel Thompson | Social Studies Contact Rachel
Anything!
Find out more about me Contact Rachel
TERM 3 Term 3. Term 3. Term 3 has come around stupidly fast. I feel like everything is all over the place at the moment so just titling this term 3 seems flexible enough to cover all bases. I want this blog post to give a general overview of how this term’s theatre studies is going and all that it entails. So, getting my head in gear for revision and the practicalities of performance exams is happening at a sub-moderate rate which is actually really, really good. I wanted to ease into this term as over Easter I focused more on putting money in the bank than revising which could be accountable for the lethargic start, but, due to disruptions with the strikes, it turns out, revision was a bit of a minefield regardless, so a well-rested break was probably the best medicine. Since coming back I’ve been auditioning for term three shows because the line-up of student writers and directors this term were too tempting, plus a bit of cathartic rehearsal time is a perfect remedy for taking my mind off impending assessments and I’m yet to perform in anything outside of my course! There are so many opportunities to get involved with performance you really are spoiled, but, especially with being a theatre student, the pressure to partake and get on the scene is pretty intense (maybe it is self-made but some of my course mates have said they felt the same). One thing I have learned, albeit I wish I realised this sooner, is trusting your gut and waiting for the right show to audition for is by far better than getting whipped up into the stress of proving yourself. After all, performing is supposed to be fun. This is something else I must stress: even in the beginnings of what seems to be shaping up as a busy and stressful term, striking the balance between actual enjoyment and work is so important. Never, ever lose sight of leisure, because a cheap vodka soda and a hyperactive chat are the cornerstones of term-time, no? No. Saying that I have really missed my course mates, theatre and drama students are proving to be a real treat, something which is such a big motivator to revise, put our heads together and produce some interesting social pieces for our upcoming Contemporary Performance Practices practical exam. At the moment we are looking at social inequality and how this feeds classist belief systems. We are drawing from as many sources as possible for inspiration, whether it by our own, Grayson Perry documentaries, Pierre Bourdieu, and John Rawles’ veil of ignorance. It’s very nascent currently but we are thinking of applying some of the performance techniques we explored in previous terms, for instance: projection, sound and lighting. Even going to the library is pretty chill, the top floor is quiet, peaceful and promises a productive session (mostly). I am currently trying to craft a decent final essay for my Performance Analysis coursework, which takes some graft, but generally, is enjoyable as the module’s insights into performative examples of trauma are fascinating. Also, as a drama and theatre student sometimes combining work and play can be quite easy, I’ve stewarded quite a few comedy gigs including: Ed Byrne, Bill Bailey, Alun Cochrane, Andy Lawrence, Tiff Stevenson and Jason Manford. Since signing up to be a voluntary performance steward I have had the luxury of picking and choosing shows to steward and ultimately see them for free. It is something which I highly recommend- the WAC community is really lovely, they really look after you. Some other shows I’m stewarding in the future which I’m really looking forward too are by Fiona Doyle and by Enda Walsh. Both shows will be performed in The Goose Nest a new exciting pop-up style theatre tagged on to the WAC. I’ve been encouraged to see as many shows as I can because they inform you performing, devising, and writing abilities; it is also one of the main reasons why I came to Warwick, massive exposure to all kinds of performance and for reasonable prices (if not completely free). Looking forward, somehow second year seems to be looming upon us first years so exploring second year modules is the inevitable next step. There are quite a few modules that I’m really looking forward to knowing more about, including the IATL range. The opportunity to study not just alongside theatre students about something like laughter or even public censorship through the lens of politics, psychology, neuroscience and sociology is very exciting. Not only this, but, the chance to even get to grips with film making in second year really motivates me to push on through the final term. All in all, I hope this gives you all a bit of an insight into what being a theater student could potentially be like. I wish you all a fruitful final term.