Staying in Tocil: A Bird Mocking Me at the Window – OurWarwick

Staying in Tocil: A Bird Mocking Me at the Window

It’s the one accommodation block I wasn’t really sure how to pronounce before getting to Warwick – and if I’m perfectly honest, I’m still not sure how to pronounce it. The majority of students seem to say it "toss-ill", but Michael Coker, who was a resident at the original Tocil Farm during the Second World War, pronounces it "toe-sill". Curiouser and curiouser.

So, I discussed Whitefields at length in my previous blog post, but it’s not the only accommodation I’ve stayed in. While working on various summer schools this year, I’ve stayed in Tocil for about two weeks cumulative, too.

Most Tocil flats are the same size as a Whitefields flat – 12 people. However, there are some with just six people to a flat, because most Tocil flats are L-shaped, and in some blocks, the top floor only goes along one part of the L. There’s also the case of having a resident tutor in the flat – I’ve never stayed in a flat like that, so I’m not sure of typical numbers, but they seem to be the L-shaped flats with a bit cut off. Each flat has a front door that locks, and so, like Whitefields, it’s separate from the other flats in the block. There are typically six flats in a Tocil block – two on each floor, and with no lift. 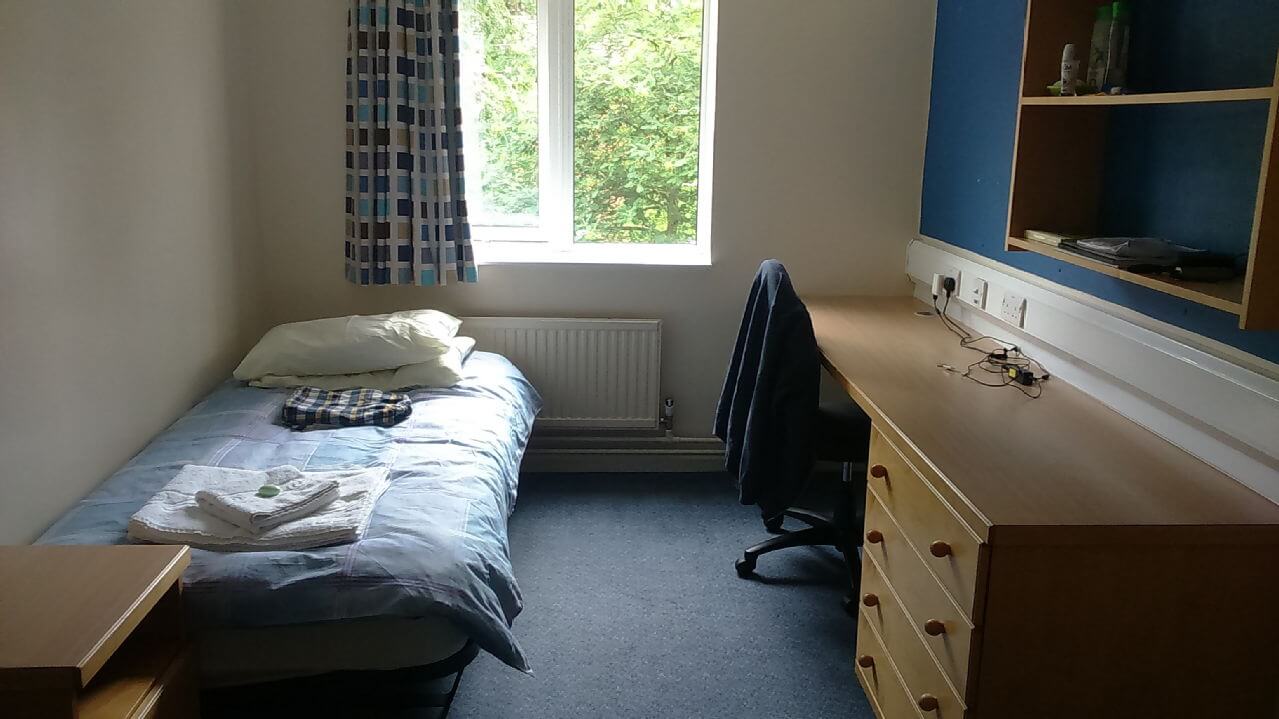 In terms of rooms, the Tocil rooms I’ve stayed in have been about the same size as my room in Whitefields, maybe a little bigger, and the Tocil room is more rectangular (whereas the Whitefields rooms are variations on drawing a hexagon blindfolded). In Tocil, only half of the window opens, and is tethered pretty short, whereas in Whitefields, the whole massive window opens unrestrained. Also, there seem to be way more magpies around Tocil. I dozed off for five minutes after my alarm, having opened my window, then woke to a scratching sound and a magpie peering through the gap. On the plus side, when I screamed, it rendered the wakeup call that I was meant to be giving my summer school group redundant.

In Whitefields, all of the bedroom furniture was free-standing, so you could move it around if you wished, I guess. In all the Tocil flats I’ve stayed in, the desk and the wardrobe were built-in, so the layout of the room was a bit more fixed. Also, furniture-wise, in Whitefields I had a wheely-spinny office chair and another, comfier, chair that can only be described as a mix of primary school staff room and 90s doctor’s surgery waiting room. Meanwhile, in Tocil, there was just the one chair per room – it looked like a wheely-spinny chair, but it’s just a spinny chair, much to my disappointment. This seems to be pretty standard across Tocil rooms.

In terms of bathroom facilities, the L-shaped flats I’ve explored all had three shower rooms and a bathroom in every flat, with a toilet in each of those flats. The half-size flats just had one bath and one shower. They’re all pretty functional rooms in terms of size – some are weirdly laid out, but it’s fine. It’s nice that the shower, sink and toilet are all in one room – in Whitefields, we had separate rooms, so you’d sometimes have to wait to wash your hands after using the loo.

I think the biggest shock when I was exploring Tocil was the kitchen. It feels a lot bigger than a Whitefields kitchen – although if you consider that the social area and the kitchen are all in one room, then it feels a little smaller. There’s definitely more worktop space, though. There are also more resources – two cookers instead of one (it’s induction hobs in the Tocil and the Whitefields flats I’ve stayed in), two sinks instead of one, two fridges and a freezer instead of one and each. You’ve still got the same one toaster, one kettle and one microwave as Whitefields. What I did think was kind of cool was that the kitchen in the half-size flat is exactly the same as the L-shaped flat – I mean, having a third of a massive fridge to myself is something I could get behind. 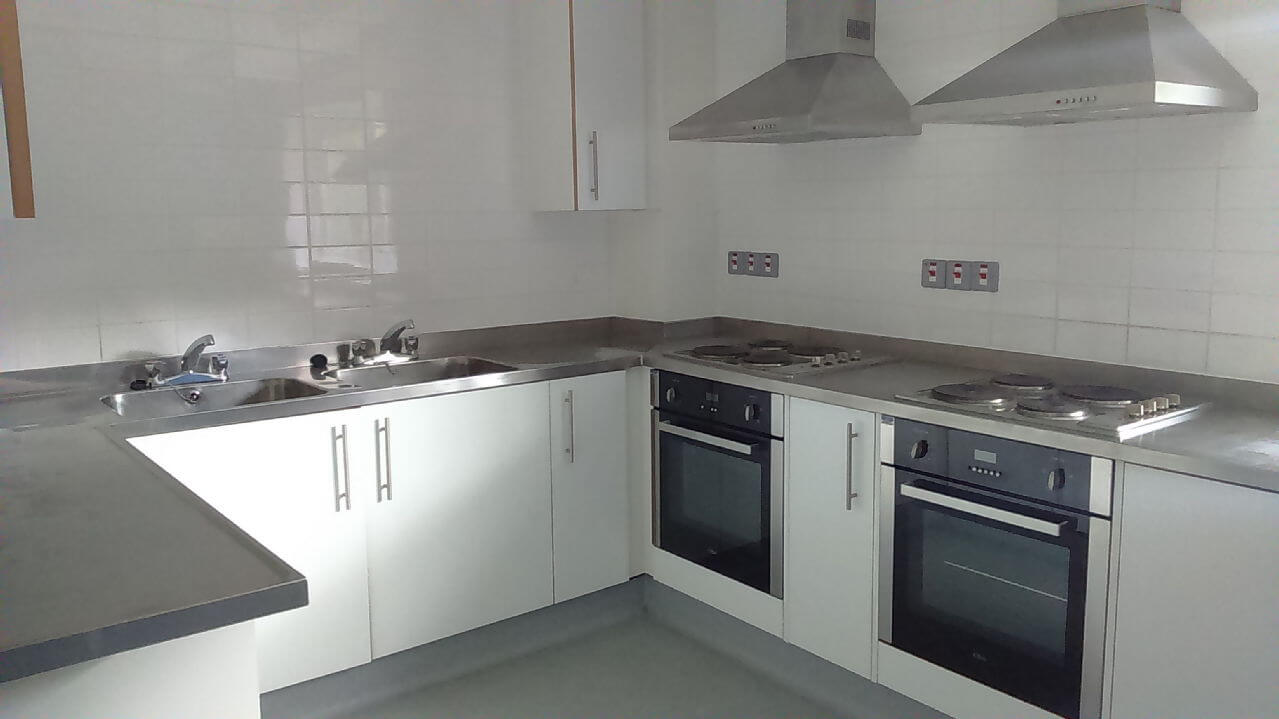 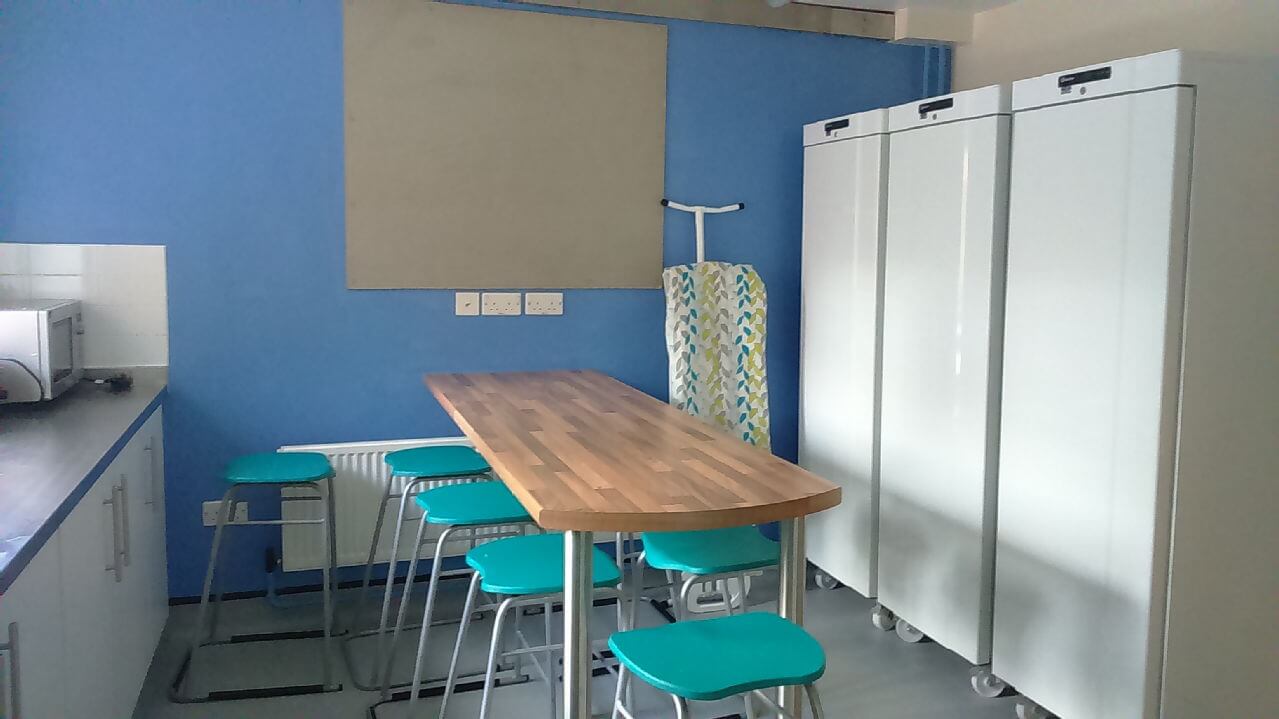 Laundry-wise, there’s a laundrette in the middle of all the Tocil blocks (as demonstrated

), whereas Rootes and Whitefields share – although, to be fair, even with so many people to a laundrette, I never had any trouble getting my stuff in a machine. Having never used Tocil’s laundrette, I don’t really know how crowded it typically gets.

Location-wise, Tocil and Whitefields aren’t so far apart. In Tocil, you’ve got a bit more chance of running into your neighbours, and are a bit closer to the sports centre, the Zeeman building and computer science. You’re a little further from the SU, the Koan and the bus exchange. In reality, there’s only really a couple of minutes either way, so it doesn’t make much of a difference.

Tocil does have more amenities per flat than Whitefields, and this is reflected in the price. It changes year on year, but at the moment, Tocil is about 25% more expensive than Whitefields per week (~£100 compared to ~£80). It’s a fairly nice place – I’ve only stayed there short-term, so the feel of it may be different when it’s actually being lived in. That being said, most people end up loving their accommodation blocks – there aren’t really any bad places to live on campus.