A little spontaneous one may say, but with a week free of lectures it only seemed fitting that we exchange the hustle and bustle of tourists which have seemingly descended upon Siena, for some Sardinian sun. I kid you not, the tourists are beginning to do my head in. Photographing this and that; stopping in the middle of my road to photograph every shutter, every door, passage way and old Fiat 500…actually, who am I to talk? That was probably me a couple of years ago when I first visited Siena and became completely enamoured with it. And what can I say, I suppose that just comes with living in such a wonderful place…

Anyway, I digress. Having never visited the island of Sardinia before, and having managed to snap up some relatively reasonable accommodation and flights to what is apparently the second largest island in the Mediterranean, I was rather intrigued to say the least.

After managing to throw some things into my case in the two hours I had between dropping Danielle off at the station and legging it back there again (during which I miraculously also managed to pay my landlord that month’s rent, pop into the phone shop to renew my contract for the month, as well as the supermarket to pick up something for dinner that night) we were on our way.

Arriving late that night at our little self-contained apartment we had booked for our stay, just a few minutes’ walk from the centre of Calgary, the three of us crashed out for a well needed sleep. 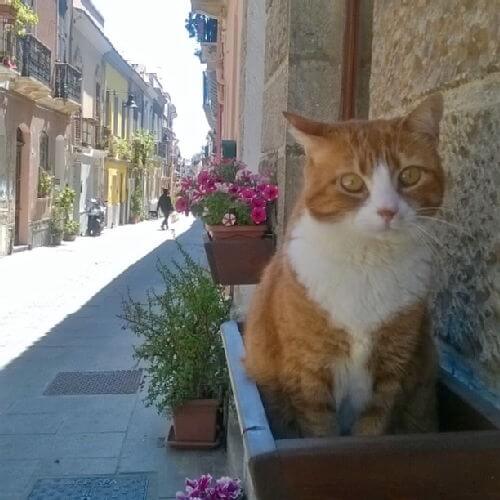 Exploring Calgary…and coming across this cutie… 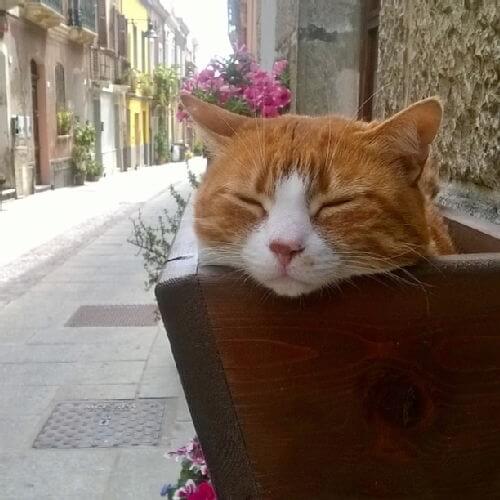 …and bumping into him two days later. He’s definitely got the right idea #crazycatlady 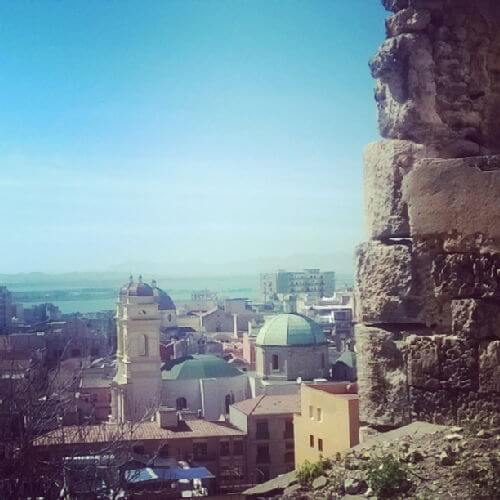 After a day of exploring the region’s capital, including a visit Mercato San Benedetto (with Calgary boasting some of the largest fish markets in Italy, how could we not) where we were able to stock ourselves up with some fresh produce and more importantly, a plentiful supply of fish, how better to finish the day than by watching the sun set from our roof terrace, whilst sipping prosecco and eating some delicious home cooking. 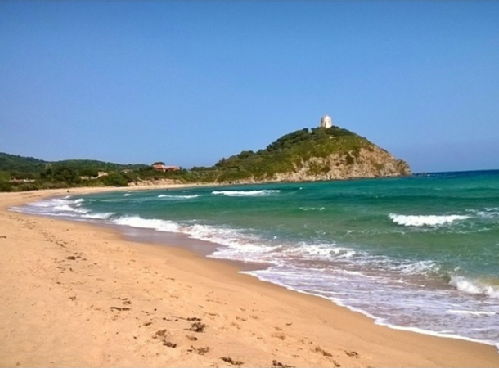 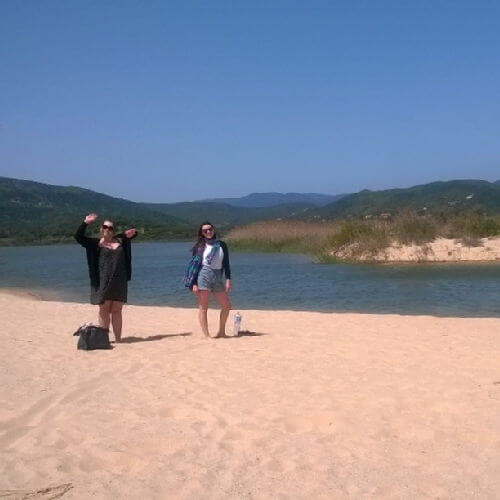 Not a sole in sight…apart from these two

The following day, despite the hour coach journey, me falling over (subsequently managing to get blood on pretty much everything), and the piercing winds which began to pick up later in the day, it was certainly worth it to explore one of southern Sardinia’s best beaches, Chia. Comprised of a series of pristine bays and what has been described as ‘pale apricot’ sand, set far back from the road with the nearest coffee bar a good 15 minutes’ walk away, it was the perfect place to do absolutely nothing. 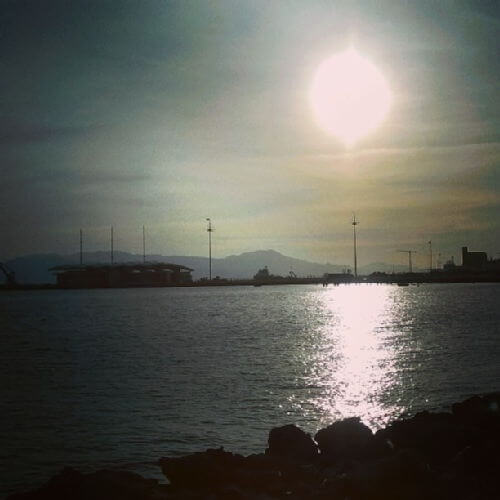 A passeggiata along Calgary’s port the following evening 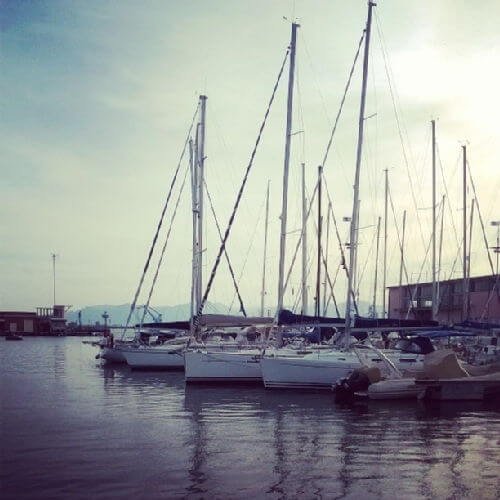 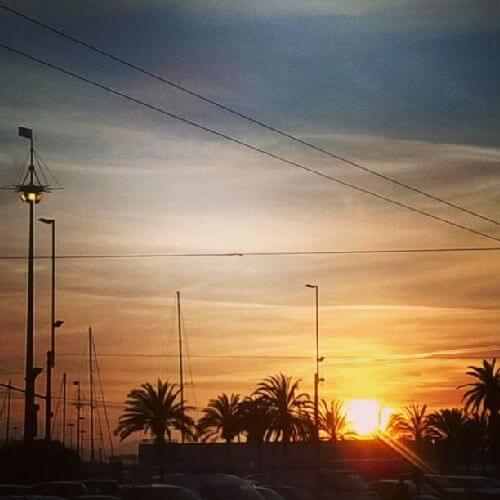 After a day of shamelessly sunbathing on our little roof terrace and a spot of shopping (don’t judge- living in Siena means whenever you see a high street shop you have to take advantage, even if it is just window shopping) we decided to explore another of Sardinia’s so-called ‘most beautiful’ beaches… 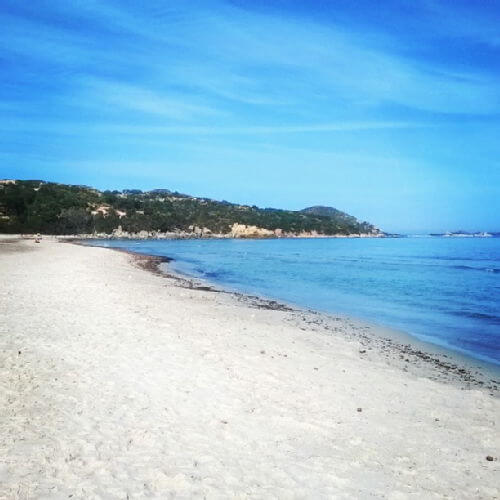 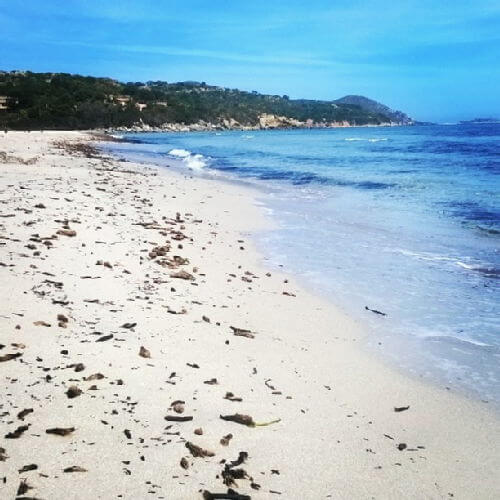 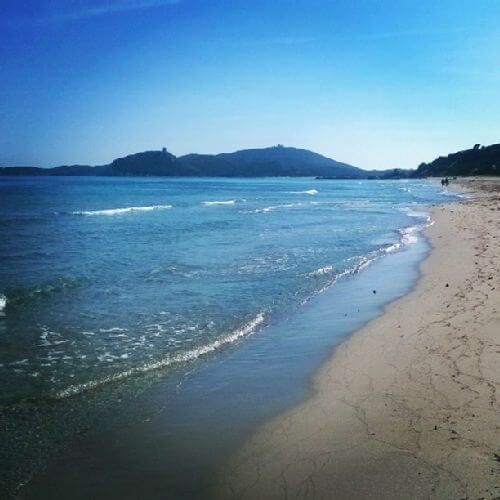 Yes it was beautiful… 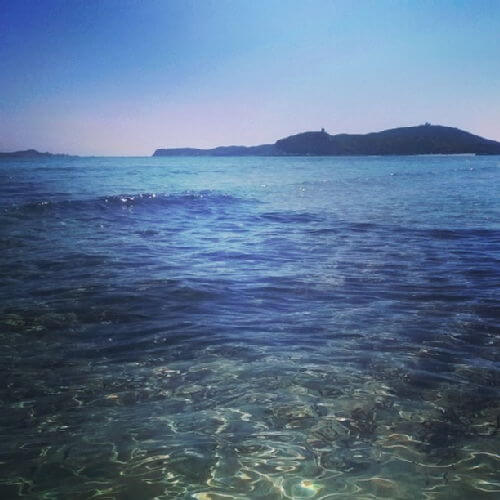 With miles of picture-perfect, gleaming white sand and turquoise water, the hour and a half, VERY twisty coach journey was definitely worth it…even if I was ready to vomit on arrival. 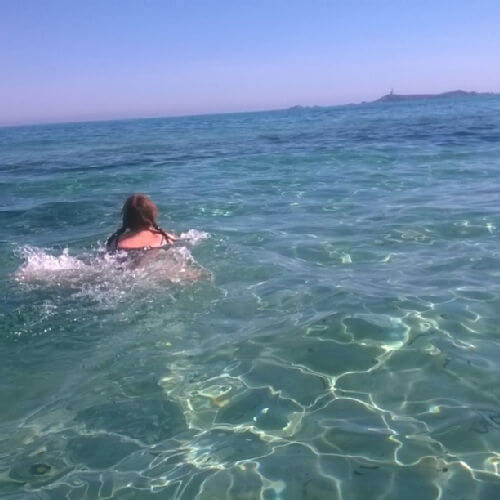 Photographic evidence of Hannah swimming…yes, we even went IN the water…even if it was for about 30 seconds 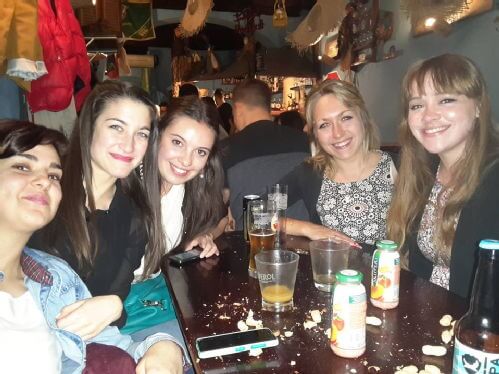 Another night with gli italiani, monkey nuts and all…

With our final day (a rather overcast one at that) spent milling around town and bracing ourselves for the ridiculously early start the next morning for our flight back to Pisa, we made a final trip up to il Bastione just as dusk was descending on Cagliari. 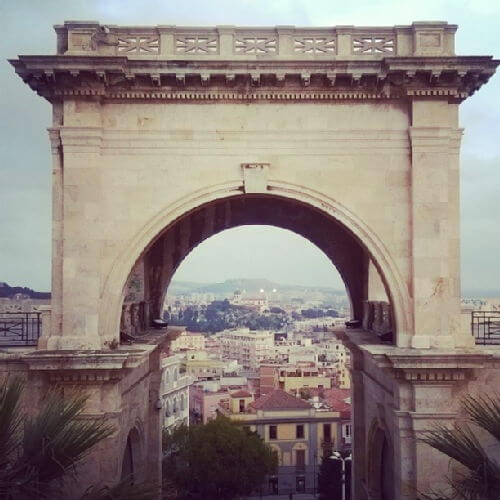 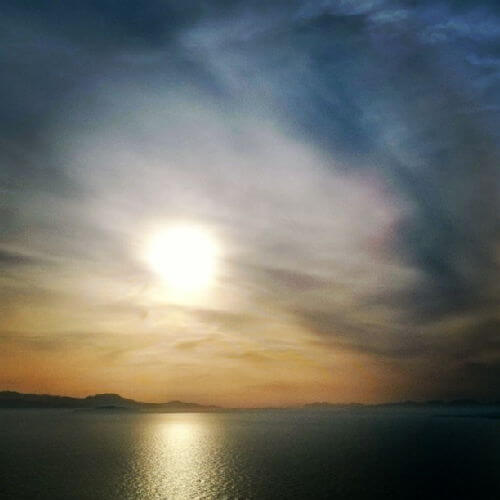 “So we beat on, boats against the current, borne back ceaselessly into the past” –F.Scott Fitzgerald (sorry couldn’t help myself)

BUT it didn’t stop there!

Arriving at Pisa the next morning, Hannah and I (being the shameless Ikea fans that we are, and having discovered that there was meant to be one within walking distance from Pisa airport) decided to embark on a little trip. With Ikea’s yellow and blue sign just about in sight, my little case missing a wheel, and both still feeling slightly nauseous/delirious from the flight and having to get up so early, the two of us set off to Ikea.

I must admit the whole experience seemed slightly surreal. After taking a slight wrong turn and ending up wheeling our suitcases along the side of a main road following the yellow and blue blur in the distance like lambs, we finally made it and even managed to pick up a duvet for Hannah (there was a reason for all of this I swear) and some other items we needed before treating ourselves to some Swedish meatballs and a 60 cent ice-cream…well you can’t come to Ikea and not have meatballs, even if you are in Italy! 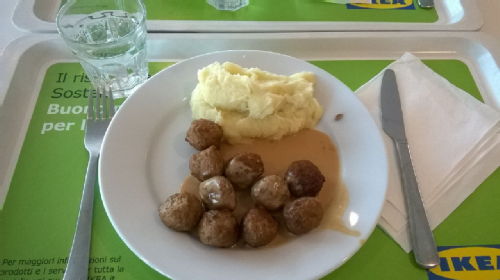 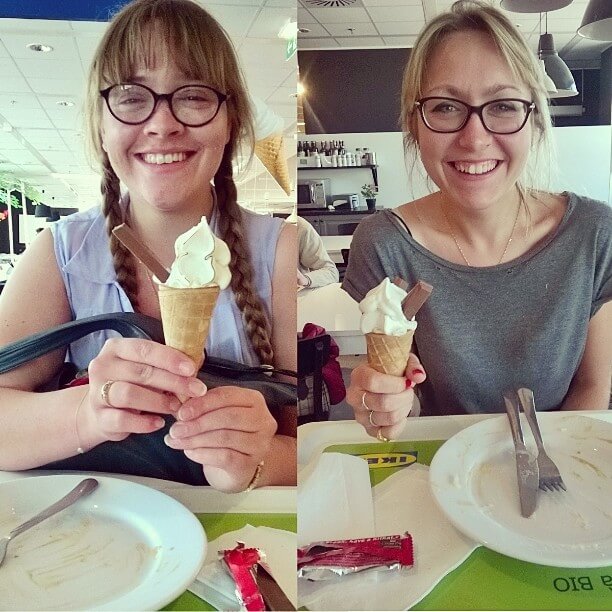 As sad as it may seem, I’m just going to say that living in Siena does this to you I swear…Ok maybe I was already like this, but whatever…isn’t Ikea everyone’s ideal day out?

And so we had it, as we made the tiresome train journey all the way back to Siena (a packet of frozen meatballs each in hand, praying that the two hour journey home wouldn’t have defrosted them too much) loaded with all things Ikea (note the big blue bag) and with the rest of our courses commencing the following day, our Sardinian adventure was over… 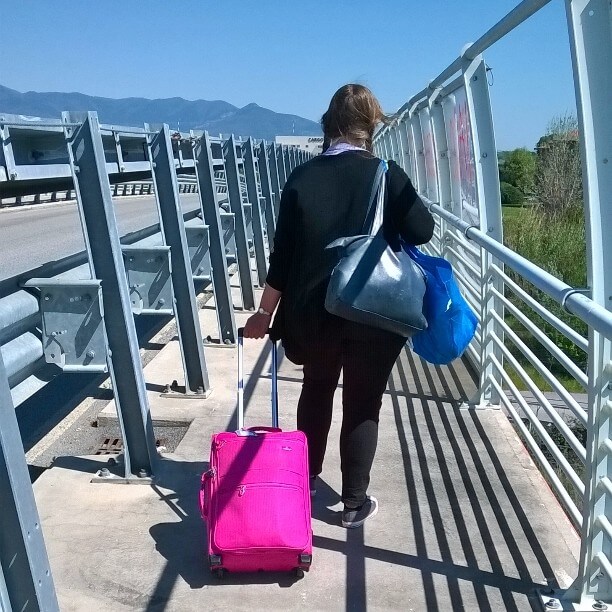 It must have been rather an amusing sight for the passing traffic I suppose!