It’s weird to think that it’s been less than two months since I started at Warwick. While packing everything bar the kitchen sink to bring with me, I was really worried that it would take ages to settle in, but the transition to uni has been quite smooth.

On arrivals weekend, everything was new all at once. From finding my room and meeting my flatmates to collecting my student ID and arguing with our microwave (it makes you put the power in watts before you set the timer!), it was a very busy couple of days. Fortunately, the move was made significantly easier by members of Warwick RAG, who helped me to carry my stuff to my new room. 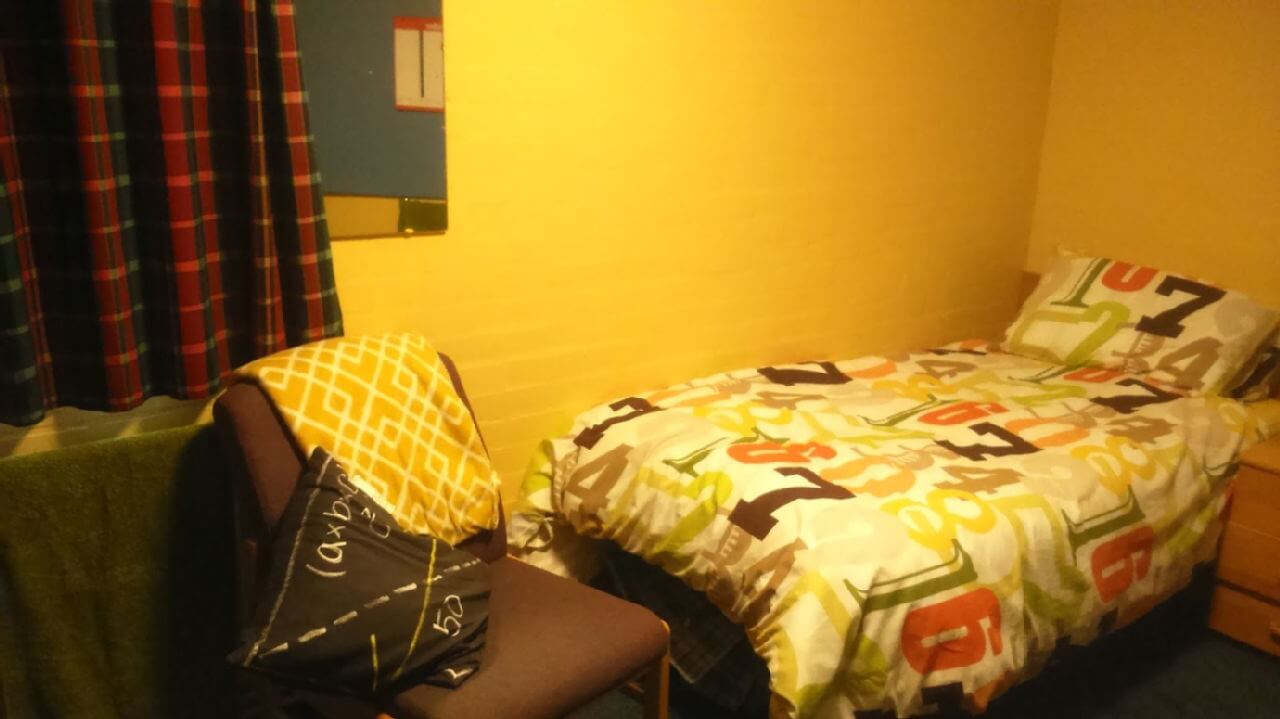 As I mentioned before, I thought it would take me a long time to get used to new people. I’m quite a shy person – the idea of living with really outgoing people is pretty intimidating to me, to be honest. I mentioned this on my accommodation application, and as a result, I’m living with a group of people who are also pretty quiet. It isn’t the stereotypical freshers’ flat that I was expecting – we don’t go out as a flat, unless you count going to Tesco. But this suits me fine – I fit in perfectly. It seems like there’s a flat for everyone at Warwick – the accommodation people are quite good at putting groups together.

Another thing that happened in the beginning of term was the societies fair. Coming from a tiny sixth form, I never realised how many different societies there could be. As well as the academic societies, volunteering and sports clubs that I expected to see, there are a lot of other things to do at Warwick – to name but a few, there are societies for student-run cinema, game design, an allotment and more music societies than you can shake a stick at. Personally, I joined Quiz Society and Maths Society on the day, because I had heard about both before arriving at Warwick, and they seemed like good societies for me. Quiz society is the one I go to most regularly – both at regular buzzer quizzes twice a week (a bit like University Challenge) and pub quizzes once a fortnight. My general knowledge is slowly but surely improving – I’ve not done much quizzing before, so I still have a lot to learn. It’s fun either way, though – and actually quite exciting when I manage to answer a question before the others!

I also signed up for Code First: Girls, which is an introductory course in web development, taught in two hour lessons over the course of several weeks. At A-level, I did Computing, so I had learnt a bit of basic HTML and CSS before, but I’d never gone very far beyond what we learnt in class. So far, I’ve been to three sessions, and I’m thoroughly enjoying it. There are a lot of things that I’d never even considered before, and I’m way more confident with the basics now. A work-in-progress of this week’s task is below – I’m using Bootstrap to make a basic HTML site look nice. 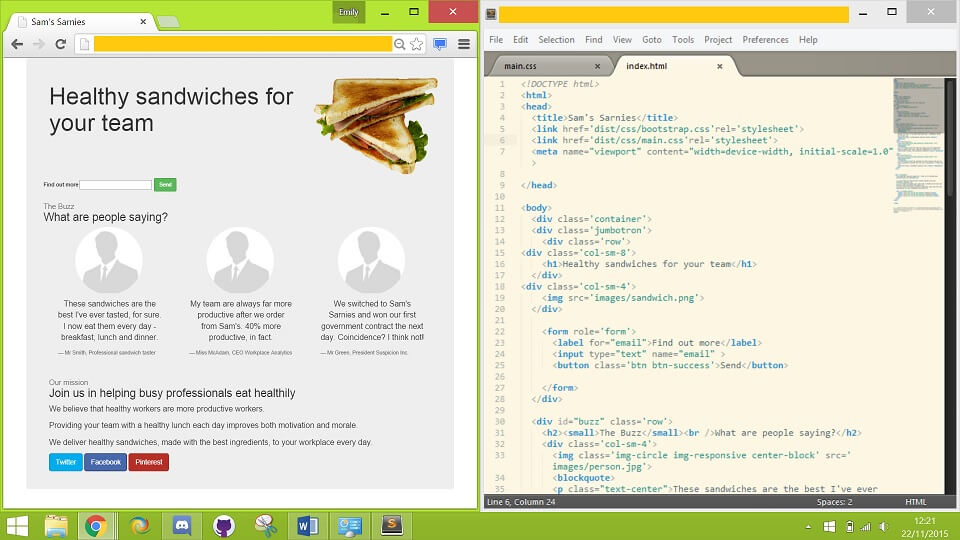 There’s quite a big thing that I haven’t mentioned yet – my course! I’m studying Maths, and so far, it’s a twist on A-level stuff. I’ll talk about it more in a later post, but it’s getting me to think more about why things are true than just trying to get a correct answer.