Routes from Westwood around Campus – OurWarwick 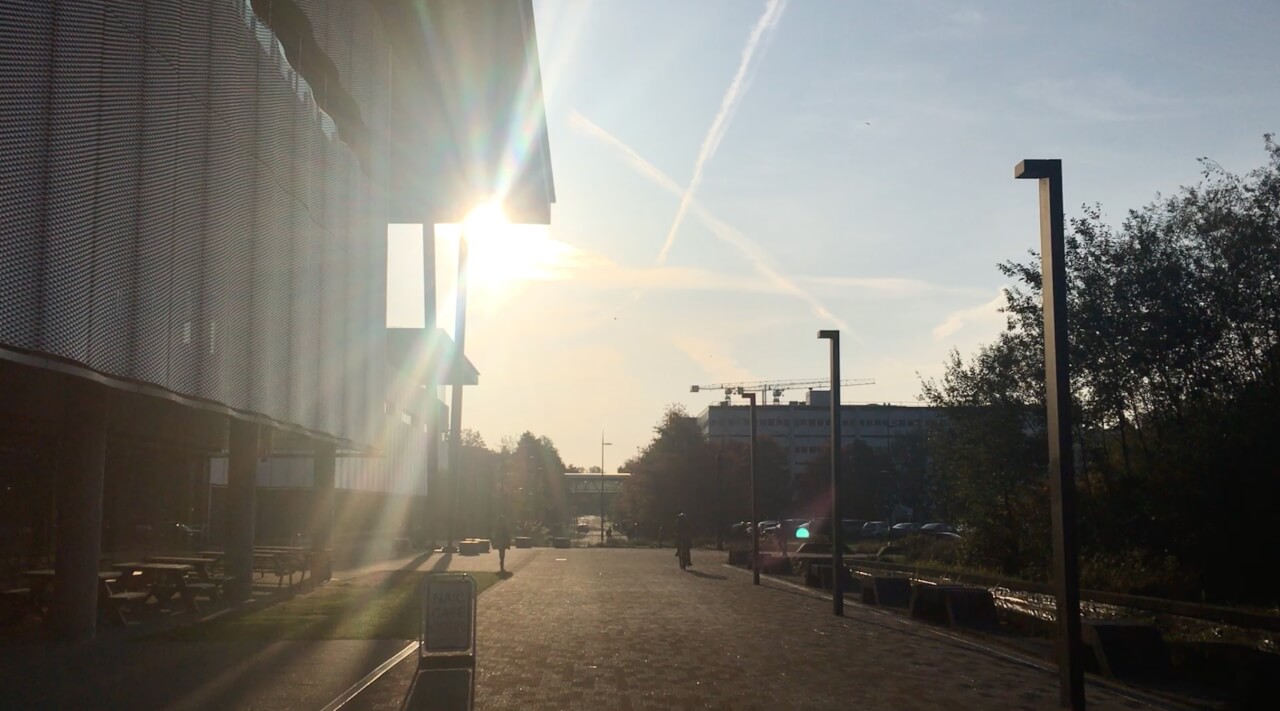 Routes from Westwood around Campus

When I went to Warwick on open days, I hadn’t been much further than the department buildings, the SU, and the Piazza. Unfortunately, that meant that when I arrived in September, I was quite disorientated as I was completely unfamiliar with where Westwood, my accommodation, was within the wider campus.

I thought it might be useful to share the routes around campus I used this year so you don’t get as lost as me; either if you get assigned Westwood accommodation, or if you’re looking for the Post Room in the future!

Both of the maps are screenshots of the interactive campus map (https://warwick.ac.uk/about/visiting/maps/interactive/), which might be useful for zooming in on to see the names of the buildings a bit more clearly.

The red line on this map leads from Westwood to the Sports Centre. I always forgot quite how big campus is until I walked between them. This is the most straightforward route I found.

The purple line goes from Westwood to the Arts Centre. I would also use this route if I was going to the SU.

The blue line goes from Westwood to Cannon Park, which is the nearest shopping centre to campus. Tesco, Wilko, Iceland, and Boots amongst lots of other shops are all there. A major advantage of living in Westwood is the very short walk to Cannon Park. 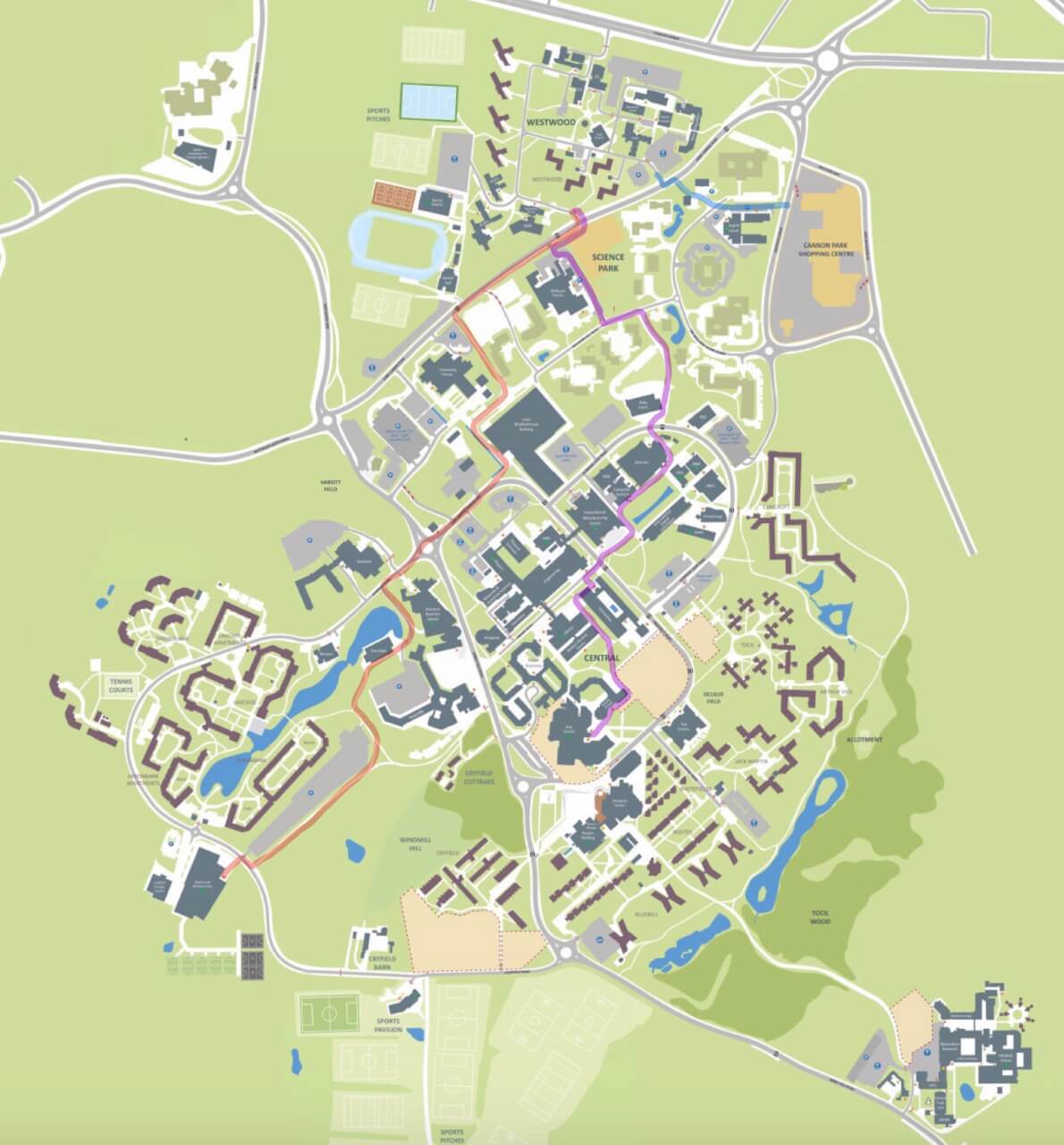 Map 2: Routes into the centre of campus

All of these routes take around the same amount of time to walk to the Library, which is where I’ve ended them. Each route has its advantages depending on which building on campus you’re heading to – if you’re looking for Maths and Stats, it’s route 3 every time, for example.

I tended to use them interchangeably as I was always heading for Humanities or the Library, just so I didn’t walk exactly the same way in and out of campus every day. 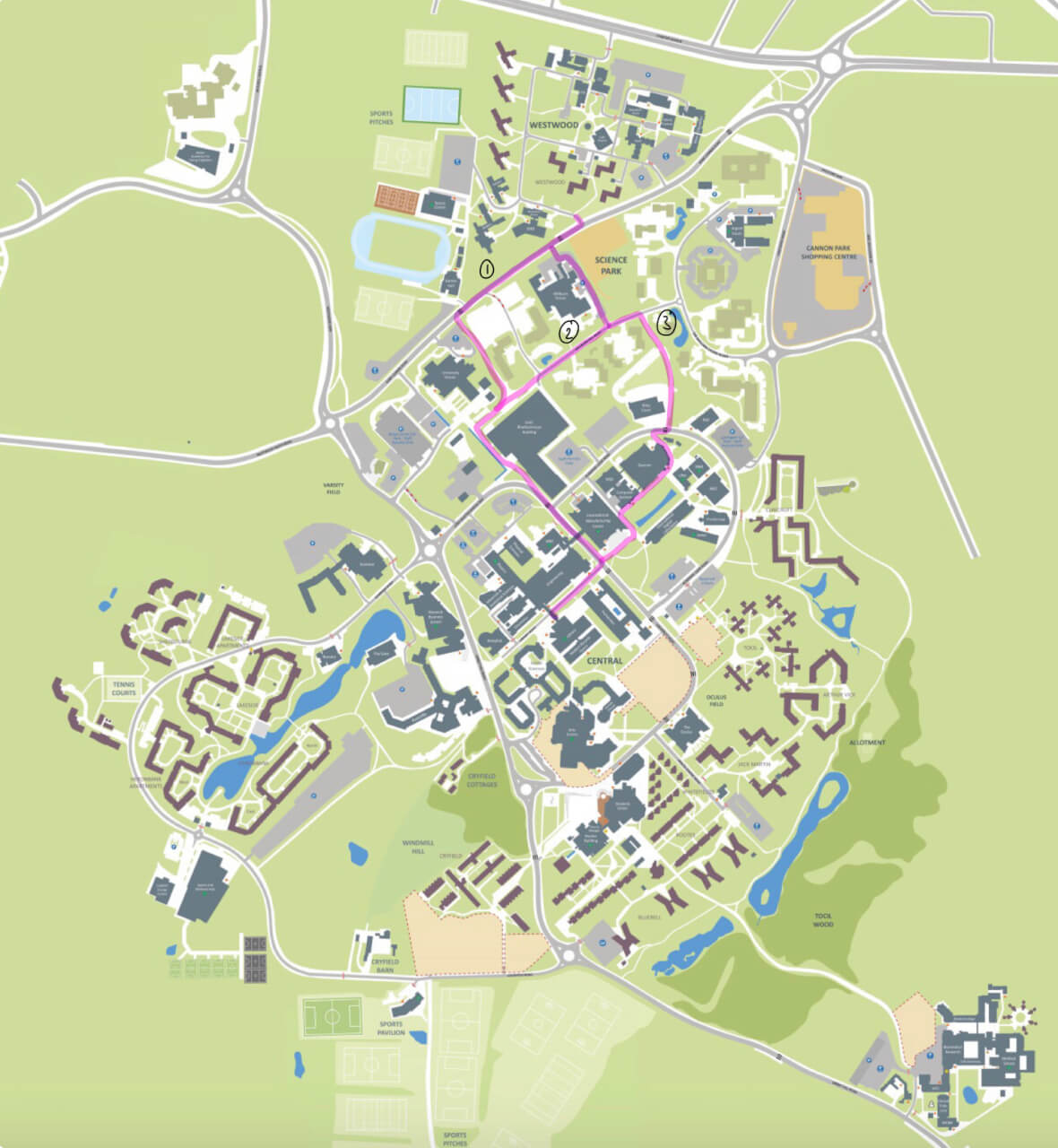 Hopefully these are clear enough that you can have a vague idea of where you’re going when you need to go between Westwood and other places on campus!