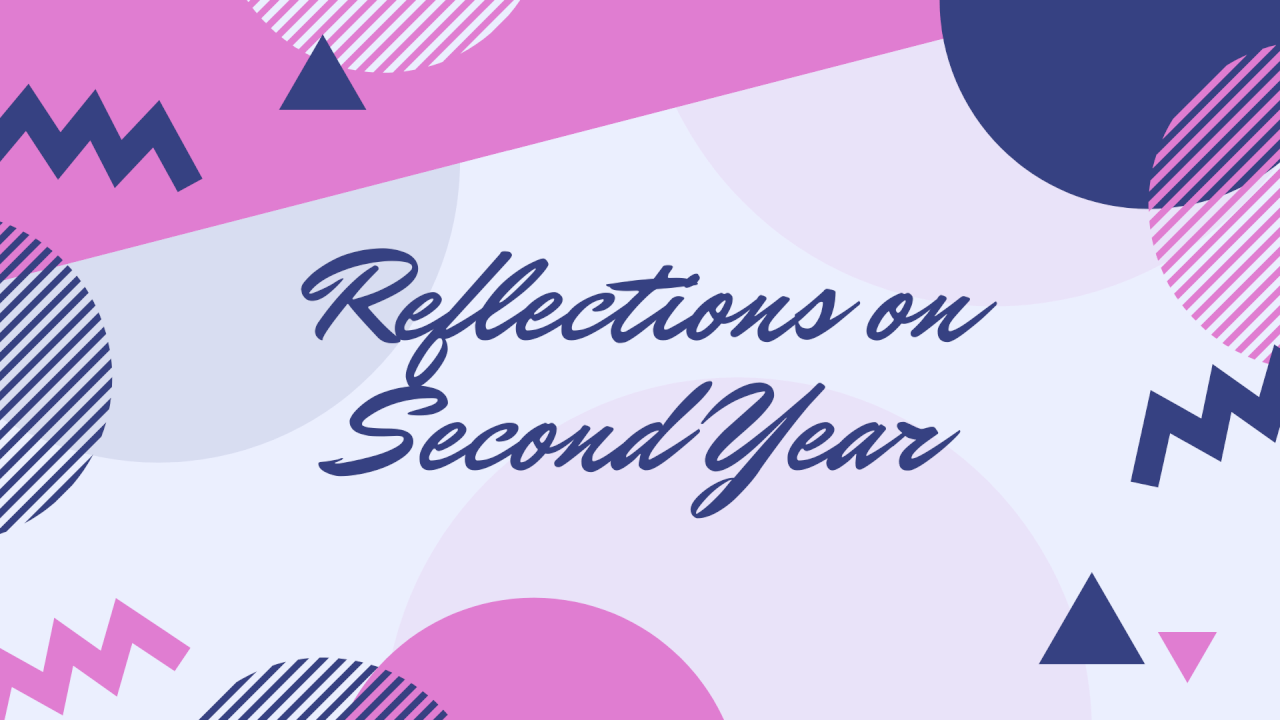 August means that my second year at Warwick is officially over, and while it’s been a weird one (what with the global pandemic and all) I can honestly say that I have LOVED second year! Despite spending my third term stuck at home, this year overall has been my favourite year at Warwick, and I’m excited to see what next year brings. I’ve learnt a lot of things over this year, so I thought I would share some of my reflections here!

One of my favourite things about second year has been living in Leamington! This year, I was living in the South of Leamington Spa with 4 of my friends, including 2 other Theatre Studies students. While the bus rides were long (I do not miss those 7am alarms) being off-campus has been great for my mental health, and having a physical difference between where I learn & work versus where I relax & socialise has really helped me set boundaries for myself. I’ve also loved being close to so many cafes, bars, shops and clubs, which I really missed in first year. It was also a nice change seeing people around who weren’t Uni students! If I could change one thing, I would definitely have taken more advantage of all the cafes and bars in Leamington, especially since COVID means I will most likely not be able to experience them again in the way I did this year.

At the start of second year, the journey into Uni was the thing I was most apprehensive about. While the bus journeys could be long, sometimes up to an hour at rush hour, I’ve actually grown to really appreciate the journeys to and from Warwick. Firstly, they provided a break between home and Uni, allowing me to catch up on my thoughts and reflect on my day. Secondly, they were a weirdly great place to socialise, from travelling in with my housemates to running into random friends on the journey. Finally, they were a good space to be productive, and I often borrowed plays and books from the library to read over the journey – plays especially were good, as they’re often short enough to finish in two rides. As a result, I have read a lot more in this past year than I have since I was young! Overall, although the bus journeys could be long, and were the last thing you wanted at 8 in the morning or 11 at night, they actually became a productive part of my day and not something to dread.

Although one of my modules this year was cancelled due to the lockdown, and two practical-based ones had their assessments changed, I still preferred my modules this year to my first year modules due to the variety of things I was learning. I chose a fairly balanced mix of practical and theoretical modules this year, which I loved, although most of my modules had elements of both. Being able to choose my own modules meant that I could look at more of the things I was interested in, including representations of different groups, writing plays, and using drama in the community. I also loved seeing how all of my modules interacted in different ways, and I would often find that something I had learnt in one class would support me in another! One thing I do wish I had done was check how the modules were assessed before I chose them, as I ended up with a lot of modules with critical review assessments, which I struggled with a lot in first year. However, my tutors were all really helpful and willing to give me feedback and advice, and I actually ended up doing fairly well in those assessments!

I definitely got more involved with societies this year, taking part in several productions and attending more socials than last year. This year I was on two drama society execs, Codpiece and BAME Creatives (read more about the different drama societies here), as well as directing, producing and acting in shows! While there were points where I was incredibly busy, I loved getting more involved in the student drama scene at Warwick, and many of my highlights of the year were to do with the societies. Through the societies this year I made some great new friends and had some amazing experiences, as cliche as it sounds! Being in Leam also meant that I made it to more of the socials, as I didn’t have the worry of having to get back to campus afterwards. The socials were another good place to meet people who I wouldn’t have met otherwise, and to bond with friends I didn’t see as regularly. While socials are definitely going to look a bit different next year, I’m still going to make an effort to attend them and get to know people in Warwick drama some more!

Getting more involved in societies did mean having to focus more on my work-life balance, as I still had a course to do! While there were some points where I definitely pushed myself (like a week in term 2 where I was on a placement, directing one show, producing another and still had classes to attend) for the most part I managed to keep myself on top of things. I have learnt this year that I personally can only manage one big project or two smaller projects outside of my course without getting overwhelmed, and that it’s better to put a sustained amount of effort into assessments over several weeks than have to suddenly cram everything into a few days! It’s also important to take a break when you need to, and I had a few day trips over weekends and reading week to see friends when I felt like everything was getting on top of me.

This year I was much more involved in the department than I was in first year, becoming a student ambassador for applicant days and being on the Student-Staff Liaison Committee (SSLC). I very much enjoyed doing both of these things, and found them a great way to get more involved in my department. One of my favourite things about both was getting to know the staff and some of the students in the other years better, especially students in first year. I loved seeing the staff’s passion for theatre and for the department outside of lectures, and I made friends with several of the students through the applicant days and SSLC meetings that I likely wouldn’t have met otherwise. Plus, the free lunches were always a bonus! I definitely plan to get more involved in the department next year, even with all the COVID measures in place.

Overall, second year has been incredible, and while I am incredibly sad that it ended so early, I’m also so grateful for all the experiences that I did get to have. Third year is definitely going to be a strange one with all the measures and restrictions, but I’m looking forward to it regardless, and I can’t wait to come back to Warwick!