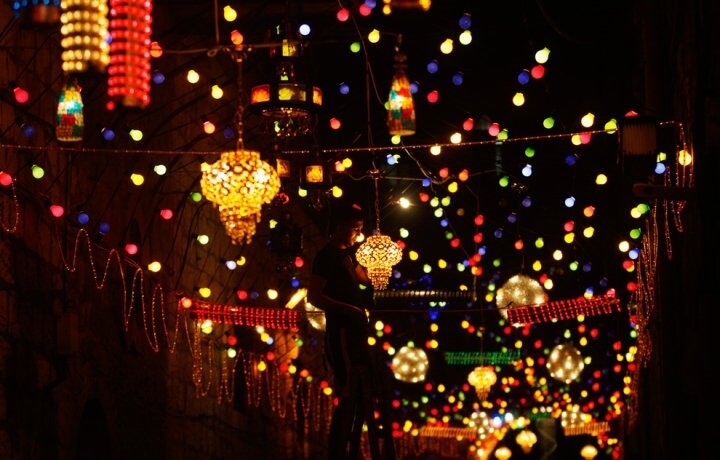 I know this is a little bit late now (I kind of died during exams sorry) but I hope everyone enjoyed their Eid for all those who were celebrating! I thought I’d do a blog post about this as it’s something that I’ve struggled with personally in the UK after living in the Middle East which is spending Ramadan and Eid on campus.

During this time of year when Ramadan comes about, I get insanely homesick. It’s very lonely to come from a country where the whole country is transformed during Ramadan and an amazing vibe comes together, to somewhere like here where barely anything happens. I remember first year, I barely even ate on the first day after breaking my fast at 9pm because all I could think about was how my family were all gathered together in Cairo at my grandma’s house and I was in my room in my hall, alone with a meal, while my flatmates were pre-drinking in the kitchen.

This year and last year’s Ramadan was also really tough for me because I’ve never had to fast that long. I’ve only ever gone without food and water until 7:30pm maximum while here I’m having to go all the way to 9:30pm AND start fasting again at 2-3am when back home I’d be able to eat up to 4am. I know that everyone in countries like the UK has to do this, but switching to that was quite tough for me, especially because the last 2 Ramadans have come during exam season – so around 4-5pm, I’m dehydrated with no energy and I can’t focus on studying. It’s hard and I’ve had to learn how to get around it.

I know this all sounds incredibly sad, hard and lonely and it may seem like I’m complaining but that’s not what I’m trying to do at all. I’m just trying to honestly share my experience just so if anyone is ever in a similar situation to me, they know they’re not alone. I’ve now learnt that there are ways to make sure that you’re not feeling so down during this time of year and I wanted to share them in case they help anyone at all as this time of year is supposed to be a lovely one and not a sad one!

I hope this helped and I hope everyone’s had a blessed time! I just noticed that no one had posted about Ramadan before and wanted to share some things that I’ve experienced so I could help others.

Hope everyone has a lovely summer and your exams were okay!