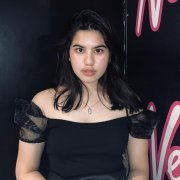 In light of this great amount of free time we have as a result of the coronavirus pandemic and quarantine, I have decided to accumulate this list of political books that are incredibly useful for a quick and breezy read. This will consist of books with societal, economic and international relations undertones; regardless of whether or not you are a student under the social sciences, these books are suitable for everyone interested in these issues. With all the free time we have right now, you have the perfect opportunity to expand your horizons of knowledge; utilize your spare time to its best and feel free to comment on any books you would like to share on this platform. It is also worth noting that these are not text-book like publications but rather narratives that have been published as a response to its socio-economic time frames and to stimulate a response from the reader.

Americanah: This outlines a social satire masquerading as a romantic comedy; Ifemelu and Obinze are young and in love when they depart military-ruled Nigeria for the West. Ifemelu heads for America, where despite her academic success, she is forced to grapple with what it means to be black for the first time; this highly juxtaposes her expectations of the American dream and she is left shocked by how immigrants are treated. Quiet, thoughtful Obinze had hoped to join her, but with post-9/11 America closed to him, he instead plunges into a dangerous, undocumented life in London. Fifteen years later, they reunite in a newly democratic Nigeria, and reignite their passion—for each other and their homeland.

Animal Farm: A farm is taken over by its mistreated animals. With flaming idealism and stirring slogans, they set out to create a paradise of progress, justice, and equality. Thus the stage is set for one of the most telling satiric fables ever penned –a razor-edged fairy tale for grown-ups that records the evolution from revolution against tyranny to a totalitarianism just as terrible. During the time of publication, the Russian federation under Stalin was seen as a target by the West and this societal context is heavily ingrained into the narrative of the story.

The Glass Menagerie: The Glass Menagerie is a memory play, and its action is drawn from the memories of the narrator, Tom Wingfield. Tom is a character in the play, which is set in St. Louis in 1937. He is an aspiring poet who toils in a low paid shoe warehouse to support his mother, Amanda, and helpless sister, Laura. All characters find themselves trapped in the social boundaries enforced upon them; the concepts of money and happiness seem far apart and are representative of many working class families in the United States during this time. This play is set during the post economic crisis in the United States of America and is indicative of the many socio-economic problems during that time.

Other books you may want to look at: The 48 Laws of Power, The Prince & A Very Stable Genius