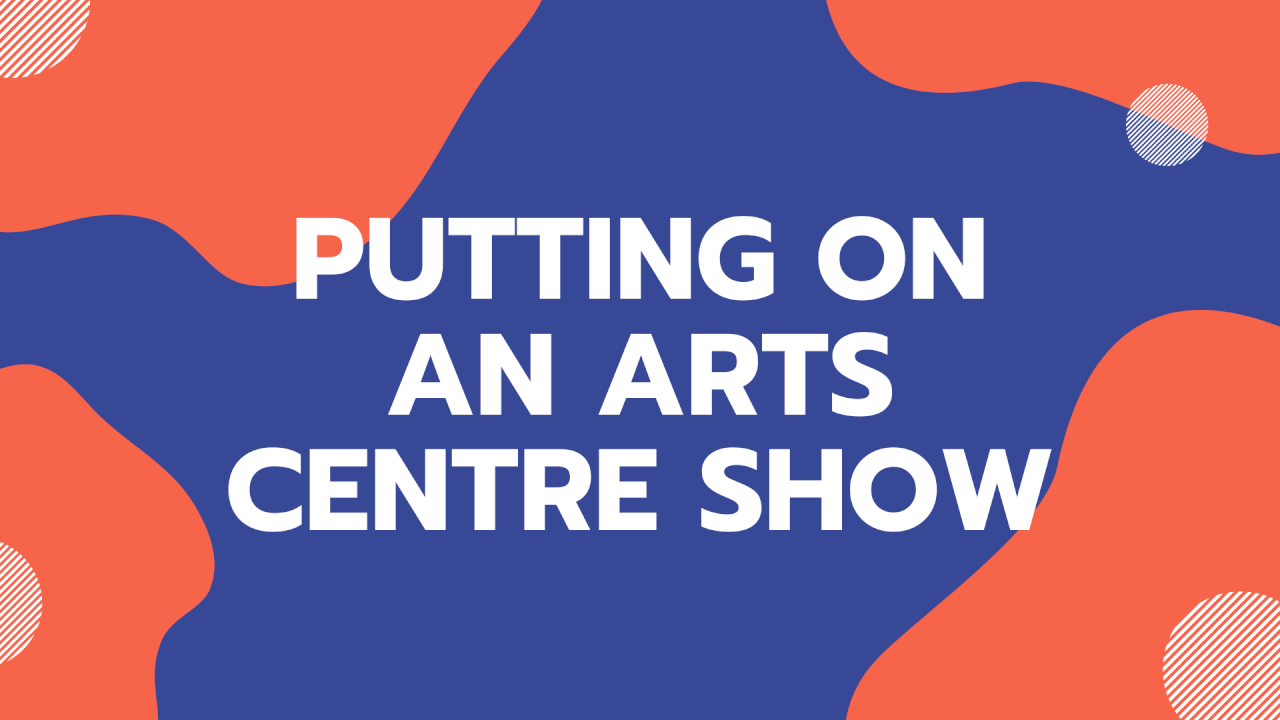 Putting on an Arts Centre Show

In my first term of my second year at Warwick, I was lucky enough to assistant produce Warwick University Drama Society’s show ‘Antigone’ in the Warwick Arts Centre. The experience was an amazing one for me and is easily one of my highlights of second year! This opportunity to put on a show in a professional venue was an amazing one, so I thought I would give a little guide to how we put on our show in the Warwick Arts Centre!

Our process began back at the beginning of term 3 in my first year, when I got a text from my friend asking me if I wanted to assistant produce with her – of course I said yes! A few days later we met with the co-directors of the show, who explained the concept and their plans on a little table upstairs in the SU. From there, the four of us began building our team, contacting people we thought might be interested in helping out, including with marketing, design, dramaturgy and movement.

Once we had our team together and had submitted a form to show our interest, we began holding meetings to go over our ideas and plans for the show. This involved many hours sitting in the Arts Centre cafe (a favourite for theatre students) and holding meetings explaining the idea and coming up with concepts. As well as the people in our team, we also met with exec members from the society to discuss budget, logistics and outreach ideas.

From all these meetings, we started writing a ‘pack’, which is a document containing all the information about the show. This included the show’s concept, marketing and outreach plans, budget, designs and more! This meant many more hours in the Arts Centre cafe, writing out ideas, chasing people down for their section and making the pack look presentable! Many iced mochas and a few drafts later, we had our pack! We submitted it to the Drama Collective (the society in charge of Arts Centre shows) and got ready for…

To decide which shows would get to be performed in the Arts Centre, a panel of around 10-15 students were chosen. These people read through all our packs focusing on a particular area of expertise, then prepared questions for us. This was definitely the bit of the process I was most nervous about, but it actually ended up being really chill! After about an hour or so of questions, we left panel and stuck around campus, waiting for the call to see whether we had gotten the slot (spoiler alert – we had).

We arranged our auditions to take place on campus about a week later. This was definitely one of my favourite parts of the process and we saw some really brilliant people over the three days, although we had gone a little crazy by the end of it! Recalls then took place the next day, with 2 people recalled for each role. As our show was set in Northern Ireland, we began the day with a group accent coaching session to see how easily the actors could pick up on the accent. We then held recalls both in pairs and individually to test chemistry and to see how the actors managed a different emotion to the audition extracts. Once we had seen everyone, we decided on our cast and called them up to confirm their roles in our show!

A few days after recalls we held a read-through, where the cast got to meet each other all together for the first time! We then began rehearsals for the last few weeks of term, taking advantage of all the free rooms since classes had finished for the year! These rehearsals consisted of character workshops, accent workshops and scene rehearsals, which were all very chill and enjoyable! Over the summer we left our actors to learn their lines and practice their accents, re-starting rehearsals 2 weeks before term 1 began. We also held more auditions during Welcome Week for a chorus of freshers who joined our main cast. After a few weeks of rehearsing we had our show together, our costumes ready and our set sorted! We were all super excited to get the show into the studio and show our audience what we had done!

While the cast had the Monday of show week off, us producers, the directors, the designers and our lovely tech team had a 10am-10pm day in the studio space! Despite the hours, this was easily my favourite part of the process as we spent the morning painting, tying up papers, hanging up dust sheets and arranging the space alongside dozens of helpers from Tech Crew. After an enforced lunch break, we began adding the lighting and sound into the space, which is when the show really came alive! Standing on the balcony overlooking the set, it was a truly amazing experience to see the ideas everyone had come up with months ago appearing in front of our eyes!

Tuesday heralded the tech run, another 10am-10pm for us! The cast also joined us at 1pm for health and safety notices and to begin the tech. The tech run involved a lot of sitting around for me while the directors and tech crew did their thing, but seeing the actors in costume with the lights and set was amazing! The cues got programmed in and we all were sent home to go and rest, ready for opening night.

Wednesday, another 10am start for us, although fortunately the last one! The day was one filled with a lot of emotion, with the cast joining us at 1pm again to run through the show as if it was the real performance! This was very exciting, with each of the core team choosing a different seat to try and gauge the best viewing spot! After the run we all relaxed, had a bite to eat and got ready for our first performance to the public!

We had 4 performances of the show, from Wednesday to Saturday at 7.45pm. The show ran incredibly smoothly each night, and we had some great feedback from the audience! Our Saturday was especially exciting as we actually sold out! By the end of the week we were all exhausted and ready to crash – but not before we had celebrated our success!

Overall, the experience was absolutely amazing and was a great opportunity that I never thought I would be able to have at Uni! If you get the chance to be involved in a Warwick Arts Centre studio show, I would definitely recommend doing it!