Since sometime before I became a member of QuizSoc, one set of buzzers has been out of action due to a fault. I’d earnt a bit of a reputation as "the electronics-y one" at QuizSoc, due to being moderately good at naming components and having been involved in robotics in high school and sixth form. While I’m no electronics whiz myself, I do know a fair few people who are – including my friends and former teammates Robert and Ryan, who are both at uni in Birmingham. I’d pitched the idea of attempting to fix the buzzers to them a while back, and today we met up to take a look.

I’ll admit that my main use in all of this was pretty limited to looking up the part numbers of various components, and also trying to find resistors in suitable ratios for them to do things I don’t really understand with.

After opening the case and poking about with a multimeter for a bit, they came to the conclusion that the fault was caused somewhere within the system that drives the LEDs. They realised that we lacked the parts needed to fix this fault at this moment in time, so decided to put it back together and call it a day. 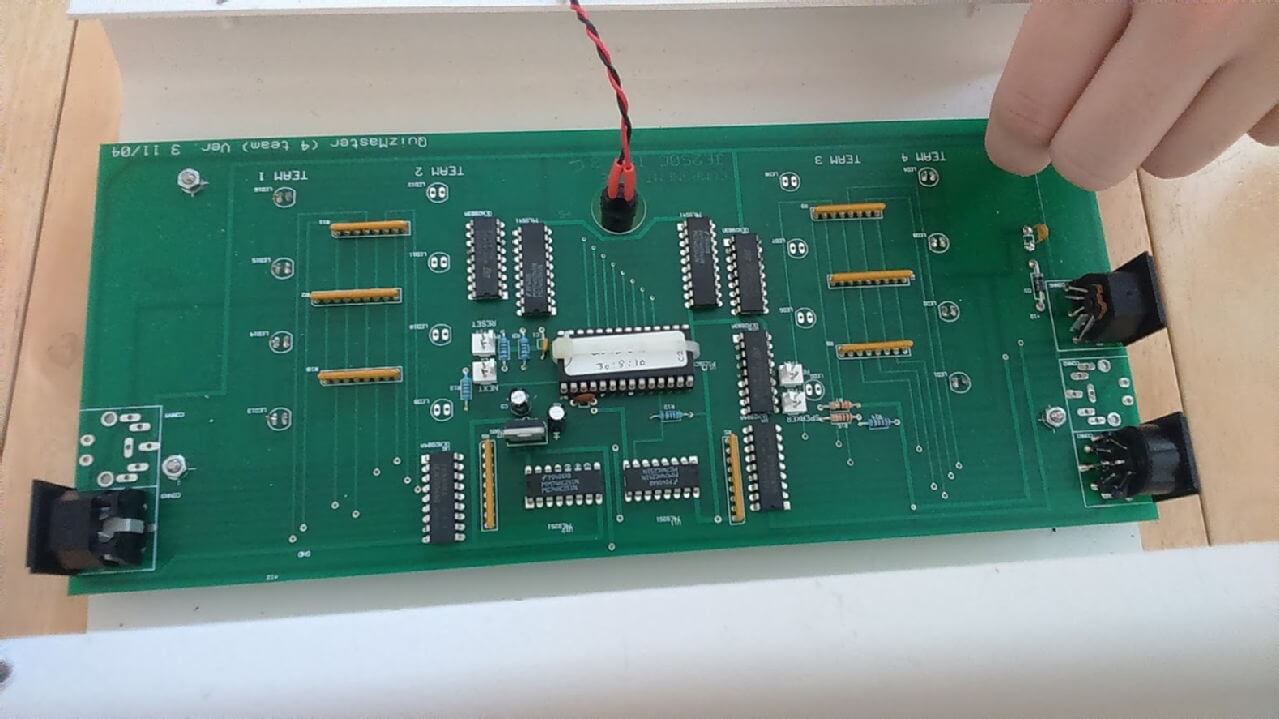 We decided to head down to campus for dinner at the Duck. We chatted for ages – catching up on all of the old sixth form gossip and generally just being odd. I used to see them every day, as is the way in school. Now, we don’t see each other very often and we’ve all got new groups of friends in our lives, but I’m really glad that we’re all still on the same page – it can sometimes feel like we’ve not been apart at all.

It took us a few songs on the Duck’s playlist to realise just how cheesy it was today – we’re talking Fresh Prince of Bel-Air, S Club 7, Steps and so on. We jokingly said we’d stay until Cotton Eye Joe. I don’t know whether this is down to our tastes in music, or whether we just went to all the school discos in primary school, but we thought it was great nonetheless. Nothing like watching the fairly competent engineer who you’d spent the day assisting lip-synching to "Mickey". At one point, long after dinner and drinks were finished, there was a lull in conversation where we’d all trailed off after a story, and then we heard the beginnings of Cotton Eye Joe.