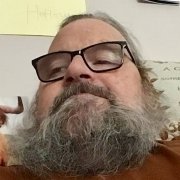 My name is Ray Jones and I am a mature student currently studying BA (Hon) in Social Studies, part time doing 2 modules per year.

I started work in 1970 and have had a varied career starting a food shop, this was before supermarkets. In 1972 I joined the army and served for 12 years leaving as a Sergeant Chief Clerk of a Training Centre. The next major change was joining Royal Mail as a postman where I worked for 13 years and took voluntary redundancy as a Training Manager. For a period of 5 years I was a self-employed training consultant specialising in NVQ’s, developing standards, training, assessing and verifying and troubleshooting NVQ Centres who had issues with awarding bodies . During this time, I worked with colleges and the Fire Service and was approached about running a NVQ Centre for them which I did for 5 years until I became ill.

A period of unemployment followed I became a porter/driver for the NHS and subsequently within Mental Health. I retired on my 65th birthday, not my choice, due to ill health.

My youngest daughter was studying at Coventry University and for something to keep me active I would proof read her assignments and discuss her modules. She made me aware of the Gateway and l applied and completed the course in 2017 and then started my degree.

I have been married for 48 years and have 2 daughters aged 44 and 42 and a grandson aged 21, who has just joined the Army and a granddaughter aged 9.

My interests are varied but include sports only watching and music. My musical interests are Pipes and drums, blues, rock and folk. For 10 years I was the bass drummer in a pipe band. I have followed a group for almost 40:years and was at their last ever concert in August last year when after 45 years they called it a day. The group was Runrig. I also collect original Noddy memorabilia.