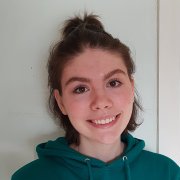 As a Statistics student it’s probably not surprising that reading isn’t my forte. That being said I love reading a popular maths book – it’s an accessible yet knowledge packed introduction into new areas of mathematics you probably haven’t learnt about at school. I read a lot from Year 11 to Year 13 and the books provided great talking points for my personal statement. Here’s my top four I think you need to check out:

This will forever be my favourite book by one of my favourite authors. This book focuses on the infamous Theorem proposed by 17th Century Mathematician Pierre de Fermat, he stated that there are no positive integers a, b and c that can satisfy a^n + b^n = c^n for n greater than 2. He handily claimed his proof could not fit in the margin of the page and the proof evaded mathematicians for centuries until it was finally proved by Andrew Wiles in 1994. You will follow the journey of the Theorem from it’s proposition to proof and be introduced to key mathematicians along the way, from Euler to Turing. This book shows the journey of the proof and a good general history of mathematics with some bonus mathematical anecdotes sprinkled in for good measure. If you’re particularly interested in pure mathematics then this is a must read. It’ll introduce you to a side of maths more akin to University material by an author who may inspire your mathematical imagination more than your teacher can.

After the workout provided by “Fermat’s last Theorem” this book looks at the bigger journey, with each chapter a station along mathematical history. In this book you look at the significant features of modern mathematics which may be taken for granted. Where did numbers actually come from? Who invented zero? Why does algebra exist? What does infinity mean? The focus of this book is to supply you with the basics, there are some beautiful mathematical ideas in the book and it is accessible for anyone with a GCSE in Maths. It’s the perfect quick stop tour to rattle around maths and statistics for 411 pages to help you get an idea of what you find interesting.

The Simpsons and their Mathematical Secrets – Simon Singh

We might expect Homer just to think about Donuts and Duff Beer but do you know he also nearly predicts the weight of the Higgs boson particle 10 years before it was even discovered? Coincidence? In fact, it’s probably because most writers on the show are also avid mathematicians. In most Simpsons’ episodes there’s probably 1 or 2 nods to mathematics you might not even notice. In this book Singh collates the important references from Pi to probability to topology into a hugely readable and relaxed book. There’s no need to have seen The Simpsons to enjoy the book, the reference is introduced and then Simon Singh takes it away with his anecdotal style. This is probably the most accessible book on the list.

I had to include a book written by Warwick’s own Emeritus Professor of Mathematics, Ian Stewart. This book is the most challenging of all books mentioned but it covers 17 equations from within Mathematics, Finance, Physics and Statistics. For each equation Stewart explains what the equation means, its importance and uses. This book is a great way to delve into the diverse applications of mathematics. After reading one of the other books I have suggested, this book is a great way to further your understanding to a deeper level.

I have 2 honourable mentions if you’re interested in more recommendations, check out “The Code Book” by Simon Singh and “The Number Mysteries” by Marcus du Sautoy.

I think popular maths books are a great way to see the bigger picture of mathematics. When you arrive at University, the Maths and Statistics courses will be quite different to A-Levels, more proof lead, with less “right answers”. See how you feel about the type of maths you read about in these books, it might be quite different to what you may expect!