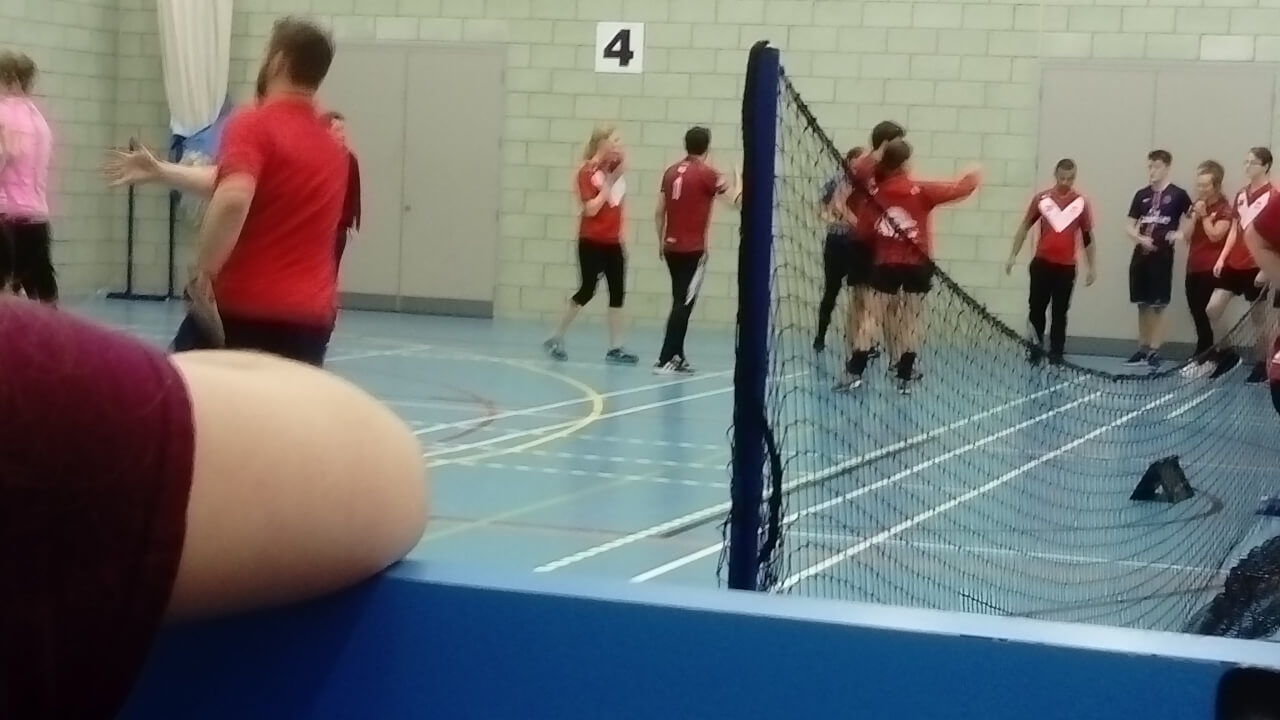 When I was planning for my first year at Uni, one of the things I promised myself I would do was to take part in more sport. Now, since during A-levels I didn’t doing any physical activity, that wasn’t a very hard thing to do. I got to University with a list of clubs and societies that I wanted to join, and right at the top of that list was Netball.

Netball was at the top of my list because it was always my favourite sport at school, and the one I was best at. I joined both Netball clubs in first year and enjoyed getting to play the sport more regularly, with such a great group of people. Unfortunately, due to the timing of training, I didn’t get to play as much as I would have liked to, but the little I did was really fun. This year I decided to only join Mixed Netball as I couldn’t commit to both and prefer to just play games for fun, rather than really trying to improve my skill at the game through drills (as Women’s Netball do).

Before Uni, I would have expected the story to end there. I knew I liked Netball and I tended to stick with what I knew. But coming to Uni, I also wanted to try new things which is why I went to a Dodgeball taster session in the second week of term 1. I think it came as a surprise to everyone when dodgeball stuck. Whilst my parents knew I was planning on joining some sports clubs, I don’t think they believed that I would get as involved as I did.

Let’s take a step back for a moment…

That first taster session I went to was a female-only taster session. We played some of the “fun” variations of dodgeball such as Daisy Chain (where, if you get out, you need to remember who got you out and then can come back in when that person goes out). It was very fun, relaxed and friendly so I signed up for the club as soon as I left.

Now, it’s probably a good job that I did so as, if I hadn’t, I don’t think I would have continued going after the second taster session I went to. The second taster session was for everyone and was absolute carnage. There were so many people playing that we played in 4 corners rather than 2 teams opposite each other. It was still sort of fun but a little bit daunting if that had been my only impression of dodgeball.

Anyway, since I’d paid for my membership, I decided to go to their first training session where I found out that competitive games are much more about teamwork and strategy. I loved this as it meant that there was more structure to the game and you knew where the balls were likely to come from. And the more dodgeball I played, the more I loved it.

Since starting dodgeball last year, I’ve played in league fixtures and tournaments against teams from right across the country and improved in leaps and bounds. What I love most about it is the fact that you can start playing competitively in your first term of ever playing. Most people enter University having never played the game so you’re on a fairly even playing field pretty quickly. Also, Dodgeball is one of the friendliest societies I have been a part of so far.

So, whatever you’re looking for, try something new a few times and see what sticks. You never know, you could find a new hobby you will participate in for a very long time!