Places to study on campus in Term 3 – OurWarwick

Places to study on campus in Term 3 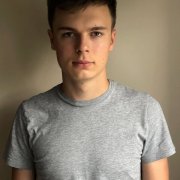 As exams approach, attention is becoming more and more focused on revision (hopefully!). Being able to have a productive revision session revolves very much around the environment you are studying in and so it’s important to get this right. Some people are fine with studying in their rooms, in which case not much thought needs to go into this. But many people, like myself, find it difficult concentrating in their rooms because there are too many distractions which include our friends who no doubt will be close by. Going out and finding somewhere on campus, therefore, where there will be fewer distractions and perhaps more pressure to actually do some studying may be beneficial. Also, as study spaces are much busier in Term 3, it’s good to know some of the less typical study spaces so you can escape the crowds. It will also be a good idea to know at what time of the day are those study spaces the least crowded.

So we will begin with the most well-known study space: the library. The library is obviously the biggest study space with many places to work and also lots of resources to make use of when revising. However, that also means that it attracts the most people which means from late morning to late afternoon and into the evening, it can get extremely busy which makes it difficult to find somewhere to work. All hope is not lost though – if you are a morning person, then getting up early is a good idea because the library (as with most study spaces on campus) is much quieter at around 8-9am meaning you can get yourself a decent spot for a few hours. If you are someone who wants total silence when revising, then the silent-study floors of the library are probably the best place to go on campus. If a little background noise does not bother you though, you might find other places on campus more appropriate.

One of these is the Oculus, which is personally my favourite place to study. Lots of people do group work in the Oculus and there are lecture theatres and seminar rooms there which means there is always a moderate level of noise. Some people find this works for them though and so it really does just come down to preference. I find the Oculus to be much better than the library in terms of comfort with chairs you can really relax in. All of this makes the environment in the Oculus a lot less tense which I am sure makes revising a lot easier for many of you. Bear in mind though that you cannot access the Oculus after around 10pm and so if you are someone who studies late, the library is a better choice.

In addition to this, the Social Sciences building near to the library has recently been kitted out with some new study spaces. Again, these are in a slightly more chilled-out environment with some background noise and people moving about due to its close proximity to many lecture theatres and seminar rooms. Also, because you are still not too far from the library, you can make use of the Library Café for lunch…

Of course, you also have your respective departmental common rooms to make use of and in Term 3, some departments also reserve specific rooms at certain times for their own students to study in so they can avoid the library and other busy places. Departments who do this will usually send out emails to all their students with a list of the rooms and times – so check your inbox! Failing this though, send your department a quick email asking whether this is something they do and whether they could send you the information. Using these rooms, as well as your departmental common room, is good in the sense that you will be studying with people who are doing the same course and so you can benefit from each other’s knowledge and ask questions on things you are stuck on.

So those are the main places to go and study on campus. Think about which ones would be suited to you as this can help with your revision quite a bit. Also remember that changing the environment you work in relatively frequently is a good strategy.