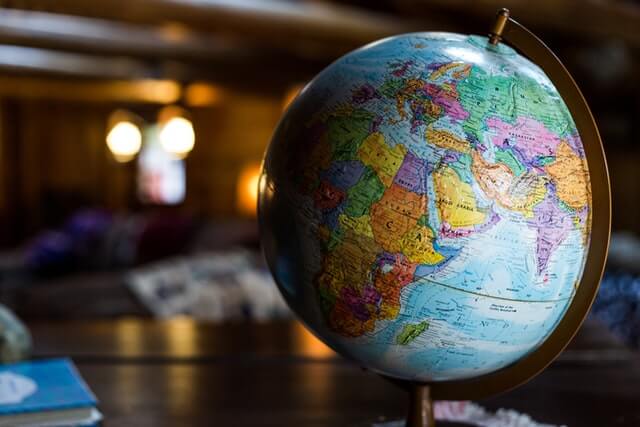 In this post, I explore two of my favourite modules from first-year Economics and hope to give you a glimpse of some of the pieces of content they include. I first discuss the interactive nature of lectures for microeconomics and then move onto economic history and the intriguing story of development explored in history from across the globe.

Guessing the number of smarties in a jar was a highlight of how interactive one of our micro professors made lectures during term 2. He gave everyone a slip of paper and asked us to guess how many smarties we thought would be in the jar. Then after the lecture, he went away and formed a graph with all our responses; surprisingly, someone guessed the exact number and won the whole jar.

This exercise was to illustrate how the average ‘guess’ is surprisingly close to the right answer when there are many market participants, even in the absence of full information. The exercise had a great parallel to understanding how something as complex as the stock market ‘efficiently’ (although imperfectly) prices companies, even without full information about underlying idiosyncrasies of a business.

Another example of making lectures more engaging was when, at the end of an afternoon lecture, as promised, he showed us a video to illustrate the problem of coordination in a game. He did this by showing us a video of students (from Warwick) queuing in an orderly fashion at the beginning of term at the bus interchange and contrasted that with the chaos at the end of term as people were keen on getting home. This video illustrated the breakdown of cooperation as a ‘game’ nears the end of its period – considering that these students would soon be back at home at the end of term.

One of my favourite topics within the History module was the second industrial revolution headed by the USA. Hearing about the management philosophy and culture of efficiency that spurred the service sector revolution increasing incomes for Americans at an unprecedented rate and taking them to the forefront of the global economy for what would be decades to come was fascinating.

The History department also did a great job at expanding our minds not just to the history of the ‘Western’ world, but also across the globe through Africa, the Middle East and Asia, including Chinese empires. The interaction between and characteristics of the Islamic and Byzantine empire (explored in the book ‘Power and Plenty’ as part of our required readings) was one of the most interesting topics for me. This interest stemmed from learning about the effective system implemented by Islamic authorities when almost franchising a tax system to incentivise regions to become part of a culture that was threaded through their far-reaching empire. Such an interest was also rooted in the string of interactions that began what would become the start of the Orthodox Church in Russia.

Another favourite topic of mine was development economics, which included studying the rise of economies like Botswana and the systems they had in place to ensure accountability for authorities that facilitated key institutional development leading to previously unseen rates of economic growth in the second half of the 20 century for the country.

Through this module, I could appreciate the uniqueness in the development of nations. For example, contrasting the mechanism of growth taken by China and India where China took a path of controlled and measured opening to foreign markets through Special Economic Zones, to the service boom seen in India which rode the wave of technology developments in the 1990s.

I have merely touched the tip of the iceberg in terms of interesting content taught in first-year Economics, not even mentioning the statistics project we get to do or the quantitative components involved in the maths and stats module. Despite this being a glimpse, I hope these insights into microeconomics and economic history demonstrate that the department at Warwick are committed to giving us students a strong, yet broad foundation in the subject to help set us up for future study.