O-Week? I don’t hate it! – OurWarwick 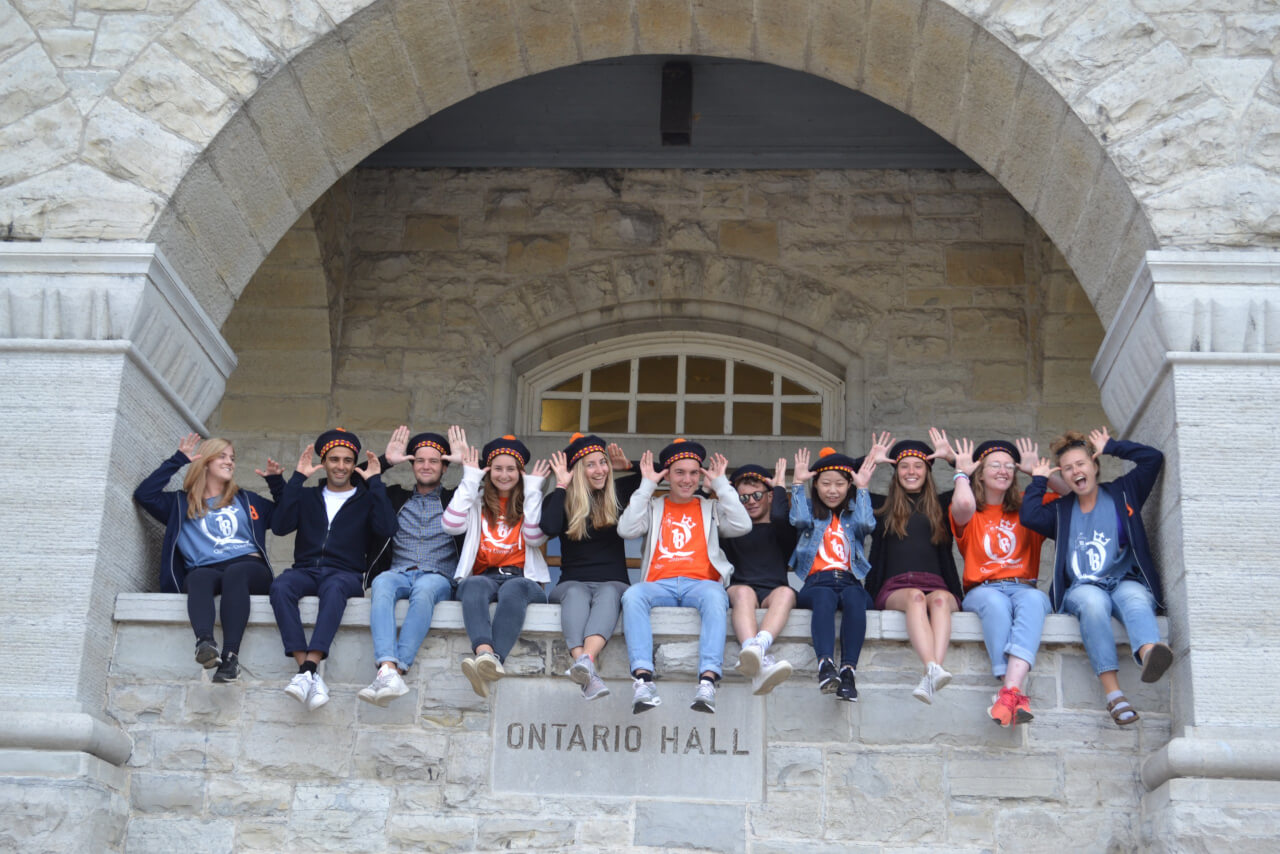 With Welcome Week at Warwick drawing to a close, I thought I’d share a little about the equivalent week here in Canada. I signed up to NEWTS week before I got to Canada – standing for New, Exchange, and Worldly Transfer Students. Specialised for students that aren’t in first year but are new to Queen’s, we focused less on basic academic practice and the start of university, but looked at Queen’s, its traditions, and getting to know each other and the area.

Day one set the tone for a pretty busy week. After being split off into groups of approximately 11-12 students from across the world, and in different faculties, we got to get to know each other and our ‘geckos’ – the two Queen’s students who’d be leading our group for the week. I was in the group “Orange is the Newt Black” – pretty appropriate for the week! They (the geckos) were both so friendly and we all set off on our campus tour first – fun but with the weather being so warm we were all struggling to stay outside for long! Afterwards, we headed to a BBQ hosted by the co-ordinators of the week. All exchange students were in the orange shirts for the week – other faculties like Arts and Science (yellow), Engineering (purple), and Concurrent Education (green, I think!), had their own t-shirts as so many people take part in orientation. Queen’s in the Park was a fair with a  lot of societies and sports for students to see, which was a short break before we went on our tour of downtown Kingston! We also learnt a variety of cheers and our ‘class dance’ for the year, that was done so much throughout the week, and much like the shirts is very faculty specific! 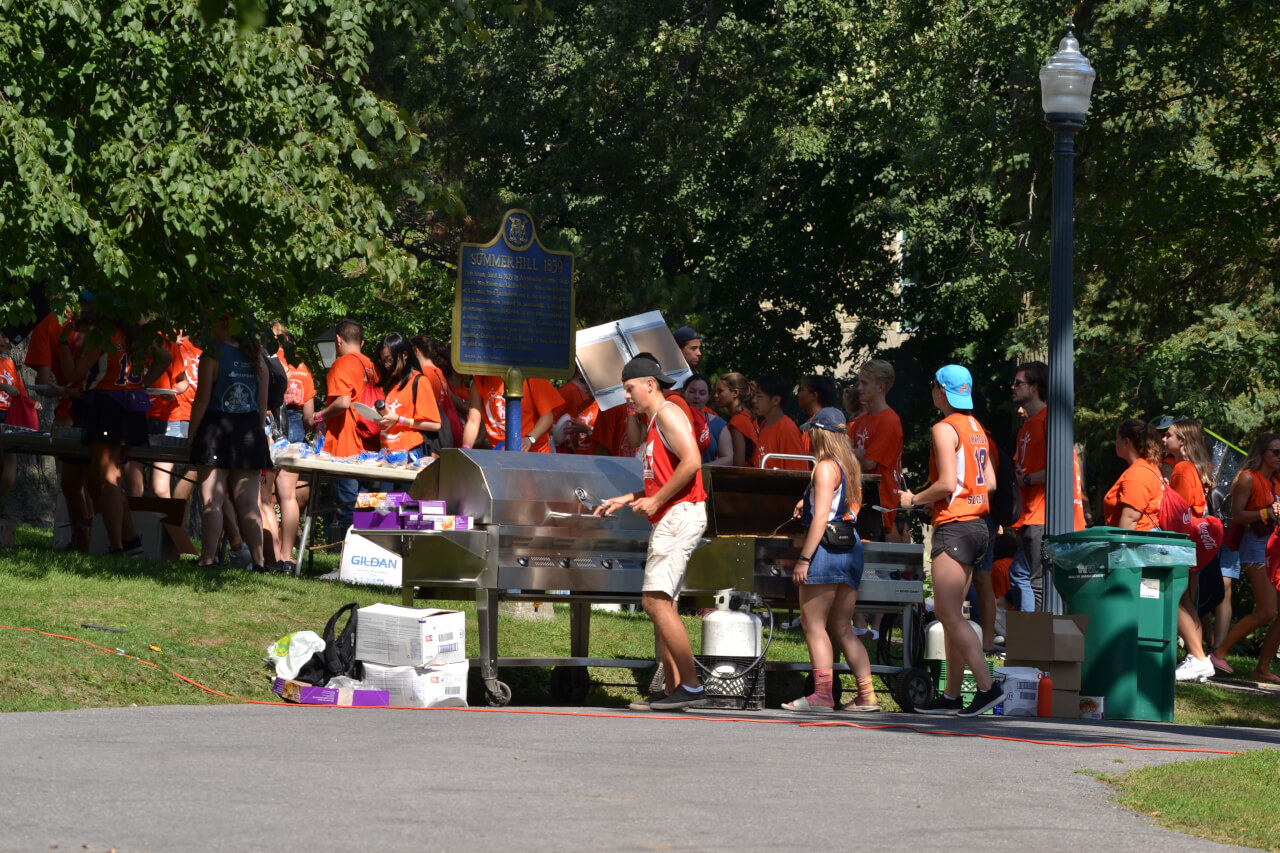 Our trip took us down to Toronto for the day to visit the Royal Ontario Museum and see a Blue Jays baseball game. It was so nice to be able to leave Kingston for the day and explore somewhere I hadn’t even thought of going. The museum was a lovely chance to get to know our group a lot better, and the baseball game (despite not knowing any rules!) was so fun to watch. There was also a lot of cheering from our group, and we even had a shoutout on the big screen for us! 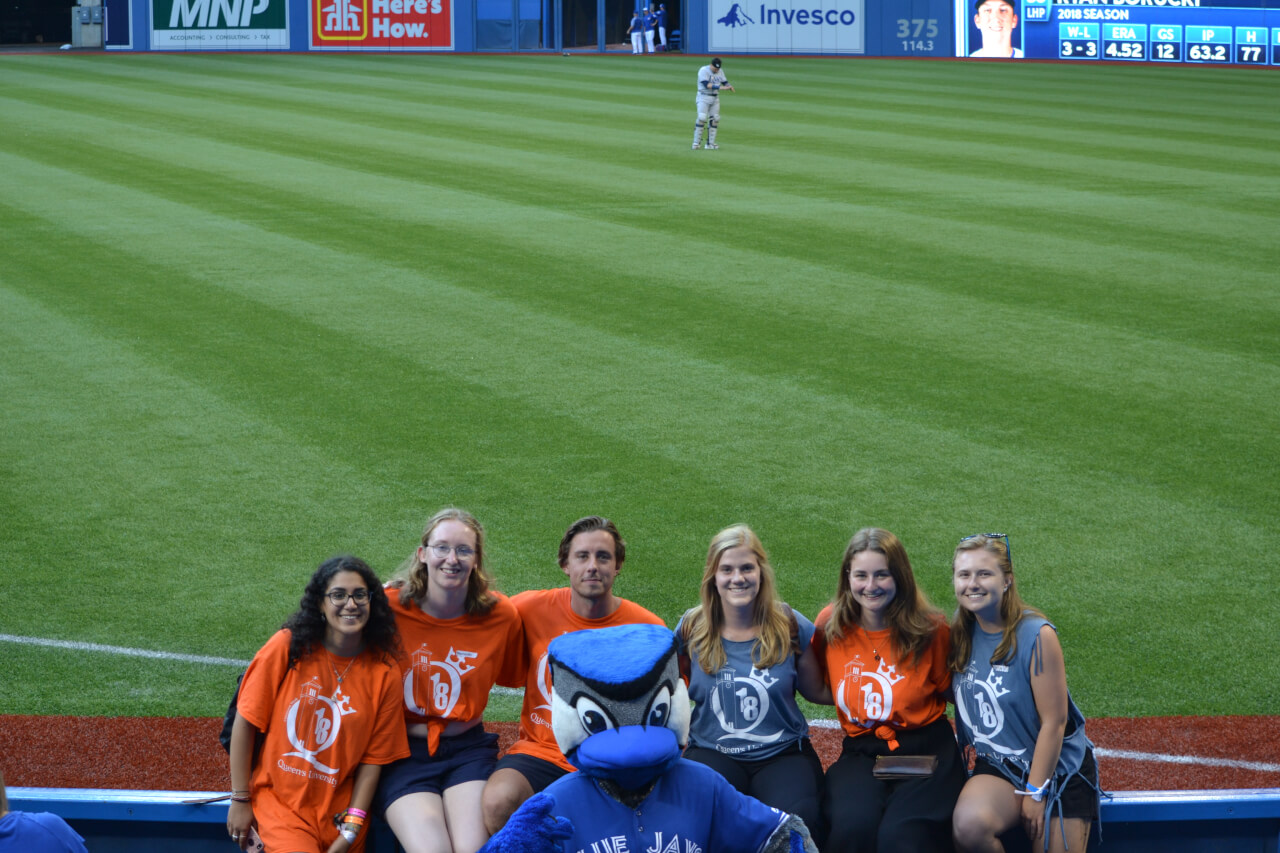 Wednesday was definitely the busiest of all the days! The sidewalk sale was a mix of businesses, societies, and other groups for students to be able to meet, held on the main road through campus (University Avenue). It felt a lot like freshers fair at Warwick, but was for all students no matter their year. We then took part in our own olympics, competing against other groups in ‘sports’ such as tug of war, a water balloon fight, and also a shaving foam ‘pieing’ opportunity. It was a great way to spend a warm morning having fun before classes. Arts and Science had a mandatory orientation session before the next NEWTS activity which was the paint party. We all came out of this coated in blue, red, and yellow paint (the Queen’s colours), and although it took ages to get it all off it was a really fun afternoon. The evening had a mix of games, from oversized Connect-4 to dodgeball, and a performance by one of the acapella groups. It was definitely a more relaxed evening, but something that was needed after the busy day! 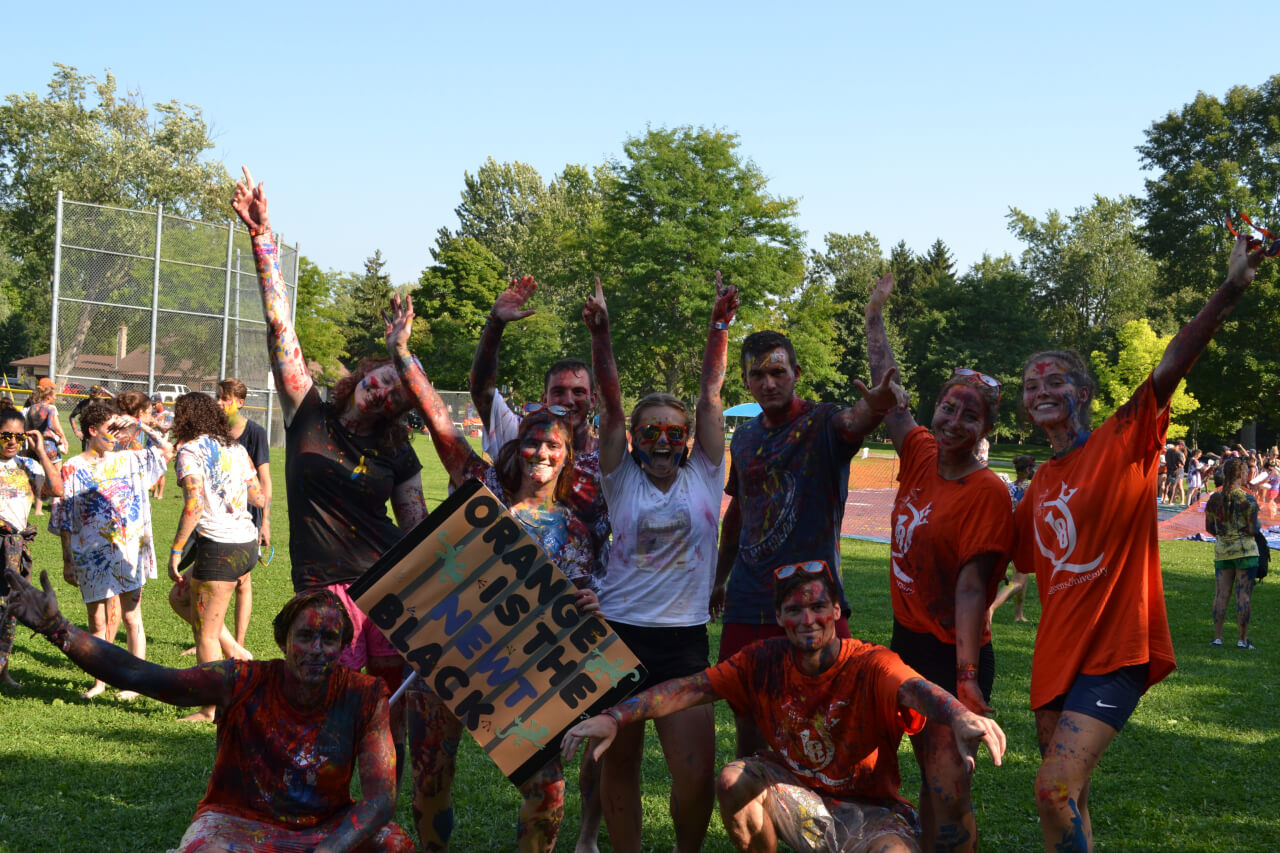 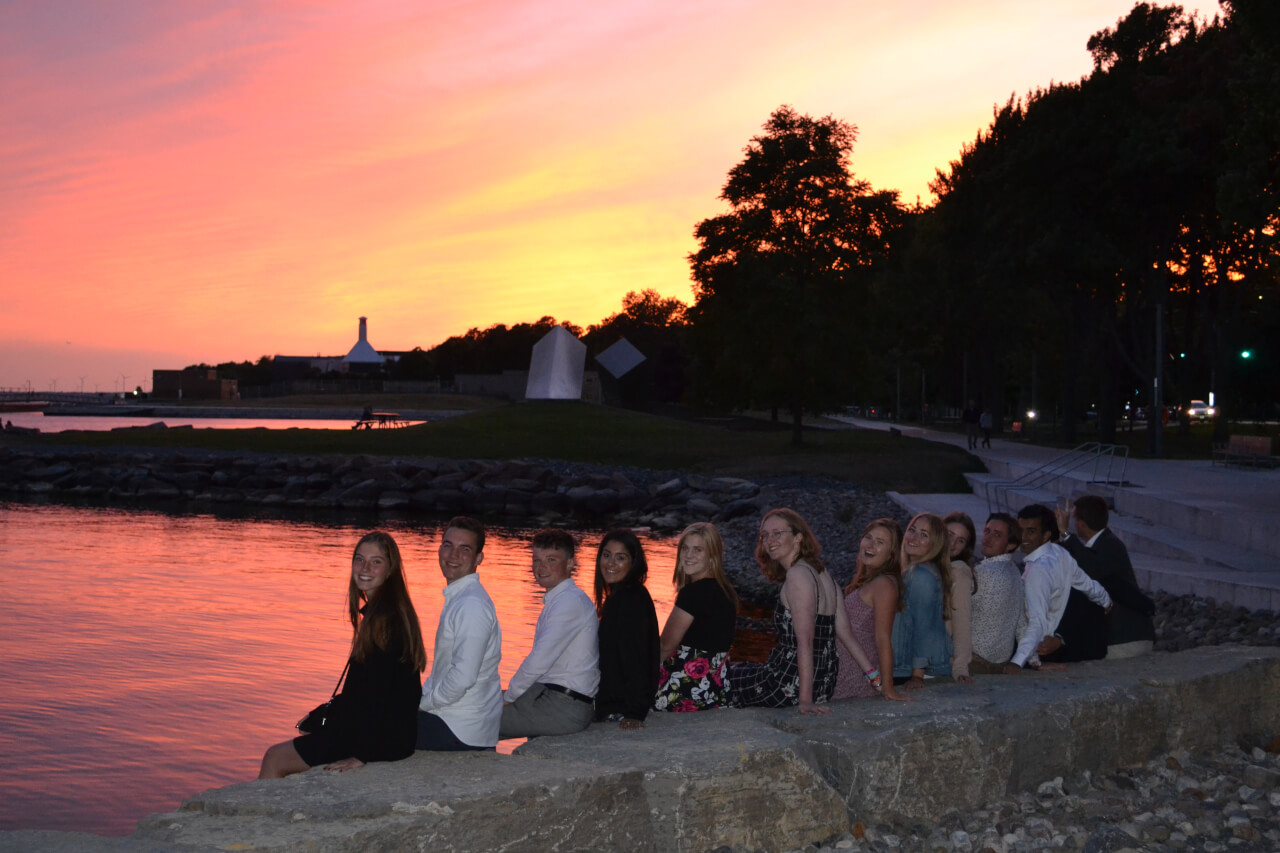 Queen’s, as we quickly found, had many traditions. We took part in one that was decidedly Scottish – complete with bagpipes and highland dancers. Tamming is the ceremony used to welcome students to Queen’s and officially bring them into the community and school, and while a little strange at first was great to have the chance to be a part of – and left us with some brilliant photos! Semi-formal that evening was an opportunity to socialise more with not just your own group but also all of the other students in the program over a meal and then also dancing. We took photos by the lake beforehand (which in itself is stunning), and overall had a great end to a brilliant week! 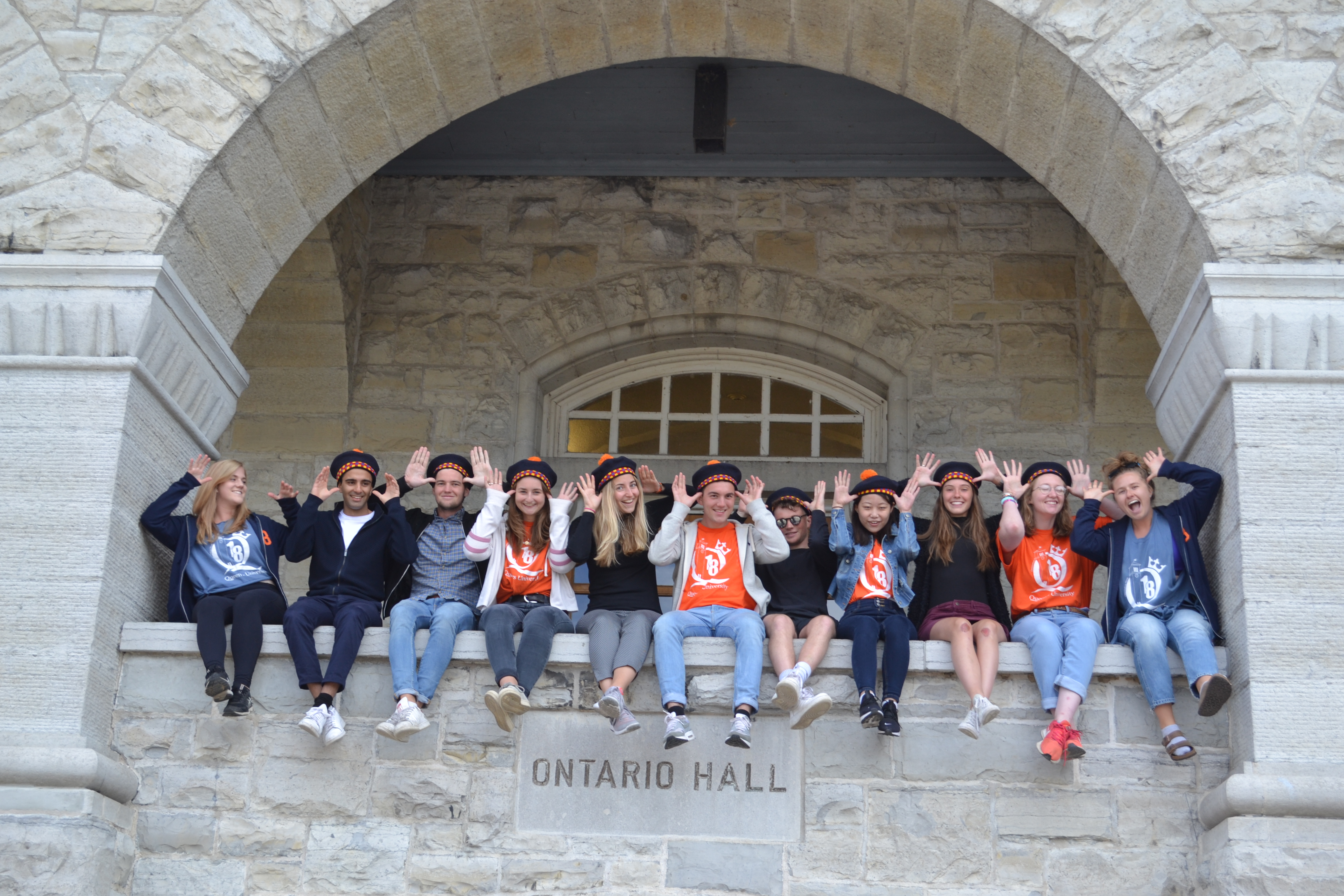