Nadeen in the North – OurWarwick

Nadeen in the North

For the past 3 days, my best friend Nadeen (who also studies economics at Warwick) has come to visit me in Preston. Seeing as she’s from Croydon and the most north she’s ever been is Nottingham, it was my responsibility to welcome her to the North West! It’s been fascinating comparing our lifestyles, the differences between the north and south, and learning about our lives outside of university. Everything to her here seems to be cheaper; although more industrialised and colder! Nadeen bought train tickets in November on the Virgin trains black Friday sale for £11 each way rather than the standard price of £88 so it’s essential to plan in advance if you live really far apart! Overall, this mini holiday has been 3 days of: getting to show off my hometown, constantly comparing our accents like we do throughout the year and introducing her to my friends and family back home.

On the first day of Nadeen’s visit, we went to Liverpool with my friend Leona which is an hour train journey from Preston. I loved showing off Liverpool to someone who hasn’t been before, though our day mainly revolved around the Liverpool One shopping centre seeing as it’s so close to Christmas. We had a late lunch in Nando’s as I’d only been once before which Nadeen and Leona couldn’t believe. After getting home, we cracked on with our group assignment for Econometrics which is due in after Christmas. In second year we get two big Stata assignments where we are given a dataset and must formulate a research question about the hourly pay of these individuals. There are many variables within the dataset including: percent of peers who plan to go to college, age of biological mother when you were born, if your current residence is in a rural or urban area etc.; it’s a really interesting project! We got in touch with our two other friends in the group and ran regressions using Stata on the main variable we are focusing on, along with finding existing literature and discussing why we are making an important contribution building on this. After this, we had tea with my family (or dinner as Nadeen calls it). 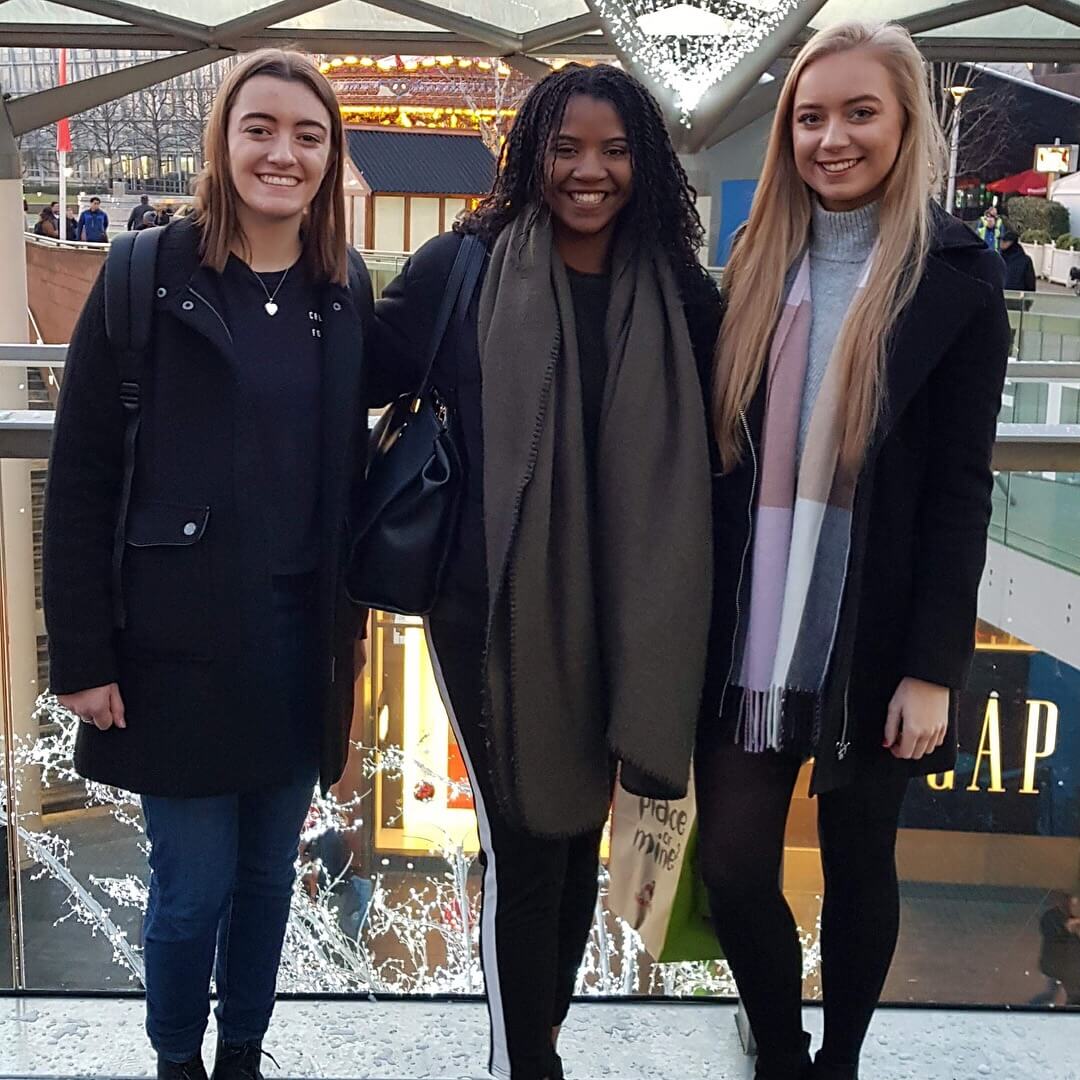 Today I showed Nadeen the rural side of where I live seeing as we spent yesterday in a city. We visited Lancaster where we had a wander around the town. After this we went to Wallings ice cream farm (where she was fascinated that a large ice cream was £1.40 which apparently would have cost £3-£4 in London). Then I took her to Pilling beach and as it was raining and the middle of winter, we were unsurprisingly the only people there. We then ended up at my grandparents who live in the middle of absolutely nowhere (their closest supermarket is just under an hours drive away) and it was lovely to see them as I never get the chance to whilst I’m at uni. Once we got back to my house, we got ready to go out as Tuesday night means one thing in Preston: Warey Tuesday! The Warehouse is a three floor nightclub where I introduced Nadeen to my friends from back home. It was so nice coming back; though I personally don’t believe that a Wednesday night pop in the Copper Rooms at Warwick uni can be beaten! 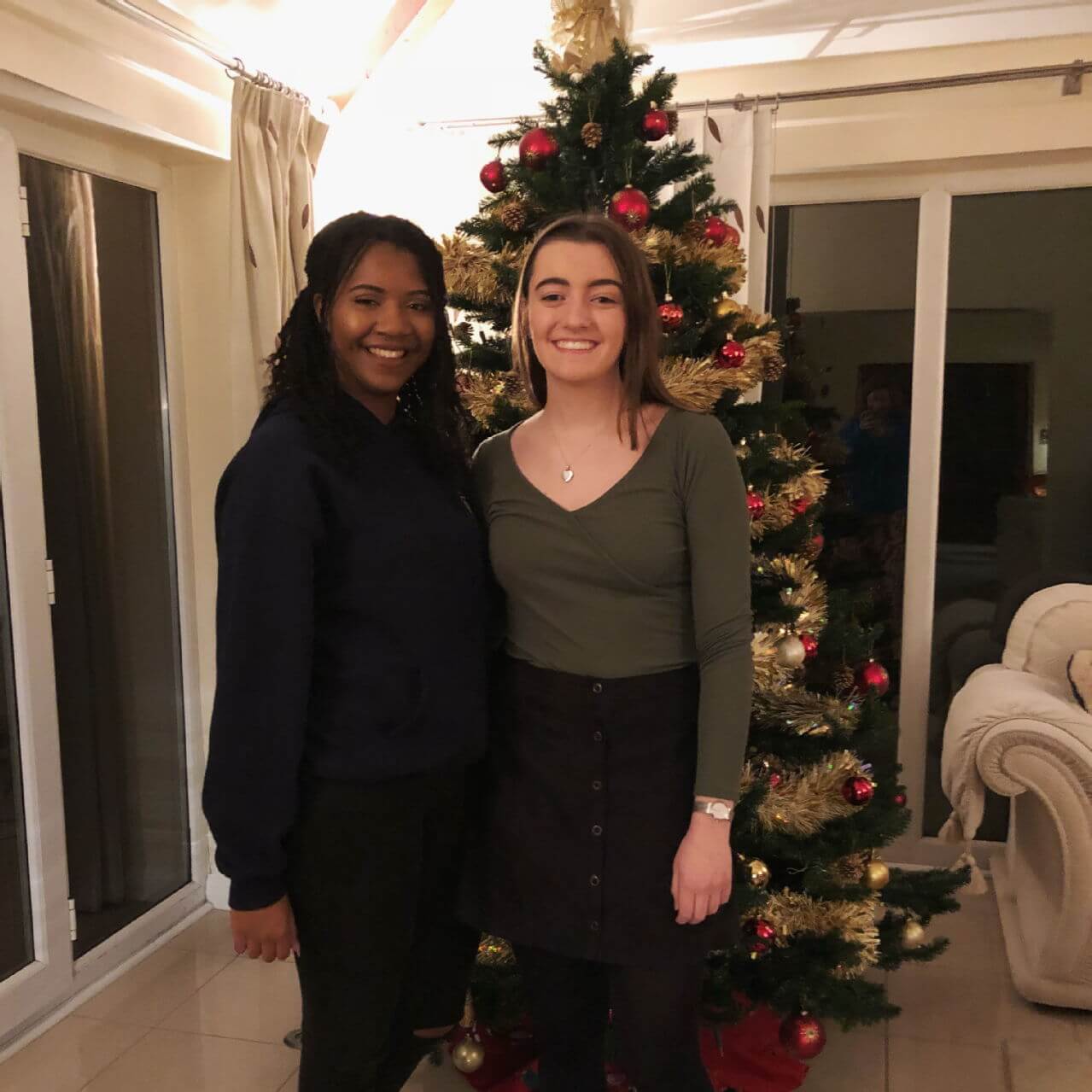 Today I finally showed Nadeen around my hometown Preston. We got the bus into the bus station which is a sight in itself as it’s the second largest bus station in Western Europe! I took her to B&M Bargains and Home Bargains which are my favourite shops as everything is so cheap. I stocked up on Christmas presents and Nadeen genuinely loved it too (you can tell we study Economics and are money-savvy students). We then had lunch in the UK’s first ever KFC (an accolade all Prestonian’s bang on about). After a day of Christmas shopping and Nadeen praising the cheap prices of the north, we headed back home and watched Bad Neighbours 2 before catching her train at 7pm.

It has been amazing spending time with Nadeen and has made me fall in love with Preston all over again! I have loved merging my university and home life together and it’s been so nice showing her my life back home. I’d highly recommend visiting friends from uni as you really have such an amazing time and essentially have free accommodation and home-cooked food whilst on a mini holiday!