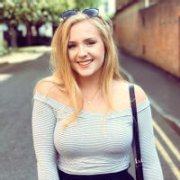 Before University, I really didn’t know what to expect, especially with regard to my Degree. So today’s blog is all about my Degree Module titles and the essay titles I have written so far!

I hope this can shed some light on the wide array of History Modules Warwick has to offer and what the sort of formative and non-formative essay titles look like!

We had four modules, two compulsory, two optional. Here are the modules and the essay titles I chose.

1) Making of the Modern World (compulsory)

4) Kill or Cure: The History of Medicine and Health

We had four modules, two compulsory and two optional.

3) From Cradle to Grave: Health, Medicine & Society in Modern Britain

We have two compulsory, including dissertation, and two optional.

I hope this is interesting for anyone looking to do a History Degree, or even just with an interest in the sort of titles we use. As you can probably see, my History Degree has really inspired my passion for the History of Medicine, which I shall also be doing my dissertation on. It’s funny, I never came to University expecting to love it so much, my Mum actually encouraged me to put it as a second choice option and I’m so glad I did.

These are just my modules, we have a choice of about 15 modules a year to choose from, which vary immensely.

If you have any questions please feel free to leave them and I will do my best to answer them.