My Guide to Siena, Italy – OurWarwick 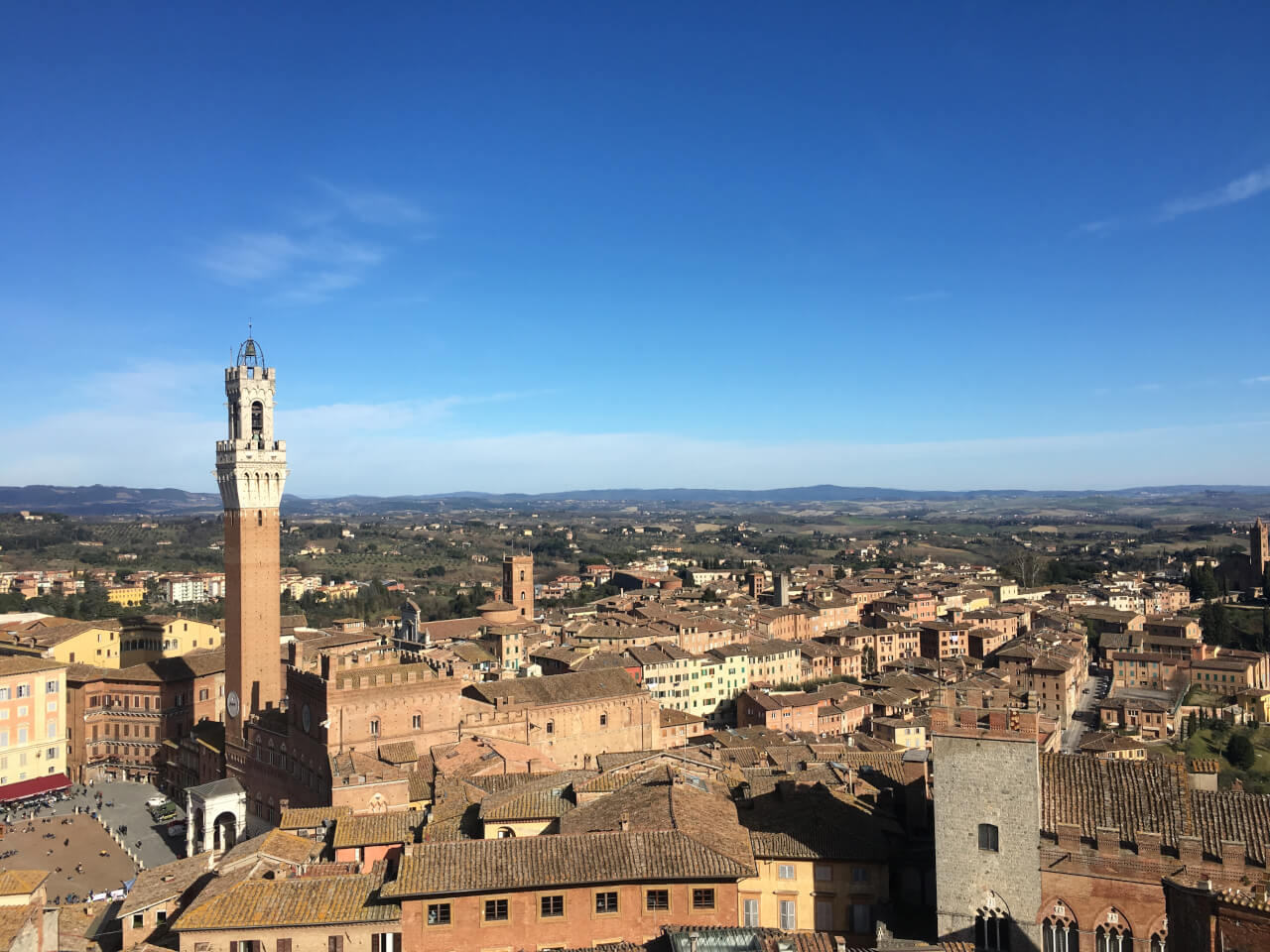 My Guide to Siena, Italy

And rest assured, even though I have been interning in London since the end of my Erasmus, I somehow managed to find a week off to join my family for a good old summer holiday, and of course, it is in Italy. So, sitting comfortably back in the hills of Tuscany, allow me to get a bit reminiscent over my time in Siena… 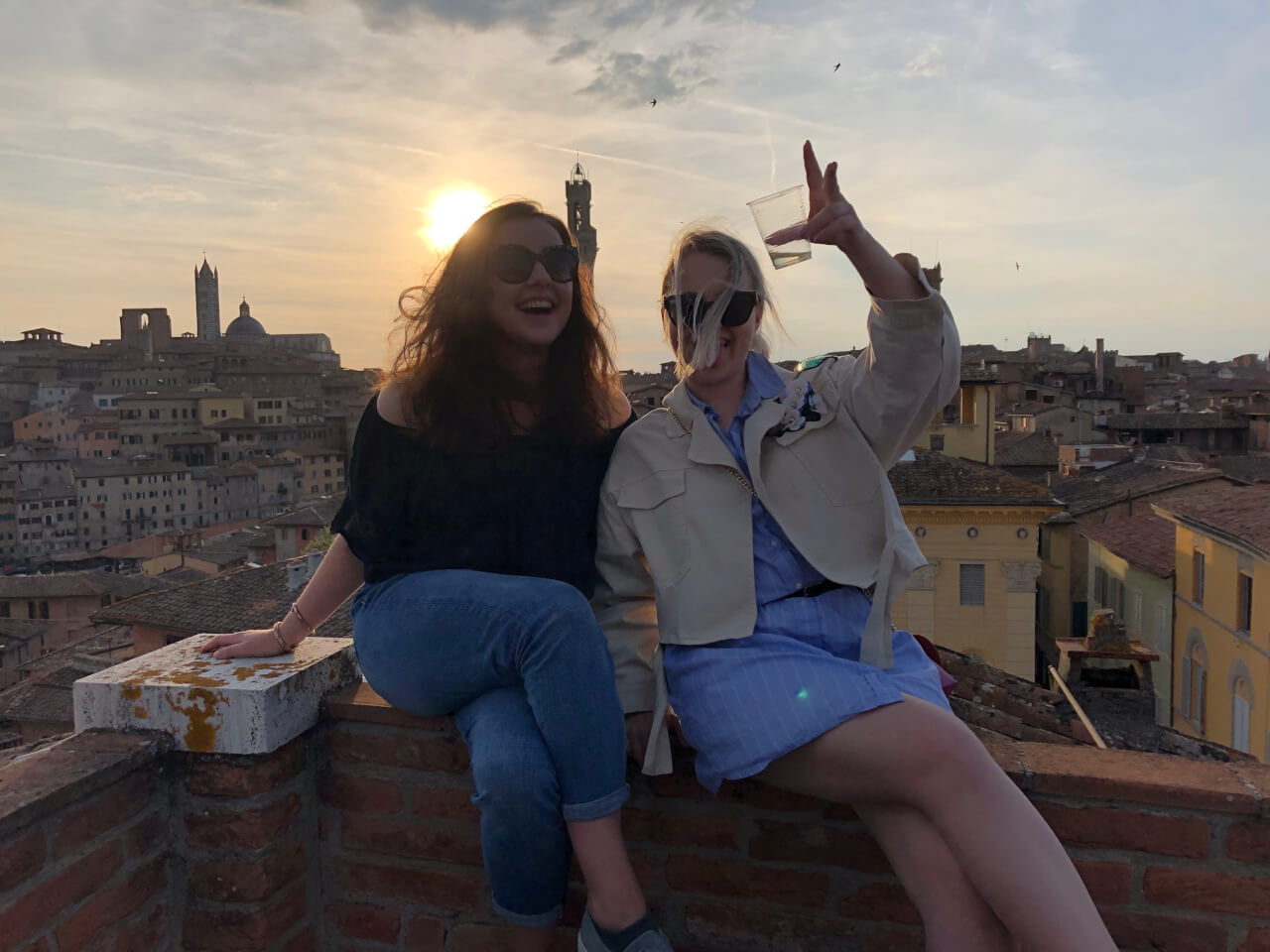 How I miss these days

1. Transport: Seeing as it is so small (around 50,000 people) most cars are strictly monitored in Siena, meaning that residents have an extremely limited permit that allows them to drive one route in Siena: from their house to outside the city walls, and that is it. Essentially, you can only use your car to leave Siena and within the city, most people walk. There are about five taxis (I’m not kidding, you will recognise all of their number plates within a few weeks) and a couple of bus routes that connect the surrounding towns and walled city, although I never had to use them (which I am quite glad about; maybe it’s because they are not that crucial to daily life, but it seems that investment in transport is pretty low there, meaning they might even be more terrifying than Bogotá).

If you are going to any other city, chances are you will go via train, which means changing at Florence or Pisa and then connecting on. Do not be fooled, however, just because Florence is about one hour away by car, the train is a painfully slow, 90-minute crawl, something I usually tried to avoid. Leading me to the Flixbus. Fans of this blog will know of my love for this company, but essentially it is just a cheap, rather fancy fleet of coaches that travel all over mainland Europe- seriously, my friend travelled from Florence to Amsterdam on one.

2. Geography: Siena is divided into 17 contrade,  each with their own traditions, history and colours. Wherever you spend your first night in Siena is your Contrada for life. Mine was Onda, the wave, represented by the dolphin, one of the biggest and most central contrade. There is a map below, if you have ever stayed in Siena, technically you have one too… Of course, as anyone who has spoken to me in the last six months will have heard about, the contrade come together twice a year to race in the Palio, more of which you can read about on my blogs. 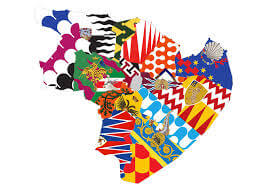 3. Language: Technically speaking, when you’re in Siena you’re in the home of the Italian language, seeing as Italian as we know it was only born after Italy was united in the 19th century, and they wanted to unify the nation and the multiple dialects through one common tongue. Seeing as Tuscany was the home of Dante, Leonardo da Vinci, and the Renaissance, they chose the Tuscan dialect to become the official language. It was only in the 20th century however that most people began to speak it as their first language, and dialects remain quite prevalent in the south and the islands of Sicily and Sardinia. The Tuscan accent is quite clear, especially in comparison to that of Naples; the only thing you have to bear in mind is their pronunciation of “C,” as it sounds more like an “H.” For example, my name with the Sienese accent sounded like “Hatherine” and much to my amusement, the Carta Conad (Italy’s answer to the Sainsbury’s Nectar Card) is said like “Harta Honad.” You get the gyst. 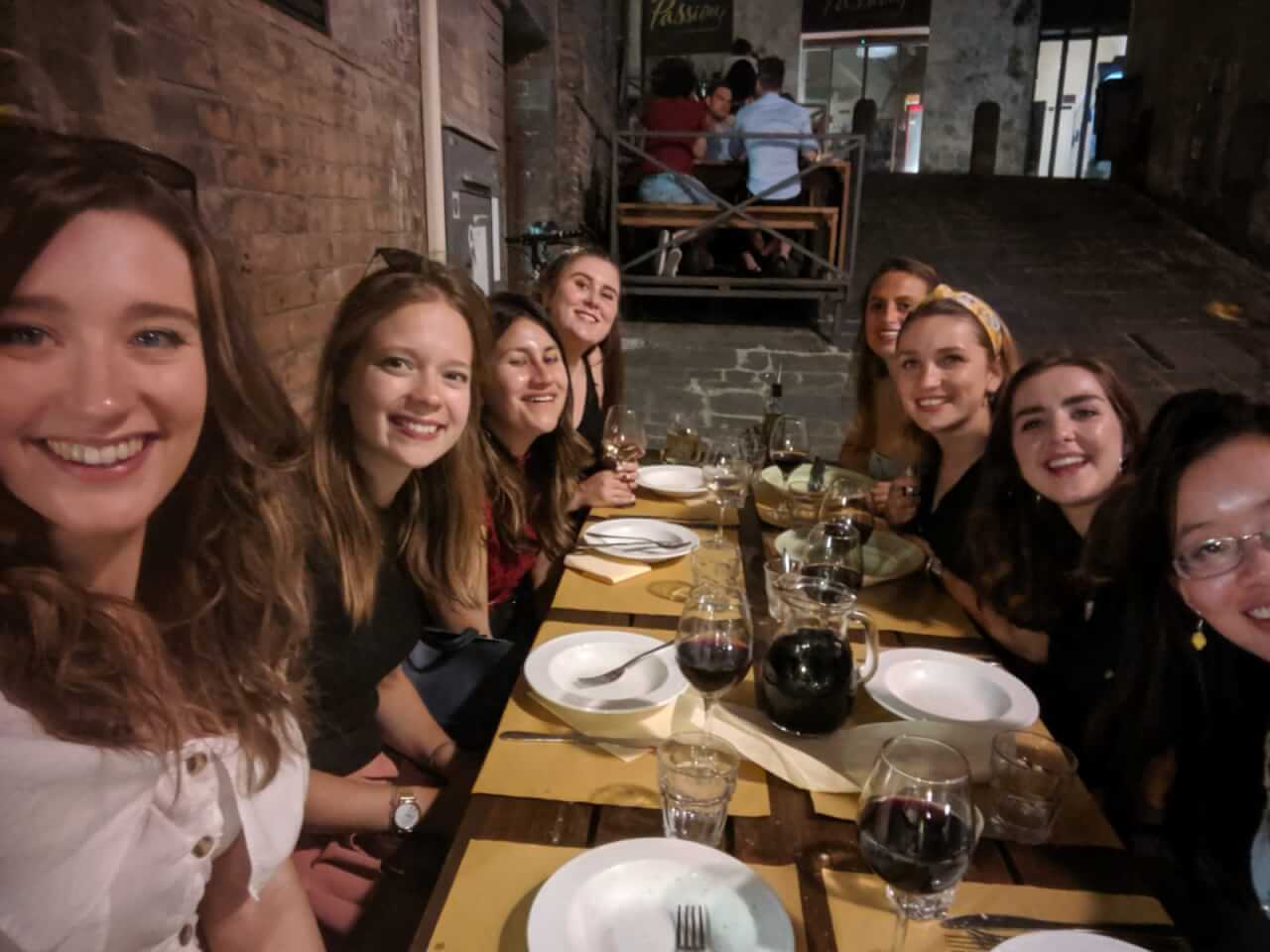 Siena has got some truly delicious local cuisine, as well as everything you expect from Italian food: pizza, pasta, gelato, risotto… I could go on. Every area in Italy has their own traditional pasta shape, and Siena is the home of pici, which is essentially fat spaghetti, and it is a chewy pasta dream- you have to try it. The typical sauces for your pici are “cacio e pepe” which is a creamy sauce of pecorino cheese with lots of black pepper, or “ragu di cinghiale,” which is a wild boar ragu. Panzanella, a salad made with fresh bread, tomato and onion, and bean soups are also loved in Siena, and were my lunch staples. Even though Tuscany is not known for pizza, you can still enjoy great pizza in Siena, you just tend to get it “al taglio” which is by the slice (more like a quarter) of pizza, served with a napkin and eaten whilst walking. The perfect on-the-go lunch, or end-of-the-night-out food, coming in usually at less than two euros. 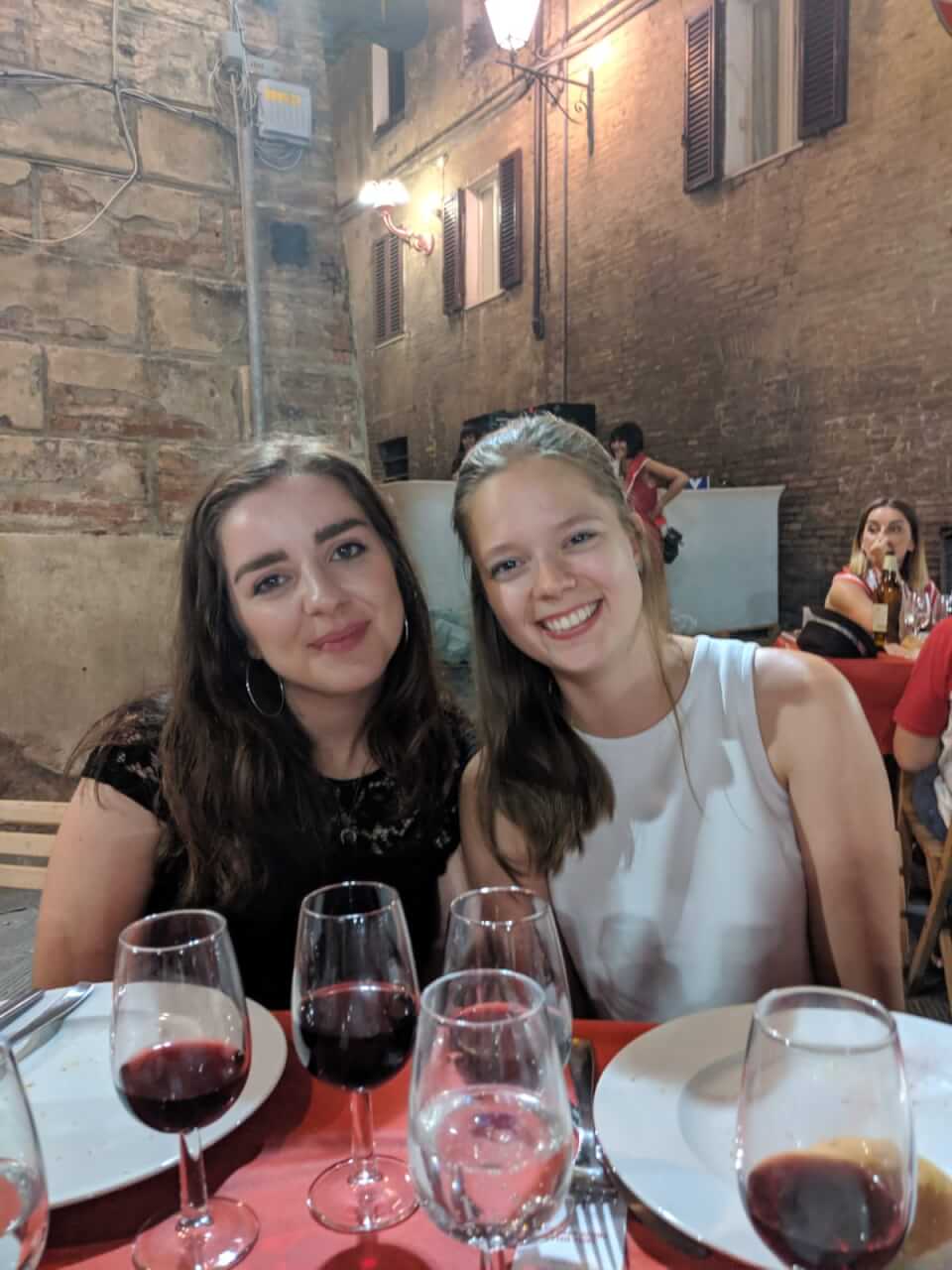 5. Drinks: Siena is in the Chianti region of Italy, meaning there is an abundance of delicious, cheap red wine. Go to any osteria, order the house red, and you probably won’t pay more than 5 euros and you shouldn’t be disappointed. They love red wine so much that a waitress once shouted at me across a restaurant when I ordered a white wine for my visiting friend with a charming “tu sei a Siena, non bere vino bianco.” (You are in Siena, don’t drink white wine). No dinner is complete without a toast of some limoncello (which is actually from the South, but loved throughout the country, or vin santo, which is the local dessert wine and my absolute favourite.

Of course, no trip to Italy can be discussed without mentioning the quintessential pre-dinner drink: the Aperol Spritz. I think it tastes terrible, however, it seems to be universally loved there, and considering that it usually is the cheapest drink, and just the right balance to have before dinner, I admit that I tried several times to like it. Note: when buying a drink in Italy at the right time, you will be treated to an accompanying (free) buffet. This is an “aperitivo” and was a replacement dinner for me many times…. Here we are enjoying an outside aperitivo in the chaos of Napoli… 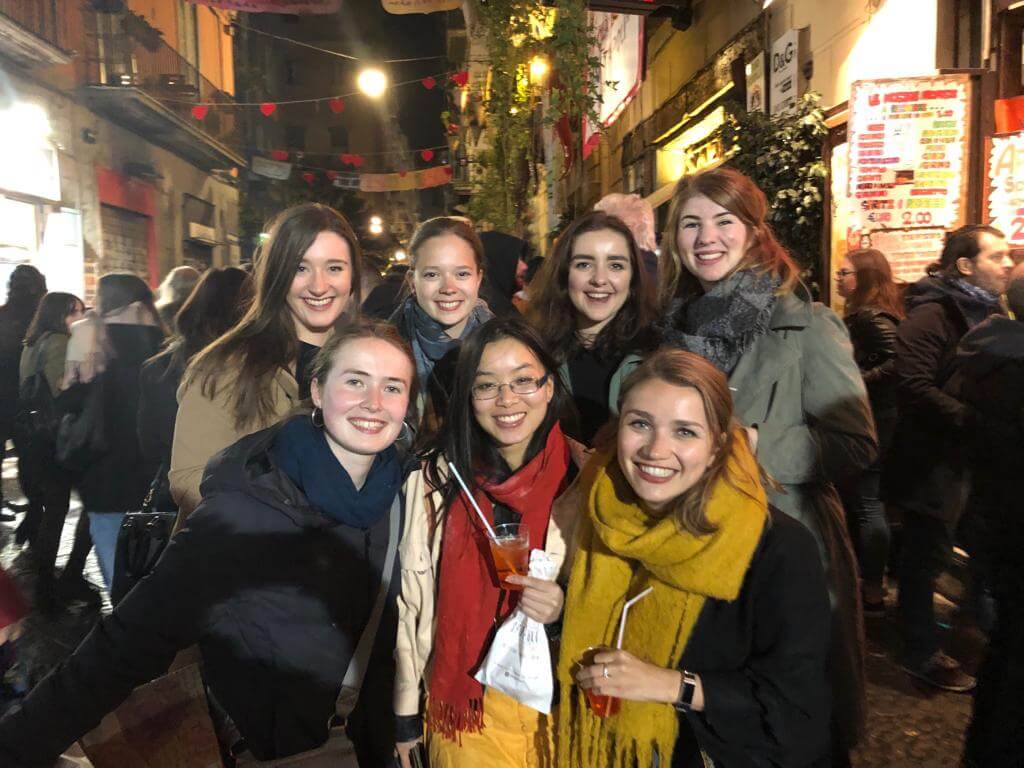 6. Tourism: Of course, whilst most of you probably won’t have the opportunity to live and study here for six months (a true shame, as I would give anything to do it all again) I do really recommend that you visit Siena once, even just for a day trip. Look at how beautiful she is….

The main square, La piazza del campo, home of the Palio and the Palazzo Pubblico (the building with the really tall tower, something you can climb, but rumour has it you will fail your degree if you do it before you graduate… I never gave it a go) 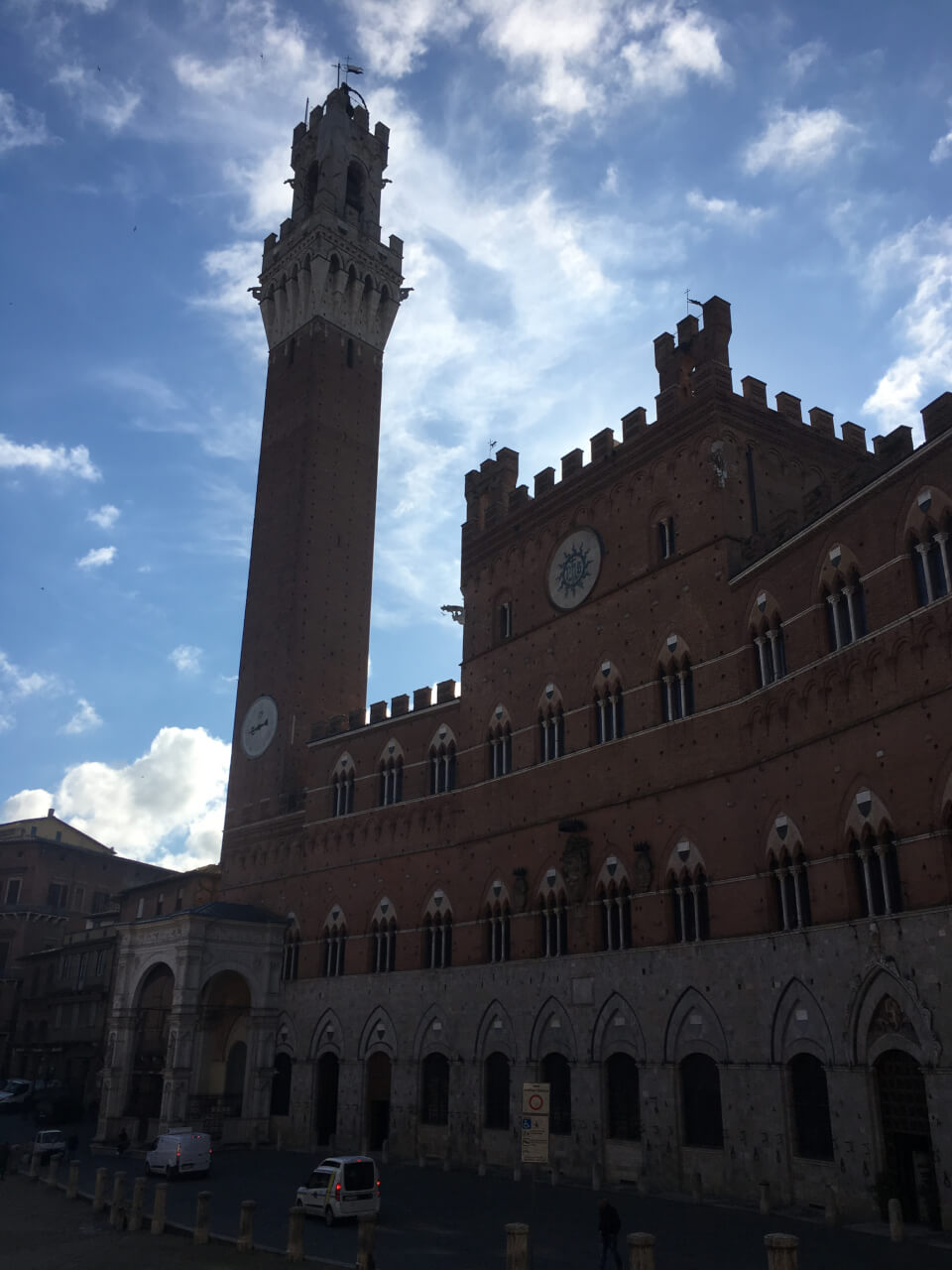 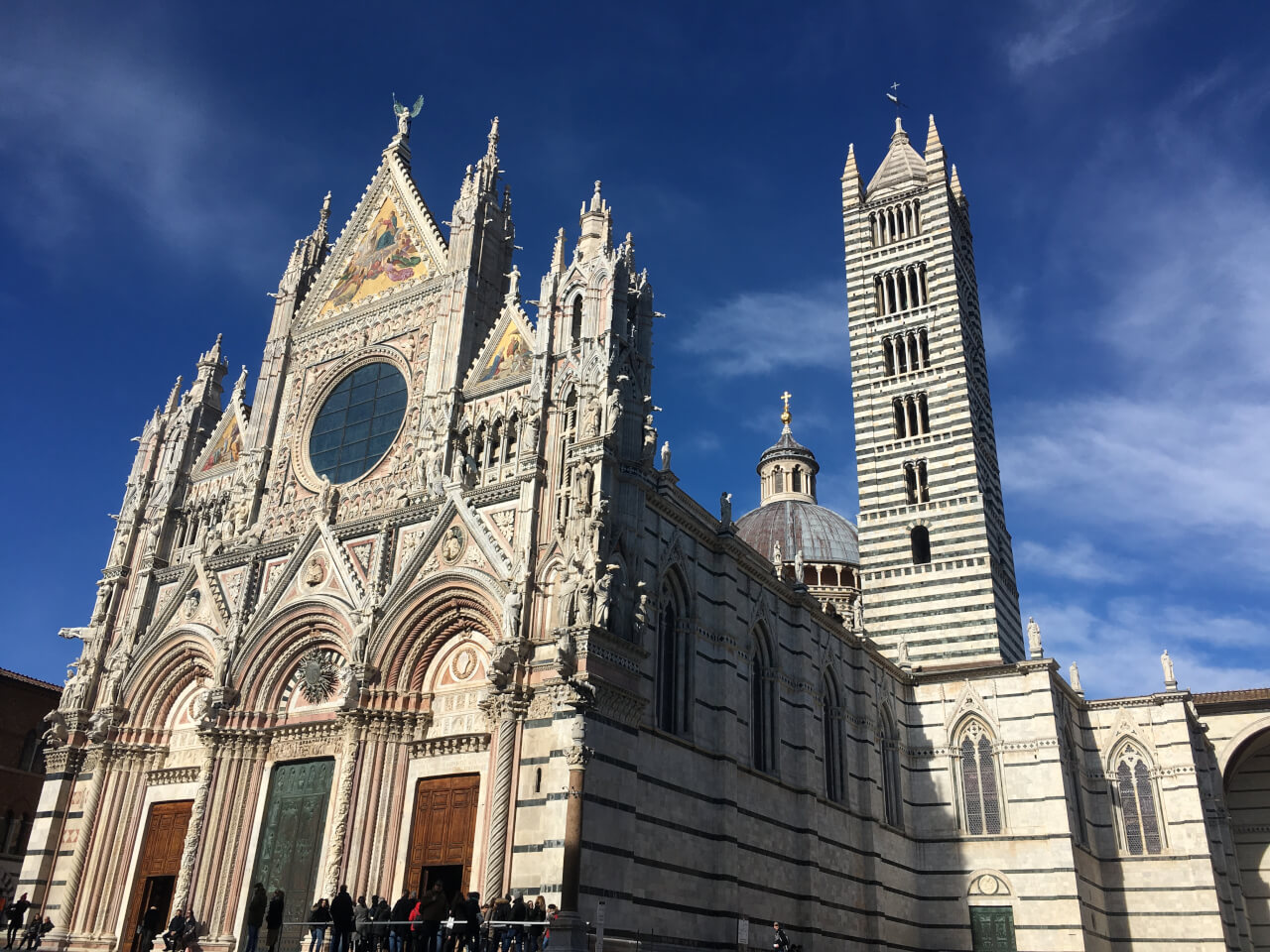 Not to mention, we have a whole host of museums. The Santa Maria Della Scala was a hospital opened in the 12th century, that was converted into a museum over 800 years later. Situated opposite the Duomo, it tells the story of Siena from its development in the middle ages until now. There are also museums run by every contrada, which detail their individual history- it is just touch and go as to whether they are actually ever open or not. Then, of course, there is the torture museum, situated in an old prison, and featuring over 8 rooms of various torture machines and instruments. Lovely. I was actually feeling okay throughout most of the museum until my friend pointed out that actual people probably were tortured in the machines I was looking at. Shudders. Famously there are many, many churches across Siena, but aside from the Duomo, there is a huge church called San Domenico. 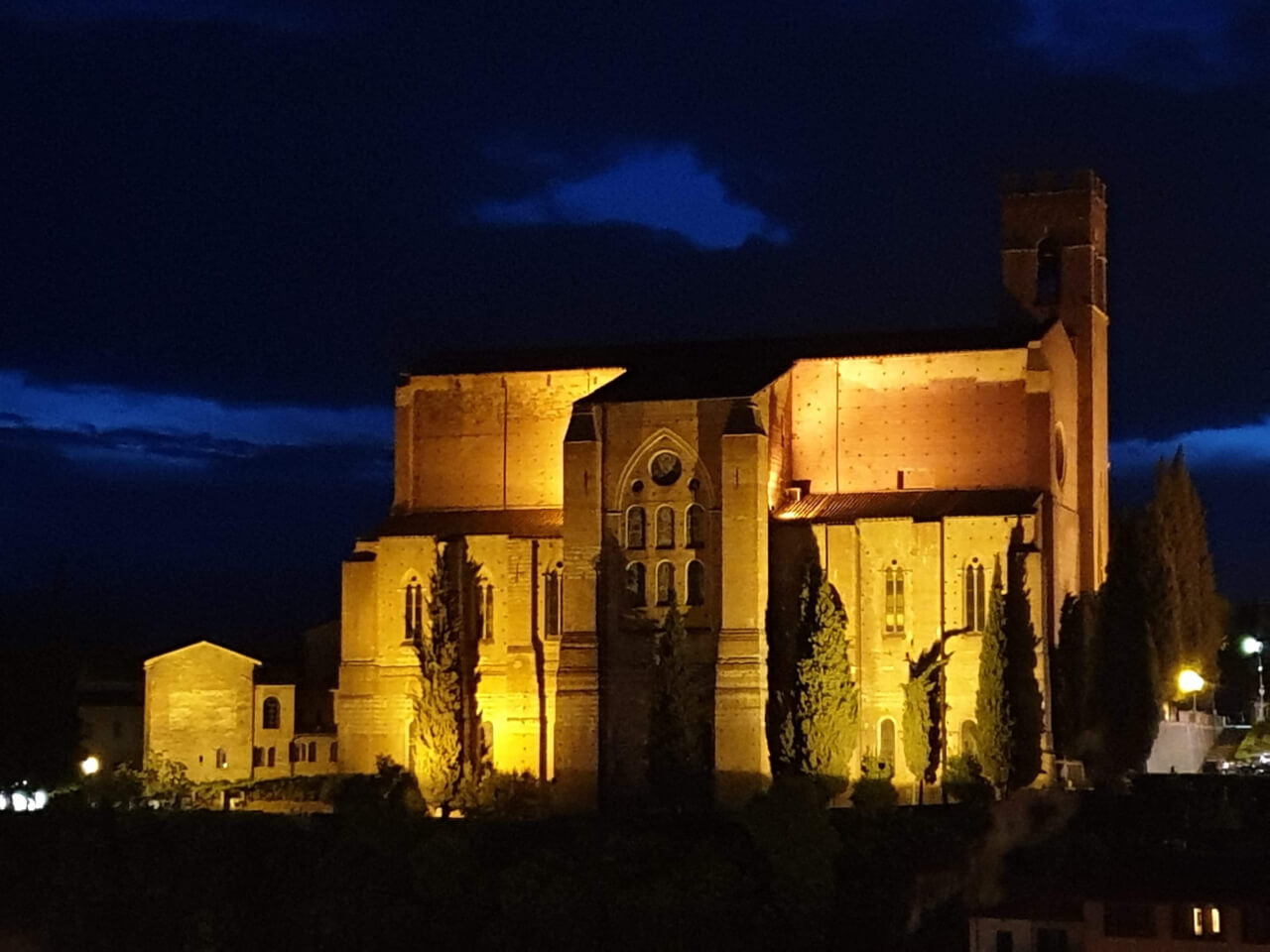 Breathtakingly vast on the inside, decorated with hanging flags from each contrada, this might be my favourite church in Siena, not least because it houses the shrivelled up, embalmed head of Saint Catherine of Siena, who died in 1380. Go and look at it, it is pretty gnarly… 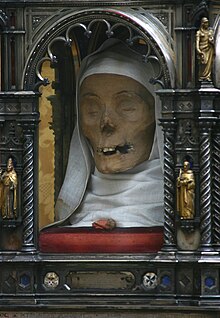 And with that wonderful image, I think I will finish my blog here. I could go on and on about Siena for days, but I hope this gives you a pretty good overview of the city. Whether you have the opportunity to study in Italy, or just visit for a trip, I think Siena should definitely be on your list to go, as it symbolises a wonderful marriage between modern Italy and tradition. Whilst I am glad that I no longer hear the drums practising for the next Palio every day, and I am enjoying having some variation in my diet (yeah apparently it is possible to get bored of pizza and pasta) I cannot wait to visit again, and hope I can encourage some of you to go as well.