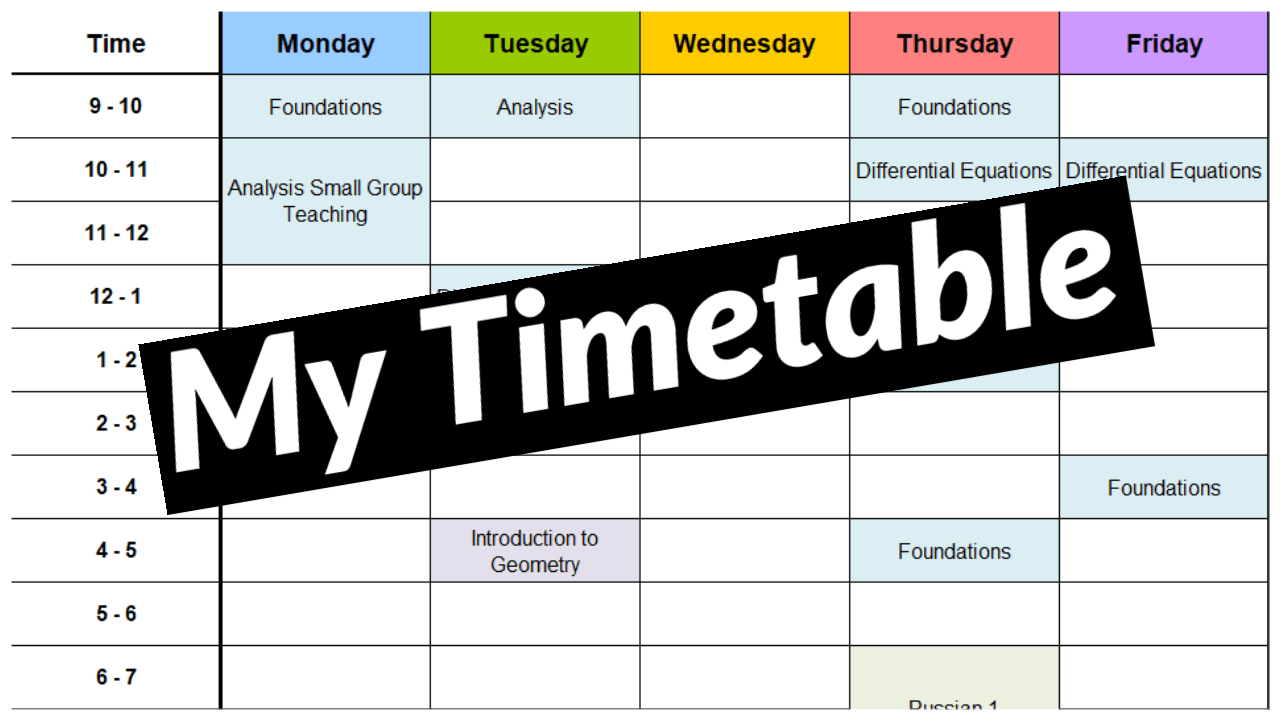 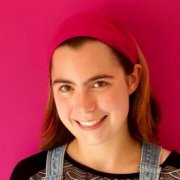 I was recently asked about what my timetables looked at while I was at Warwick. This got me thinking about the hours I spent scouring the internet in the run-up to my first term at Warwick, trying to work out *exactly* what I would be doing once term started.

So I tried to find my first year timetable to show you guys.

I found my old hard drive and plugged it in, full of hope, but no luck there. I looked under my bed, in my old notebooks, everywhere, but to no avail. Eventually, I decided give in and do the next best thing.

I had a list online of the modules I took in my first year, so I went into the University of Warwick central timetabling system, plugged in my old modules and used the 2019-2020 timetables to make what my schedule *would have been*, if I’d started university last year instead of four years ago.

The resulting timetable is actually pretty similar to how I remember my week looking in first year. This doesn’t come as much of a surprise, as the Maths Institute at Warwick has been perfecting the way it runs the undergraduate maths course for long enough now that most aspects have been tried and tested and will stay the same from one year to the next.

The core modules for Maths students this year are the same as they were for me. In Term 1, that’s the modules in blue on my timetable (Foundations, Analysis and Differential Equations) plus Abstract Algebra in the second half of term.

List A modules are modules that are not compulsory, but are highly recommended in order to keep options open when choosing modules in later years. In my year, Introduction to Geometry was a List A module, so although some students chose not to, many of us did take it. I’ve highlighted List A in purple on my timetable.

In first and second year, I decided to study Russian as an optional module. My Russian classes were always in the evenings, and the module lasted all year, having classes in both Term 1 and Term 2.

Not included on the timetable, these were two hour-long sessions a week in a small group with an older student (our ‘supervisor’) who went through any bits of the core modules our group needed some extra help with. Our supervisor also marked our assignments for the core modules.

Hopefully this gives you an idea of how many lectures, classes and so on you might expect to have. I imagine that by now you’re very much fed up with people telling you ‘it’s all going to be different this year but who knows how?’; I certainly am!

Currently, it’s looking like lectures will be online instead of in lecture theatres, and the maths department is working to keep small group learning (both in-person and online alternatives) in place as much as possible.