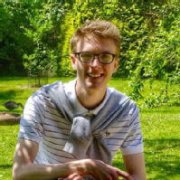 With only two weeks left of term, what better way to end my final few weeks than with a Warwick Surf tour? After months of ‘umming’ and ‘arring’ about whether to go on tour with the surf lot or not, I finally decided to take the plunge and go for it. This weekend was supposed to be ‘mystery tour’, whereby the location of it remains unknown until everyone actually gets there – however, as the weather decided to take a huge turn for the worse (non-stop snow), we unfortunately had to stay put… and do a tour of Leamington spa instead! Alas, whilst this may seem to be a bit of a letdown, we all got stuck in and had a great time – here’s a rundown of what we got up to on each day:

After a few posts in the hectic group chat, it was finally concluded that we weren’t able to set off to our mystery location, and would have to do a tour of good ol’ Leamington Spa instead. We gathered in Bar Fusion and set off as a group over to Leam, where we headed straight for the pub and got some lunch together (and of course had a few pints). We then headed back to our respective houses – exec members kindly put up their houses for us ‘campus dwellers’ to crash at – and had some dinner together with our fellow roommates. After having some grub, we all headed over to the social sec’s house for a big house party, which ended up with lots of ‘circling’ and then rounded off the night at Kelsey’s.

After sleeping for a strong 10 hours, we all descended upon Spoons again for a club brunch, and then headed out into the snow for an afternoon of rambunctious snowball fights. Whilst this probably wasn’t the best idea due to the immensely cold weather, it sure was a great way to spend the afternoon (and make the most of the snow)! After drying off from an intense snowball war, we all headed over to a Surf member’s house for a flat party/dinner/pre-drinks – it was a bit of everything really. We then finished the night off in Kelseys and celebrated tour coming to a close!

As you can imagine, we all got up quite late due to the intense past couple of nights. Similar to Saturday, we all had a club breakfast/brunch at the local pub, and then took the minibus back to campus to round off this year’s ‘mystery’ tour. Whilst we unfortunately couldn’t get to our original destination – let alone do any surfing – we all made the best of a bad situation, and had a great time in Leamington with all the mystery tour’s members. This has definitely motivated me to join them on their next tours throughout term 3 (camping and summer tour) and was a great way to become more integrated within the surf club. For anyone pondering about going on tour with a sports team, my best advice is to just do it! They’re an experience you will only ever get at uni, and can end up producing some of your favourite memories.