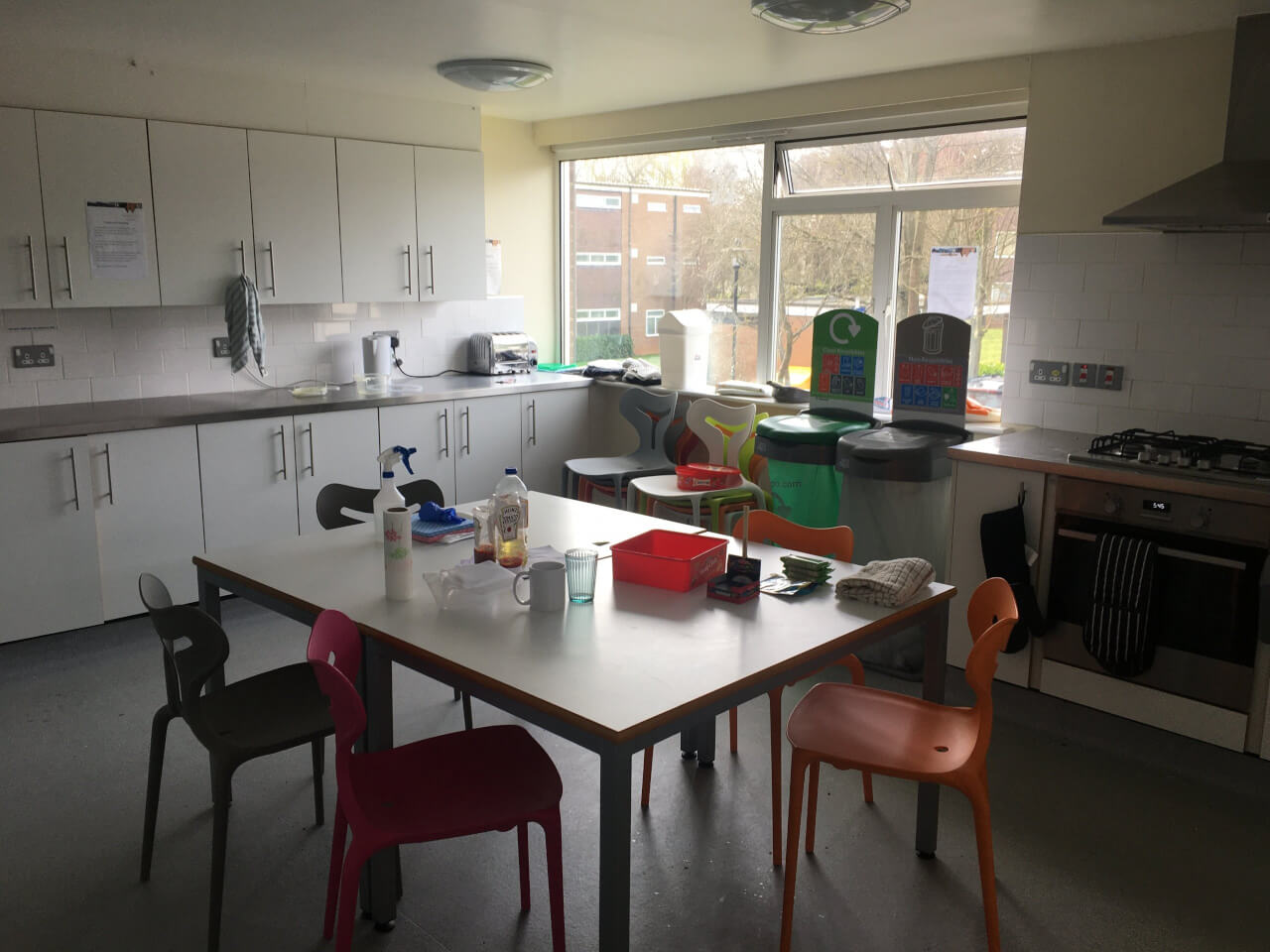 My Experience Living in Westwood Accommodation

When I received my offer for accommodation last summer, I was disappointed to find out that I had been allocated Westwood. I had placed it last on my list of preferences, and on the map it looked far away from central campus. I was also hoping for an ensuite room, whereas Westwood has bathrooms shared between 6 students. I was very apprehensive about living there.

I very quickly found out that I was wrong to judge Westwood so harshly.

When I arrived on the first day, I met Joy, the Resident Life Tutor for my block. Joy became our University Mum; we would see her out walking her dog, she would come into the flat every so often and check how we were doing, and we were able to go to her if we had any problems. Being nervous about living in student accommodation, I found that knowing that Joy was there if I needed anything was a comfort. My flatmates quickly became my second family, and I was no longer worried about the location of Westwood affecting my social life.

The thing I was most worried about, though, was sharing a bathroom. I thought it would be unhygienic, and that I would always have to wait for it to be free as it was being shared between a relatively high number of students. I was, again, wrong. Our bathrooms were cleaned every weekday, and I never had to wait for one to be free. I found that because everyone has such different schedules due to different subjects having such a wide range of contact hours that sharing a bathroom wasn’t really an issue.

Whenever I mentioned to anyone that I lived in Westwood, their response was always a grimace and ‘Bit of a trek, isn’t it?’. Yes, Westwood is further out from central campus than a lot of other accommodations, but I’d say it’s a similar distance from the centre of campus as Sherbourne, for example. It took me about ten minutes to walk to the Humanities building from Westwood (though I do walk quite quickly). Although this does mean that you have to be up earlier for your lectures than your friends who live on central campus, I came to really enjoy the walk, and got fitter because of it. Not being in the centre of campus also meant that the buildings were much more spread out than other accommodations on campus, and there was a lot of green space. This was the view out of my bedroom window: 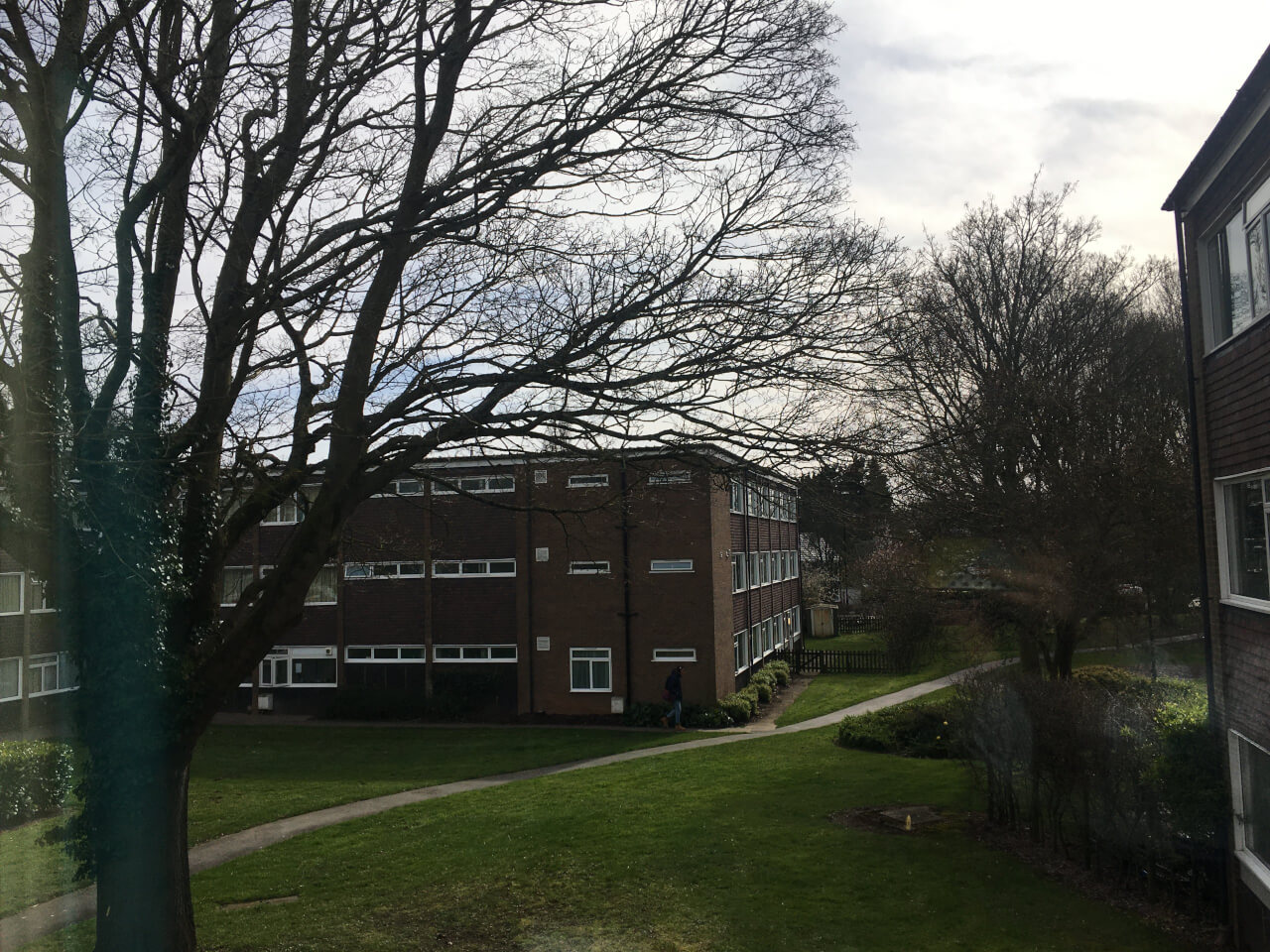 An extra advantage of living in Westwood is that the rooms are big; I had a double bed and a lot more floor space than my friends in other accommodations (the wardrobe and sink are beyond the frame in this picture of my room). 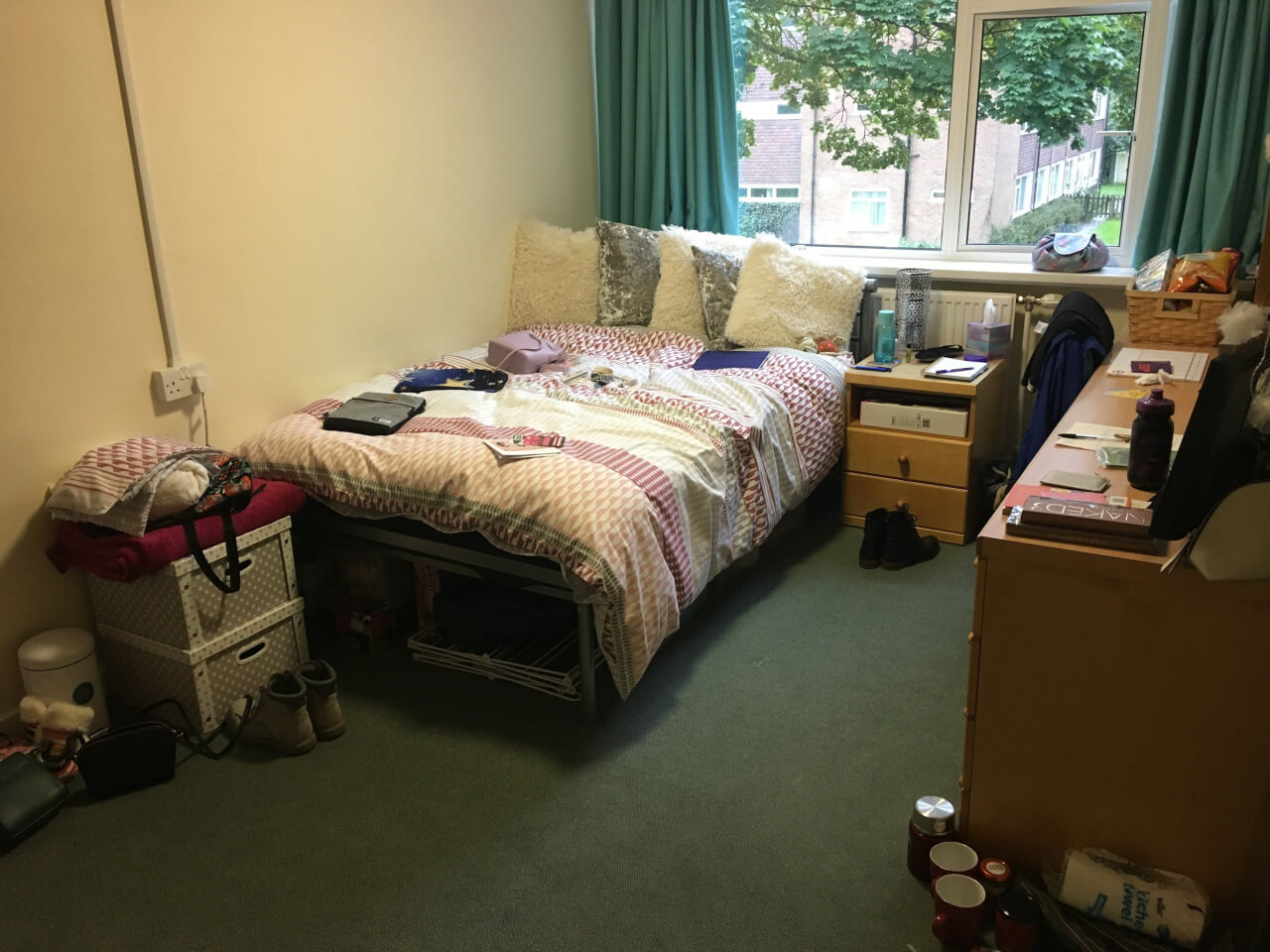 Although I wasn’t happy when I was originally allocated Westwood, I felt very at home there, which I wasn’t expecting at all. So if you get allocated Westwood or any other accommodation which wasn’t your top choice, don’t worry; you will probably come to love it once you’re there.

(Note: I’ve written this in past tense because I’ve now moved out of Westwood due to coronavirus, and sadly I will have to do my Term 3 work from home)