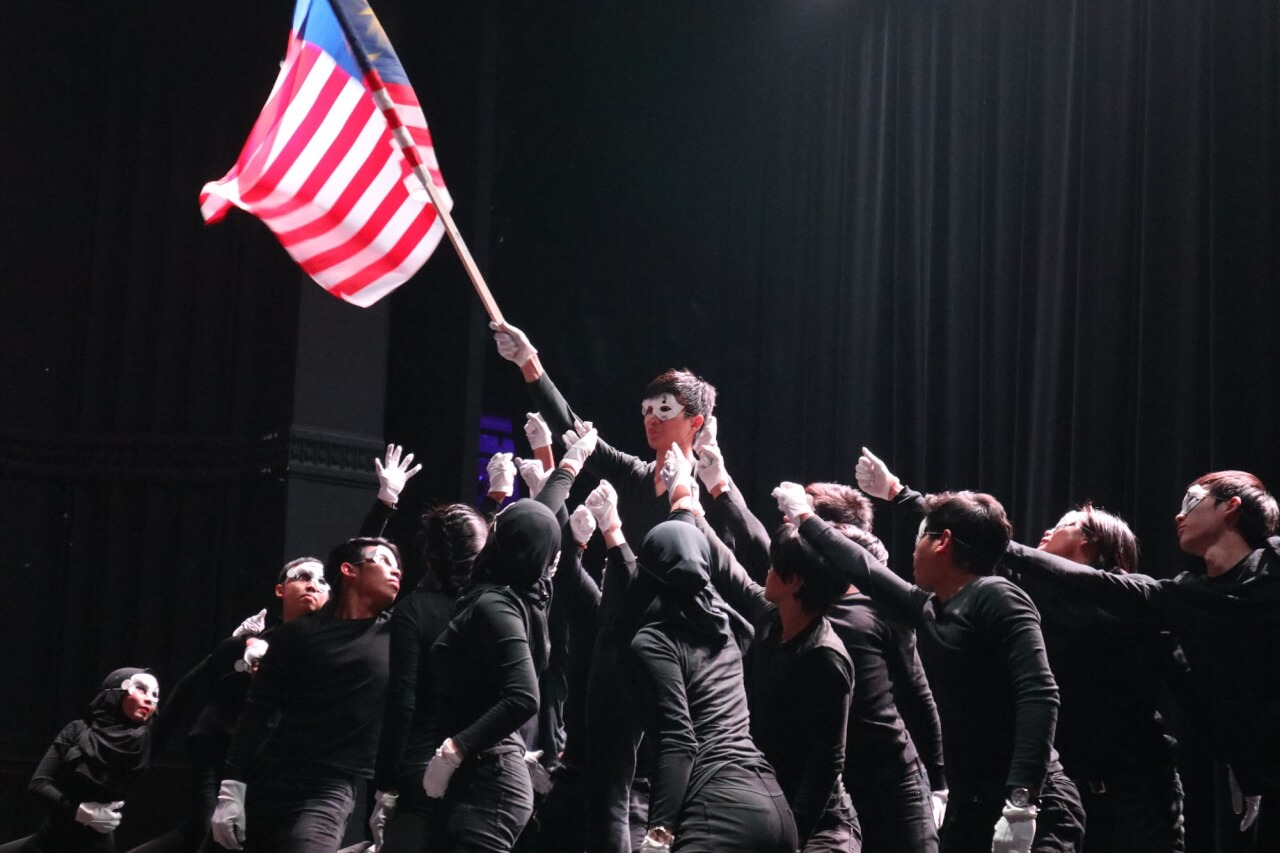 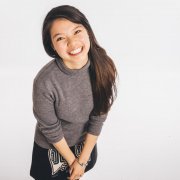 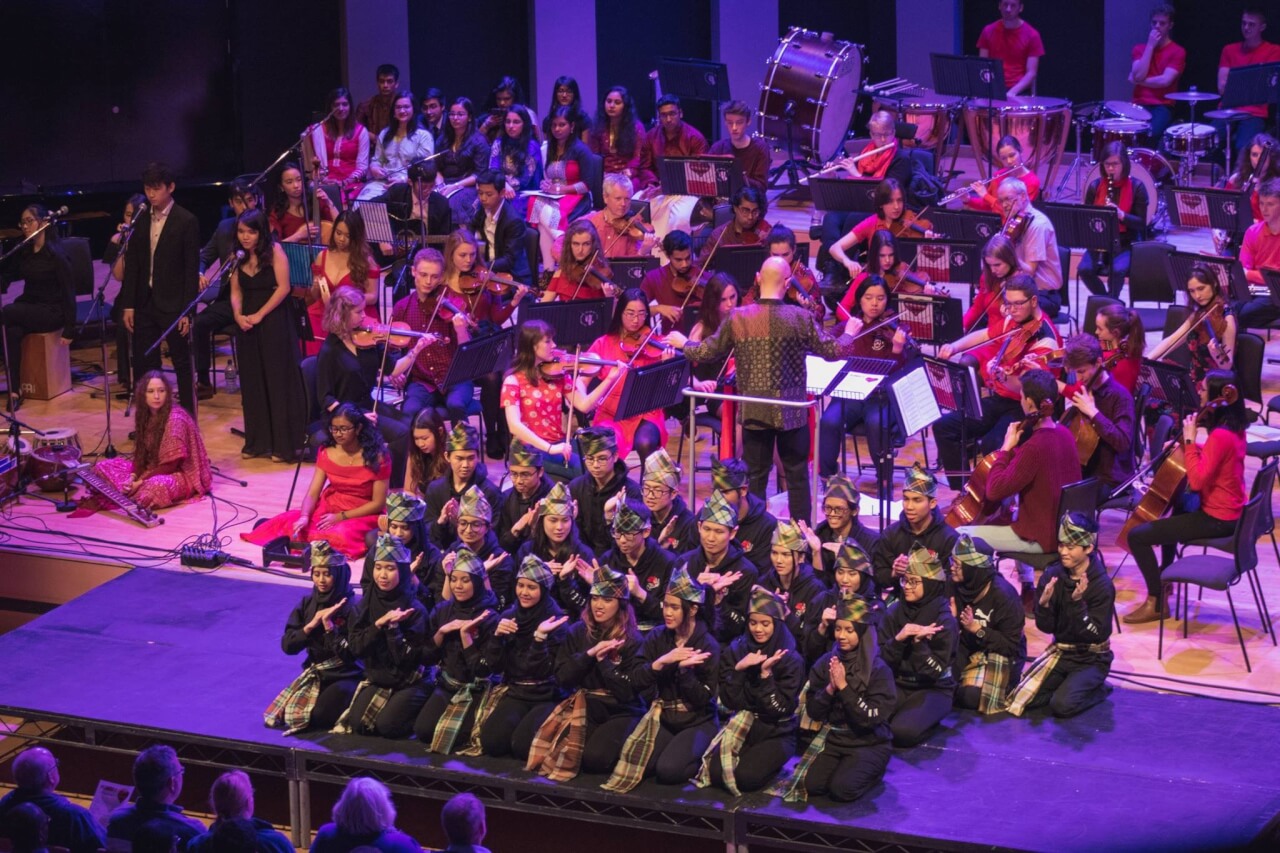 What is  Malaysian Night ?

Each year,  Malaysian societies in universities all around the UK put on a single or two-night theatre performance celebrating Malaysian culture. These theatre performances include traditional acts such as music and dance in hopes to share the diverse cultural traditions of Malaysia to a British audience. Many universities that partake in putting on a Malaysian Night or MNight include London Imperial, London school of Economics, University Central London, Bristol, Manchester, Cardiff, Kings, Queen Mary, University of Warwick, and many more.

What is the show about?

As these shows are often, if not, always student written productions, the scriptwriters often like to write a storyline that involves Malaysia in a particular manner. Whether it is putting on a show about the myths and legends of Malaysia, a musical about family relations in Malaysian villages, a story of the working business life of major cities in Malaysia, etc., each performance of each university is different and surrounds unique themes. It could be comedic, tragic, romantic, epic, mysterious, or even thrilling.

Some universities like to take a contemporary approach  to their production by introducing pop music and dance to fuse with certain traditional customs. This diffusion of cultures show how Malaysian culture is affected by global trends and being a colonised and third world country, it is not surprising that these productions introduce a hegemony of old and new.

What artforms are showcased in MNight?

Many universities are known for certain performing aspects of their productions. For example, London Imperial’s Malaysian society has many Malaysian students who are involved in the Dikir Barat team. Cardiff university has beautiful and intricate costumes every year. University of Warwick, however, has always been known to base their scripts in traditional storytelling and our forte is in our original music each year.

Dikir Barat is a traditional dance-like art form where performers sit in parallel horizontal rows on the floor. With three or four  kompangs or wooden drums and a gong or tambourine,  the seated performers clap and use their hands to the beat in order to create a synchronise traditional performance that ancient Malaysian villagers use to celebrate during festivals and competitions. Dikir  Barat might seem similar to Irish river dancing or the cup game played by children or the movie Pitch Perfect.

Malaysia has three main races as listed above. Therefore, in order to celebrate and include all main cultures, productions often choreograph separate dances each dedicated to each culture.

Malay dances are often slow and beautiful accompanied with eerie and peaceful music. It can also sometimes be fast and danced with both male and female dancers depending on the choreographer.

Most Chinese dances include a fan dance where the art form originated from China. This is mostly performed by female dancers.

Indian dance choreographers often like to incorporated contemporary Bollywood music where the dancers are lively and dressed in brilliant costumes to ‘wow’ the audience.

Some universities such as Warwick enjoy writing their own original composition for the show where we take inspiration from traditional tunes and lures to accompany our scripts and dances.

Our costumes are also either imported from Malaysia, rented from Tourism Malaysia in London, or handcrafted ourselves to portray the fancy or humble dress of our country.

Warwick Malaysian Night: What about us?

For the past 10 years, Warwick MSA has produced many professional Malaysian Nights (Mnights) which are theatre performances that aim to showcase Malaysia’s culture and traditions at its finest through the use of a wide variety of the performing arts. From using traditional musical instruments to choreographing classical dance forms, our annual Malaysian night incorporates many original art forms that allow our Malaysian students to explore their different talents and work together to produce a theatre production in hopes to educate the non-Malaysian community of our beloved home and culture.

Our last production attracted an audience of over 500 people, which included both Malaysian and international audiences. We were honoured to also have the Mayor of Coventry to witness our grand celebration of culture. Our Warwick Mnight has also been recognized for being one of the best in the UK and was nominated for Best Production in the Warwick Society Awards.

In 2018, our theatre production revolved around a post-apocalyptic setting and targeted themes of home, family, and culture: Can Malaysian culture thrive in a world where the country does not exist?

In 2019, Warwick Mnight will be exploring three mythical legends of Malaysia which will be accompanied by a myriad of orchestral orginal composition and spectacular dances. We will be performing in the Warwick Art Centre Theatre in February.

Visit https://www.facebook.com/WarwickMNight/?ref=br_rs to find out what University of Warwick Mnight 2018 had to offer!

Can I join even if I’m not a first year and not Malaysian?

Yes! Our productions have often consist of first years to even post grads! All nationalities are welcomed for we have had students from Spain, Hong Kong, Singapore, Indonesia, etc. join as a performer on our stage. Anyone who is interested is welcome to join our team! Reach out to the Cultural Officer of Warwick Malaysian Student Association (can find on FB) for more inquiries.

There are many things I cannot account in this single blog post about all Malaysian Nights in the UK; but from my experience and in my next blog post about Warwick Malaysian Night, I hope to share more about the behind the scenes of portraying culture on an international stage. The production is mostly performed and directed by first and second years, and many Malaysian sponsors such as Sunway, ICAEW, Yeo, Chafflinch, etc. financially contribute to the Malaysian societies.

I hope you learned a bit more about Malaysian Night!

Keep your eyes out for the end of Febuary to the end of March as that is when most universities start exhibiting their Mnights!

All the best x,