Making the most of exchange? Join societies! – OurWarwick 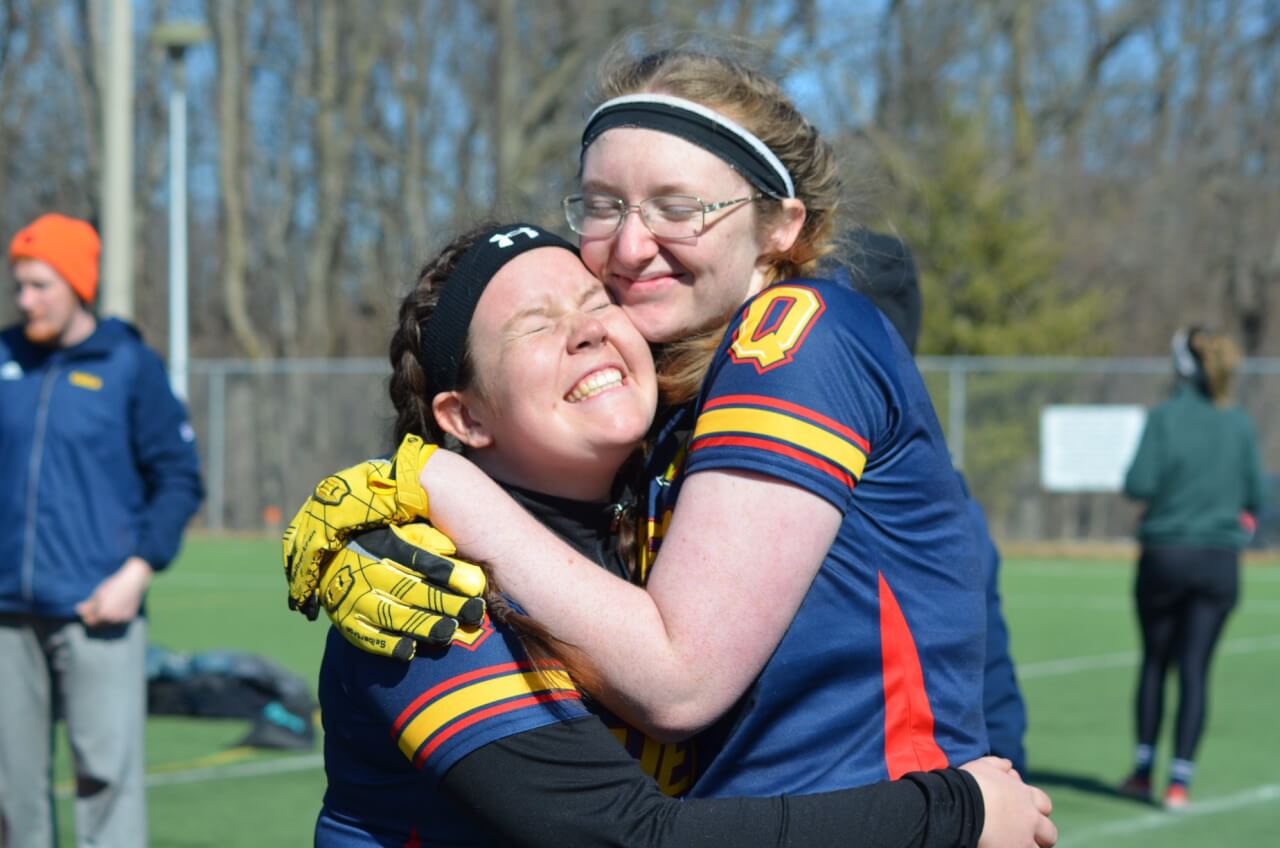 Making the most of exchange? Join societies!

I think I can pinpoint the moment that defined my experience of studying abroad and gave me possibly the best year I could imagine, with some of my closest friends. Arriving in Canada, I was expecting the year to be fun, but worried that it would be hindering to know that any friends I made would likely be remaining in Canada or elsewhere from exchange – would this mean that I didn’t try as hard to get to know people, or make it more difficult once people found out I was only there for the year?

Luckily, it didn’t. And that moment that arguably shaped my time here in Canada? Turning up on a Sunday in early September, in blistering heat despite it being evening, to join in with a taster session for quidditch. Having played for 2 years in Warwick, I was keen to carry on and knew from experiences of meeting a past player that people were quite friendly.  This turned out to be quite the underestimation!

A very far away but lovely team photo at Nationals! – Photo by Darby Huk Photography

Joining the team has definitely made me feel much more at ease in a different country quickly; only 2 of us were exchange students (the other a Danish student only there for the fall semester), but that didn’t really matter in the end. A large enough group of people were rookies for the year, joining for the first time, that we became part of that group, and everyone was taken in by the team before we knew it.

Competing with the team has been a great experience and one that I’m very glad to have been able to be a part of. Representing a university that isn’t Warwick felt strange at first, but it soon became much more normalized and I really found that it helped my sense of belonging to Queen’s – from the “Cha Gheill!” chant at every game to singing the “Oil Thigh” at the end of each tournament. The time spent over these weekends was an experience that won’t be forgotten – from 4 hour plus drives to the different sleepover-esque evenings, it was so fun.

Rather concerned looking group of people, but the whole tournament was more fun than it looks in our faces! – Photo by Darby Huk Photography

It wasn’t just on the pitch friendships though that really did help me. From small things like studying together in the library to keep a rather comfortable booth, to organized social events and attending the equivalent of Pop! here, the chance to socialize outside of quidditch helped create a much stronger team and a solid group of friends.  Having chances to see everyone outside of the gym at least once a week, sometimes with extra impromptu cinema or sushi evenings, really meant we could get to know each other. Before any of us realized, the rookie group started joining in on the jokes between players and really settled in.

Overall, as I hope my post conveys, joining the team here at Queen’s made my exchange experience so much better than I could have hoped. This doesn’t just stand for my specific experience, but I really do recommend joining a team or society of something that interests you, whether at Warwick or on exchange, where-ever you may be and however long you may be there – you might not realize you’ll meet some of the best people you have yet!

Happy teammates making the most of the time together – one of us heads back to the UK next year whilst the other goes on exchange to Trinidad; just shows that you can meet so many fantastic people whereever you are! – Photo by Darby Huk Photography