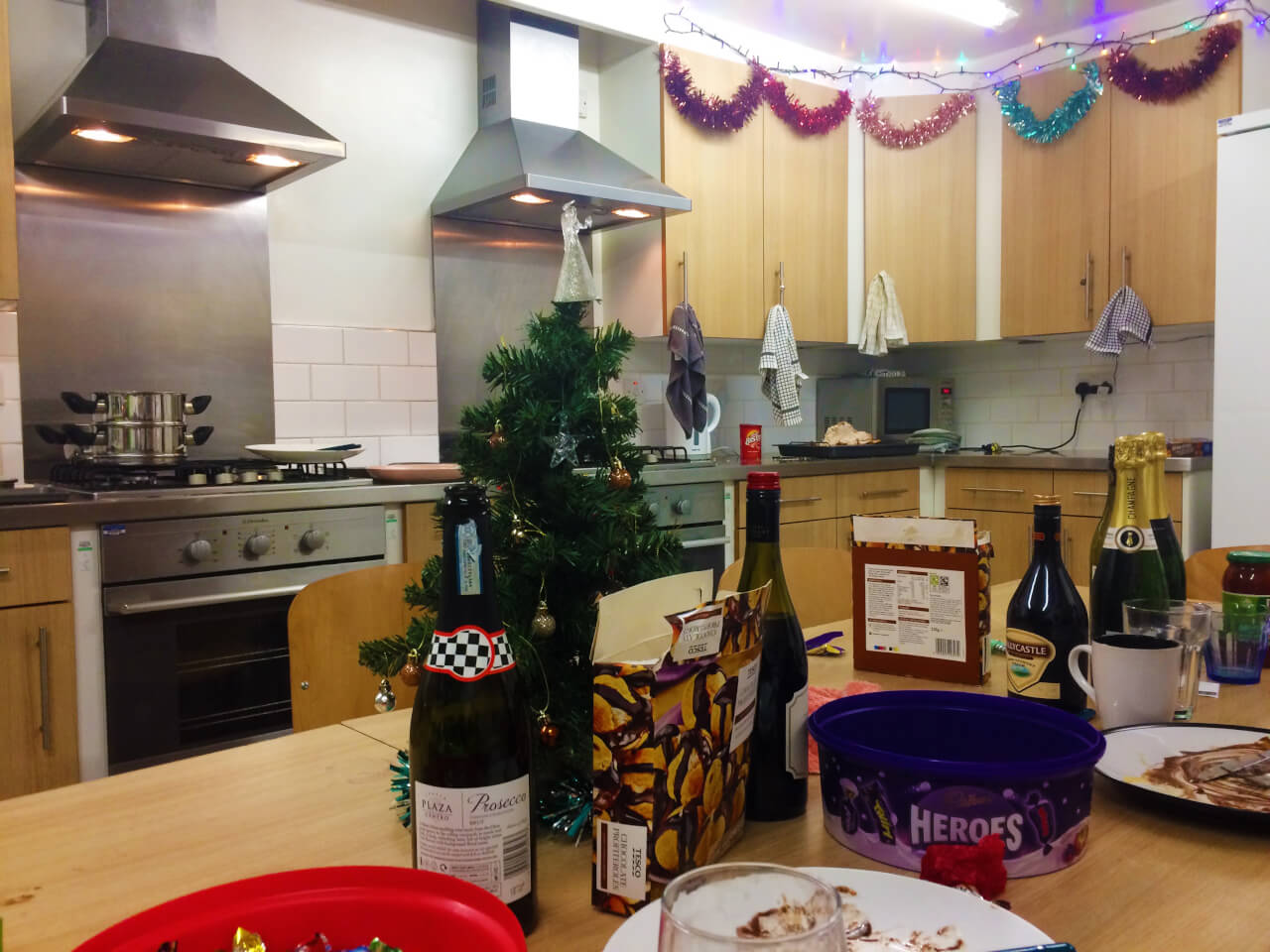 Living in halls: chaos and spontaneity

Reminiscing, I lean back on my chair on the balcony with my fourth glass of lemonade. It seems like an age (yesterday) since I moved out of my room on campus for the last time.

For the past year, I’ve lived in halls on campus (Jack Martin), where I shared a kitchen with 11 other people. No, not just a kitchen, but my first year at uni. *dramatic sigh*

In all seriousness, this has been a year of personal development. There’s something about suddenly having to feed oneself that inspires independence. Not only that, but I’ve found that my tolerance for chaos and spontaneous actions has risen.

Cheeky salsa lesson in the SU? Sure!

Last-minute movie in the Student Cinema (in L3)? Yeah!

Fire alarm at 4 am in the morning because someone can’t make toast? Honestly.

So here’s a few random things I’ve noted about living in halls, some of which I’ll miss.

Everything’s ‘only 5’ minutes away…

Being on campus, everything’s very close by. I’ve really appreciated the fact that I can just get up and go to something with minimal effort and in a short amount of time.

Specifically, having lectures only a couple of minutes away is a blessing. When my lecture was in the Oculus building, it literally took me 1 minute. How marvellous is that?

Only problem? In my mind, everything was under 5 minutes away. So, ‘urgency’ wasn’t really a thing when I walked to lectures…

What happens when you put 12 people into one kitchen? Chaos!

(It’s not actually that bad, but it takes some time to get used to it. Especially if you’re an only child like me!)

One thing I enjoyed is learning my flatmates’ quirks. Just daily little habits, like how someone cut their bread, or how someone ate way too much cereal to be healthy. Or when someone came into the kitchen wearing a hoodie, everyone knew they were hungover.

Sometimes it got frustrating. People have different habits when it comes to hygiene. To noise. But these are all things I learnt to deal with, and part of growing up is knowing how to negotiate these things. What a great time to sharpen those teamwork skills.

When you live with people, it’s not uncommon to run into them (surprisingly).

It starts with a spontaneous ‘Hi! How are you?’ in the corridor and ends over an hour later. I often spent so long chatting to my flatmates that we’d just settle for sitting in the corridor (because that’s what the cool kids do nowadays).

The same goes for the kitchen. Oh, our kitchen, the social space! When I went in there to grab something to eat, it was not guaranteed to be a quick get-in-get-out operation.

Something I really appreciated about my flat was how we celebrated everyone’s birthdays. It’s a really good occasion to come together as a flat. And to eat cake. In fact, there was almost always cake in the kitchen for anyone to dig into, and who doesn’t love a cheeky slice of cake?

We’d also blow up balloons and put banners on people’s doors (and depending on who it was, make things really inconvenient for them, because we’re loving flatmates). 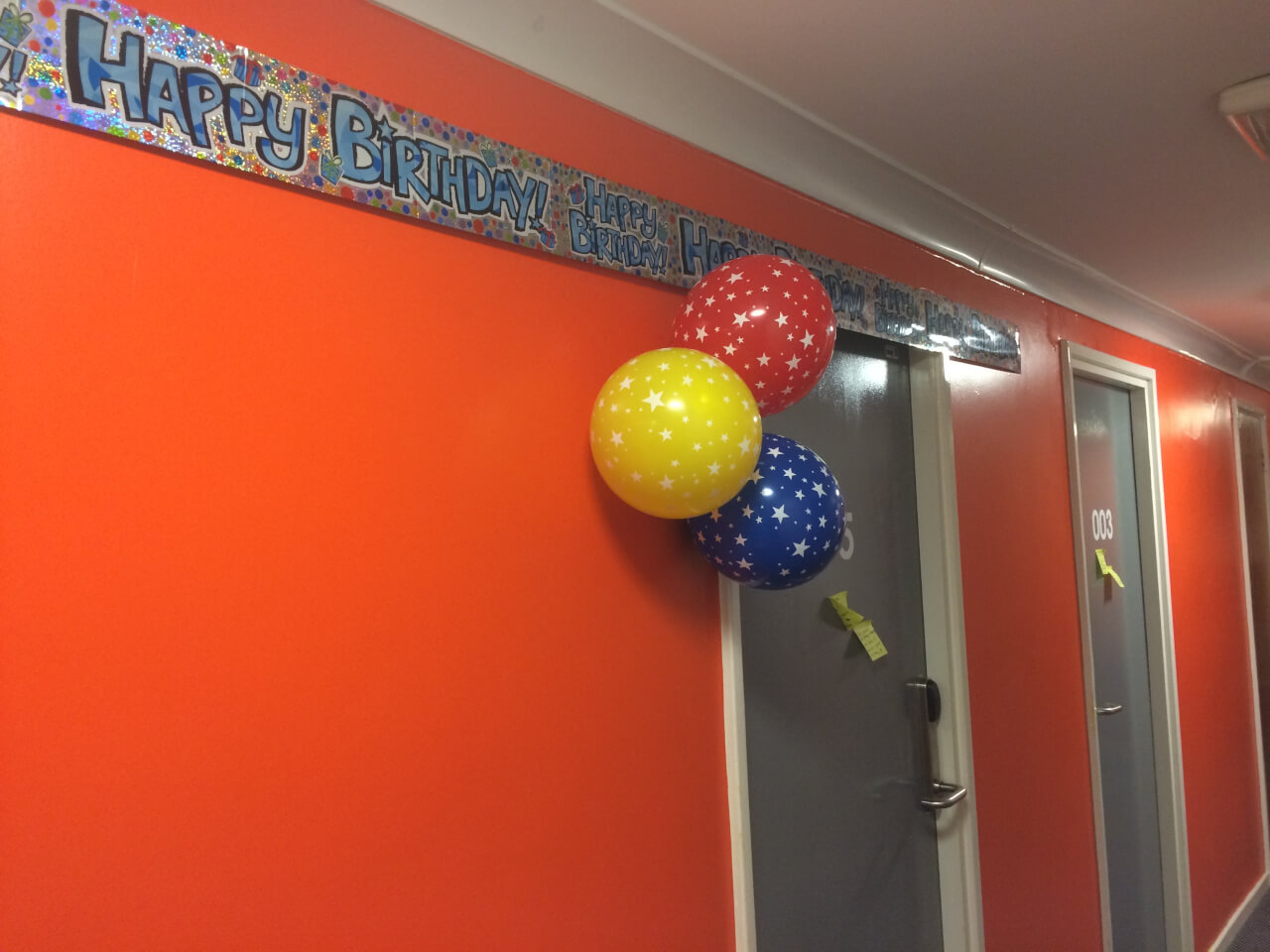 I’ve finished my fifth glass of lemonade, so I’m going to leave it here. Life in halls had its challenges and its highlights. It was an experience, to say the least!

For those who are about to live in halls, I will say this: it will be chaos. There will be confusion, and there will be cluelessness. Last-minute actions may become the norm. But everyone’s in it together, and it’s an experience to look back on fondly for all its highs and lows.

After all, when life gives you lemons…

Here’s a quote that I quite liked, because I’m spontaneous like that:

and that is how they grow.

And some people thrive in chaos,

because chaos is all they know.