Lectures finished, last Italian module report completed, and a 3,000 word Italian extended essay done and (almost) dusted, I think it is safe to say I have officially completed my studies at university in Italy.

It seems as if the last couple of weeks have just flown by. In fact, it was only yesterday that I actually noticed that we are almost half-way through June now, as I made my way back from the bus station after seeing my last visitor off at a rather unearthly time yesterday morning. Yes, another visitor and leaving just in time I would say as this morning I awoke and opened my shutters to the sound of the infamous rumbles of Italian summertime thunderstorms. Despite the souring temperatures over the last few weeks, it isn’t that uncommon for some thunder and lightning every now and then over the summer period in Italy. I say that but in actual fact today the rain hasn’t stopped all day. Well, I suppose it adds a little drama anyway as my friend and I found out moments before making the ascent up to Florence’s Piazzale Michelangelo the other day. In fact you’ll find that one minute, there you are reapplying your sun cream, and then next, there will be the most horrific crack from the sky and before you can even fumble for your umbrella, you will be as soaked as a drowned rat.

Yes, when it rains, it really rains. In fact, there’s nothing much you can do, but hope to find some shelter and wait it out.

Well, there are some things you can do as my friend Hannah and I discovered a few weeks ago, in preparation for a Eurovision party… 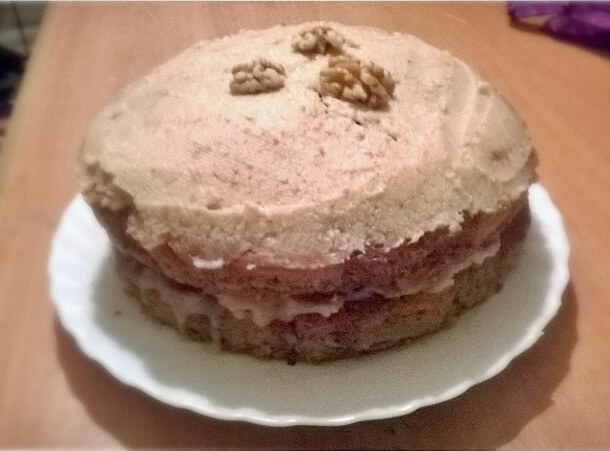 Representing the best of Great Britain. Rainy days are for making Coffee and Walnut cake

It even seemingly rained for the entirety of fellow Italian Studies blogger, Lottie’s 24 hours in Siena

Representing Warwick in Siena…note the reappearance of the coats

It would be though that last week, whilst essay writing and researching for five solid days at my desk, with my only form of ‘social life’ being that of Siena’s gym and supermarket, Siena experienced pretty much a week of mid 30°C temperatures. 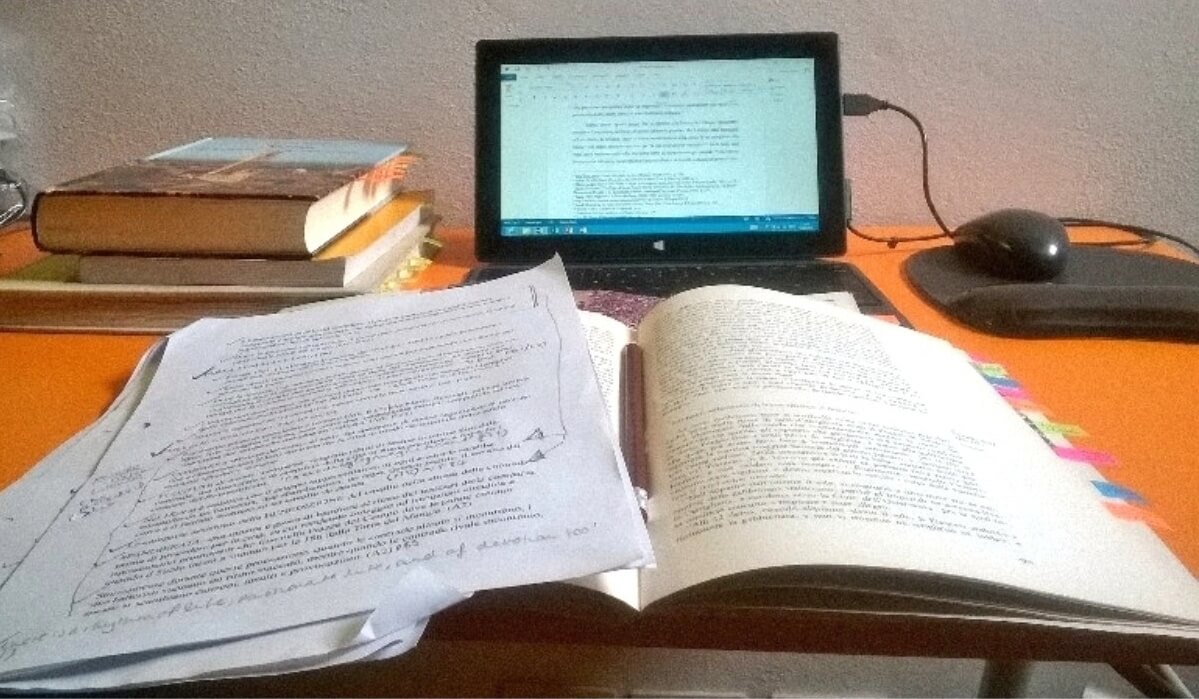 I suppose I shouldn’t complain.

However, whilst on the subject of essay writing and all things academic, I must admit taking books out of the university humanities library was rather an experience to put it mildly. Armed with my rather antiquated library card… 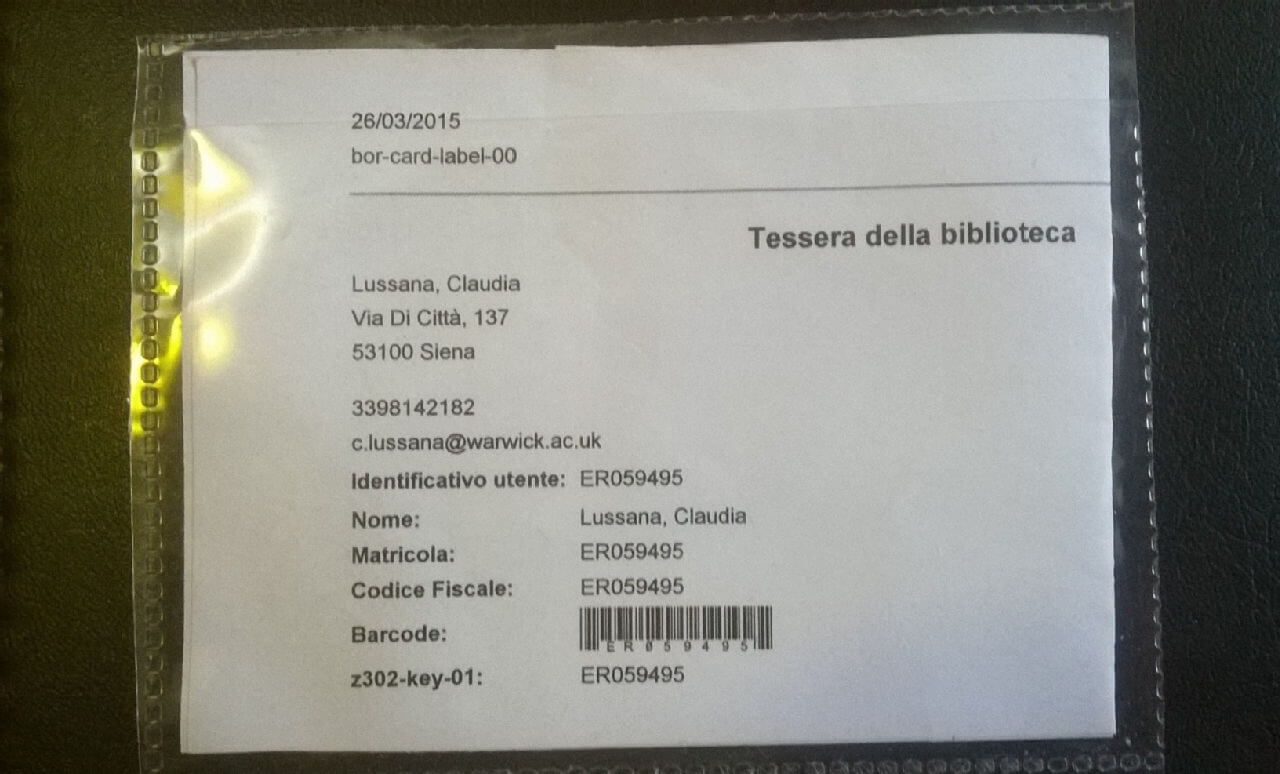 … and having finally found my way through the burrow of little corridors to the history section, I made my selection of books I planned to use for my final essay of my year abroad for Warwick’s Italian department. Armed with five hefty books (yes, five being your limit when it comes to taking books out of the library) I proceeded to make my way back to the front desks of the library in search of some machine, or assistant to scan my books so that I could be on my way. Nevertheless, it turns out that it is more than just Siena’s library cards, which are a little more on the ‘traditional’ side let’s say. Yes, in short, for every book I wanted to borrow, I had to fill out a form detailing the book, slide it into a rather fetching yellow plastic wallet, and then go back to where I found that particular book, find its spot, and position the plastic wallet into the space of that book. 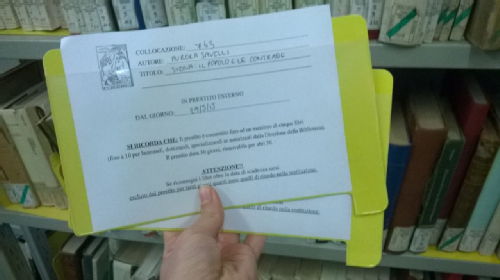 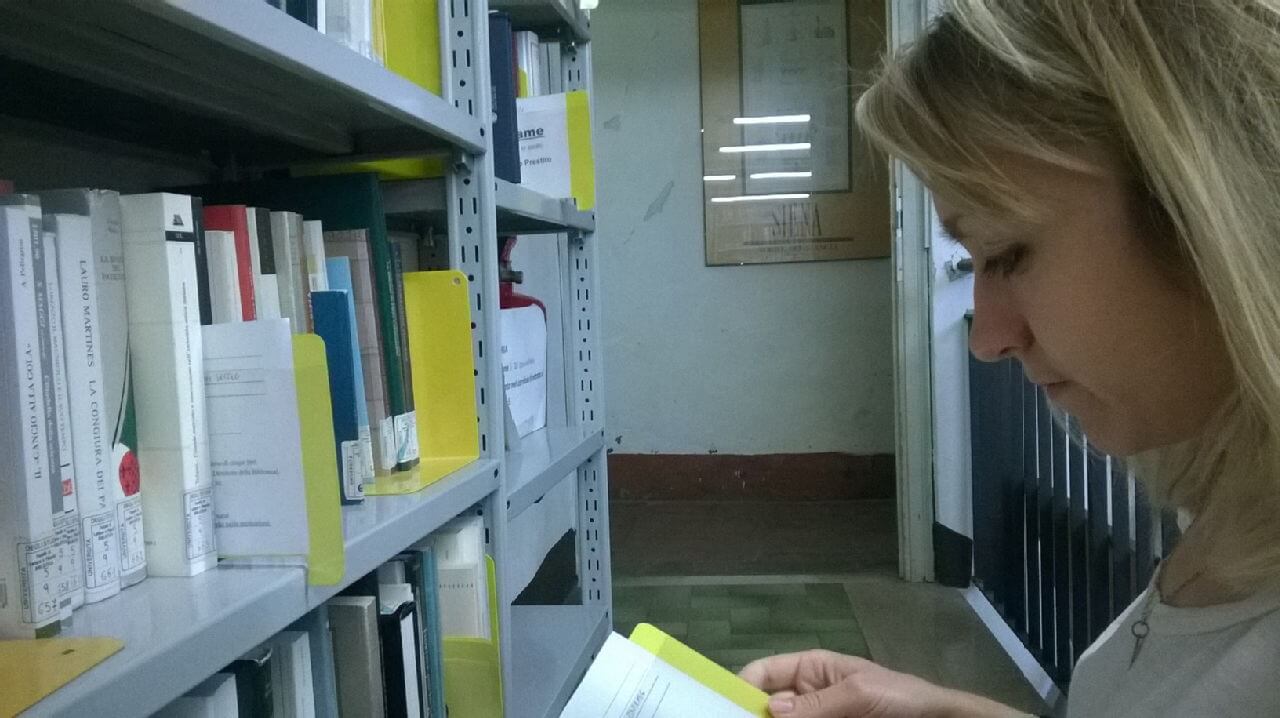 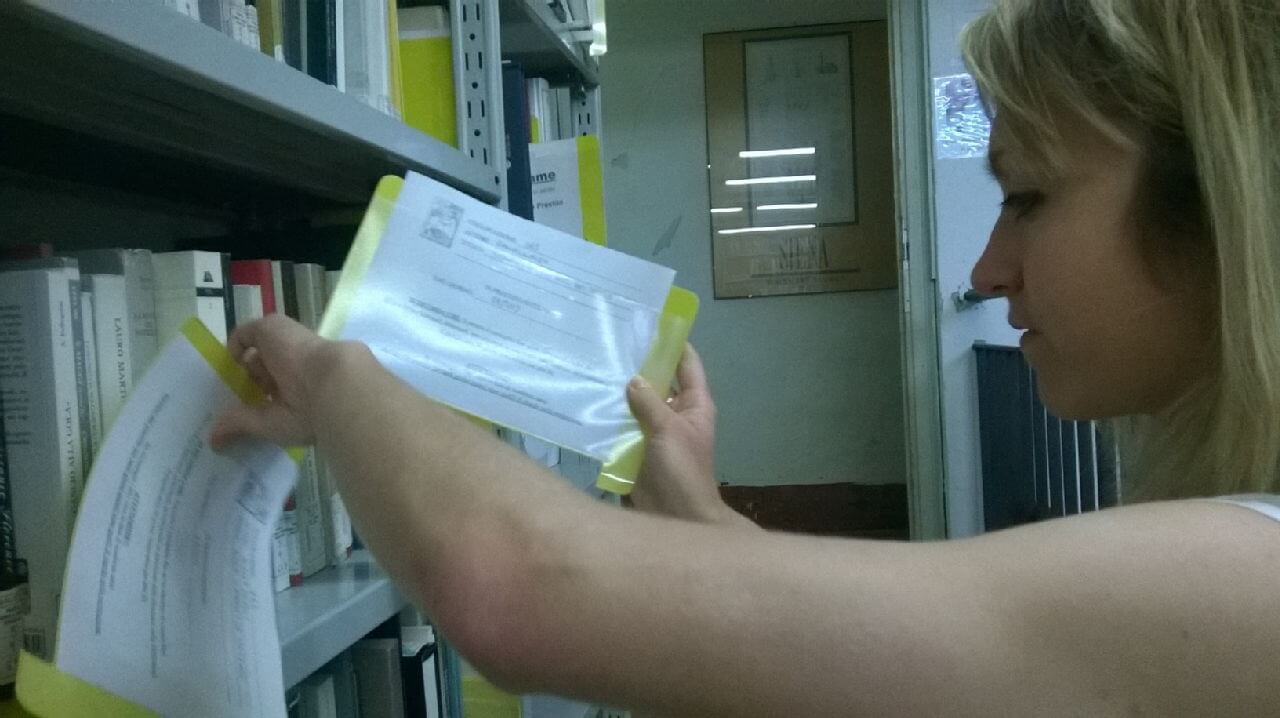 Only then did the Librarian go through each book, scan them into his computer, and print off an A5 receipt for me. Bizarre right? It seems that the medieval nature of Siena is even reflected in the workings of its university! You’ve got to love it though. Even my library experiences in South America were more in keeping with this century, with electronic cards, online catalogues and all! 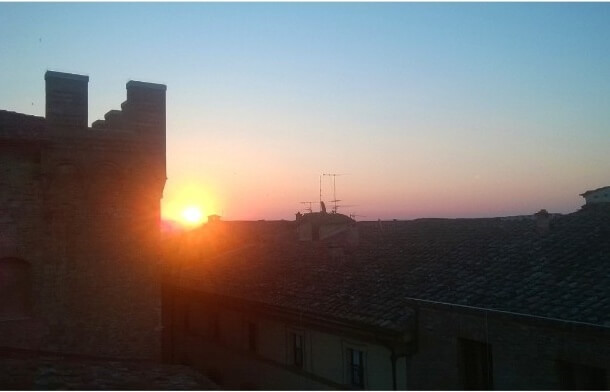 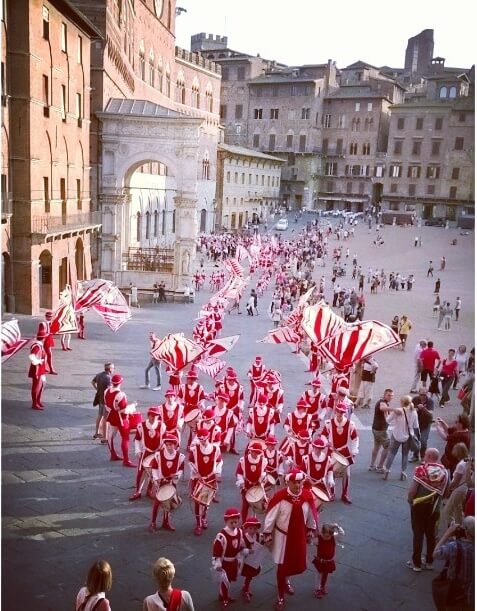 …and a Palio preparations update: The Giraffe contrada and its comparsa parading the streets of Siena last Sunday singing, flag waving and drumming pretty much all day long…I think I can still hear it in my head.

In fact, the workings of the library isn’t the only odd thing I have come to notice whilst studying at university in Italy. Another rather bizarre concept if you ask me, is that concerning their exams. More often than not (and I can only talk on behalf of the humanities students) all exams are done orally. Meaning, no big written exam at the end of each module or lengthy coursework essays over the duration of the year. Nope, none of that. As the course draws to a close, the teacher will most likely come up with a couple of dates, whereby according to which of the two or three days suits you best, you sign up for online. Well, that is the idea anyway. It seems that for the entirely of the semester, according to my online university portal, I am currently studying nothing as I have not been successfully registered for any of the courses I have been taking. Luckily for me, Warwick’s Italian department do not require us to take the exams here in Italy. Rather we are required to write two 1500-2000 words module reports and an extended essay on an Italian-based topic of our choice, which our oral exams upon arrival back at Warwick in October will be based on.

Anyway, back to the delightful subjects of exams (were I to do them that is). So once you have signed up for one of the exam days, you are told to arrive at 9am on the day and are placed on a list. Now if this notion of queuing is anything like that of Conad (our beloved supermarket of course) or my experience at the doctors here, I would expect this to involve a fair amount of debate, hand gestures and ‘smooth’ Italian queue skipping. It also means that, yes, you could be waiting all day for your turn to be assessed, and when you are, you are done so orally by your professor. This could last anything from 10 minutes to half an hour, at the end of which you are given a mark out of 30. Discontent with your mark? You can continue resitting the exams as many times as you like, whilst apparently in terms of the exam itself, factual regurgitation is encouraged rather than opinionated original thought.

I don’t know. Sometimes it’s best just not to question the Italians and their ways. In fact, you learn a lot of things when living in another country. 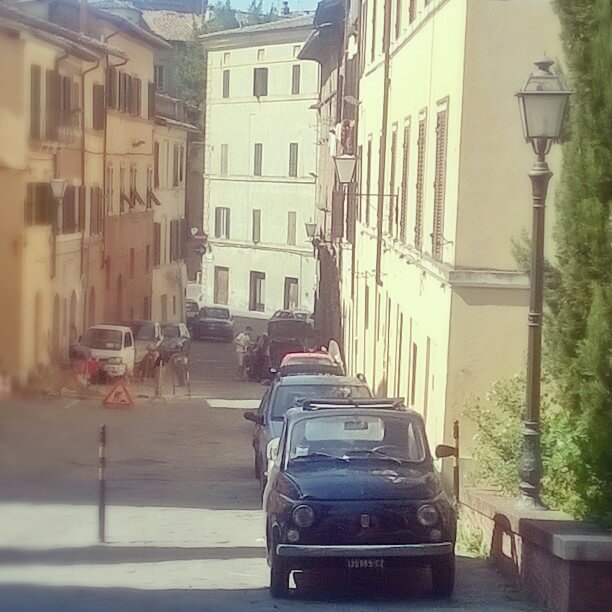 No, in all seriousness. Let us take our example of supermarket shopping again. When is the best time to shop you say? This would undoubtedly be at lunch time, from 1:00pm to 3:00pm whilst the Italians, like clockwork, have gone home to their bowl of pasta shuta, whilst beforehand (I can tell you from previous experience) the roads are absolutely manic as they do so.

Wouldn’t have changed it for the world though. Especially when living in a place like this… 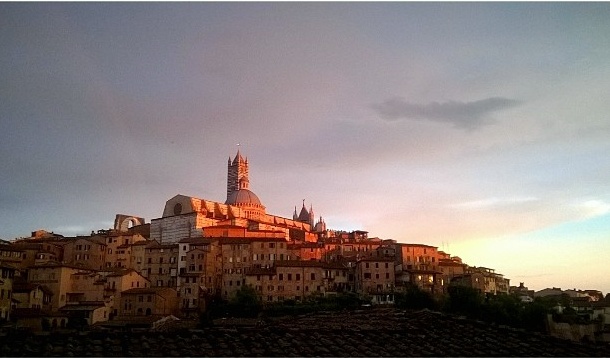 Yes, I live in that rather beautiful place at the end of the rainbow #nofilter

Not a bad outcome from all that rain I must admit.