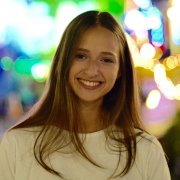 The month of February marks the LGBTUA+ history month.

LGBTUA+ stands for lesbian, gay, bisexual, trans, undefined, asexual, + (all other minority identities). The goal of this programme is to permit the whole Warwick community to build an open and comprehensive environment for all the members of our community.

LGBT is a very common acronym, and most people know that it is associated to human sexuality. However, not a lot of people understand the real meaning of it, or the history behind it. In honour of LGBTUA+ history month, I took it upon myself to learn about this acronym, and what lies behind it.

LGBT is therefore an acronym which is by now considered a word, and has been used since the 1990s, being an “adjustment” to the previous, restrictive, acronym “LGB” (or “gay community”).

The Rainbow Flag, or “Pride Flag” has also been a symbol the world has seen a lot of it. It was first used in an LGBT pride parade in San Francisco in 1978 and had eight colours. Today it commonly has only six colours. Something interesting that I did not know is that the various colours actually symbolise different things:

The programme has planned some incredible and various workshops and presentations throughout the month of February. I went through the different events and chose to present you my two favourites:

Week 7 – Don’t Stand By, Step Up – an intervention workshop

Writing this post, I learned so many things about this LGBTUA+ community that I had no idea about, and I know I’m not the only one. People say a lot of things while not knowing what lies behind what they are insulting. I hope that in our generation no-one has to suffer judgment, and any kind of harassment, verbal or otherwise. However, the truth is that we’re not at the point of a prejudice-free society yet. This workshop teaches you how to effective intervene in various situations. You can gain skills and confidence to defend yourself, someone you love, or a complete stranger, when you know it is the right thing to do.

“Identify” is a five-episode docuseries that profiles five different athletes, playing one different sport each, and that have succeeded in finding and embracing their identities through the help of their sport. The docuseries that presents the challenges as well as success these individuals faced, can only encourage others in the community, I hope, to pursue their goals, whatever they may be.

These are only three of many many more events on campus. If any of them spiked your interest, please visit the warwicksu website for more information.