So, this weekend the Warwick Devils took to the mat at Future Cheer, a nationwide cheerleading competition against other universities. As a coach I was particularly nervous, wondering how the routine I’d choreographed would fare against other dances, but my nerves were somewhat helped by the fact that I wasn’t competing due to injury, so I had the opportunity to watch my squads and all the others from off the mat.

I had some freshers staying at mine the night before and after tucking them in I headed to bed myself. Alarm dinging at 4:45 (eww), and I quickly got up and dressed before walking us to the church for a 5:45 bus. Nerves were going on the coach and the Devils being the eager beavers we are arrived first at the Genting Arena.

Pom, the squad I coach, were performing first out of the Devils’ teams so I hurried them to get ready before warming up and heading backstage. I wasn’t allowed backstage as I didn’t have a coach’s pass, so I handed my team over to the capable hands of our VP before heading to the music deck to watch front and centre. I waved at my team as they waited and hollered as loud as I could. All through the routine I was dancing at the front and cheering like mad as they hit the routine perfectly and looked like they were having an absolute whale of a time. They came off the mat exhausted so definitely gave it their all. We watched the routine back and couldn’t believe how well it had all come together (cheer never goes perfectly in rehearsals). We then gathered to watch Hip Hop perform their killer routine and cheered for them as loudly as they had for us.

In no time at all it was time for our results. The Devils all sat in a circle as they announced the places in reverse order. Out of 18 teams, I crossed my fingers and hoped for Top 10. When we got to 10, I bumped up my aspirations to Top 5. When 5 place was read out, small squeaks started to come from the Devils’ circle and we gripped each other’s hands in anticipation. 4 came and went, then 3 and I started to think, ‘We couldn’t have?!’ Then boom! We had placed 2 out of 18 universities! I screamed and collected the trophy with shaking hands and a huge beam on my face. As a novice coach and recently injured, I was astounded that we’d placed second, never expecting it in million years. 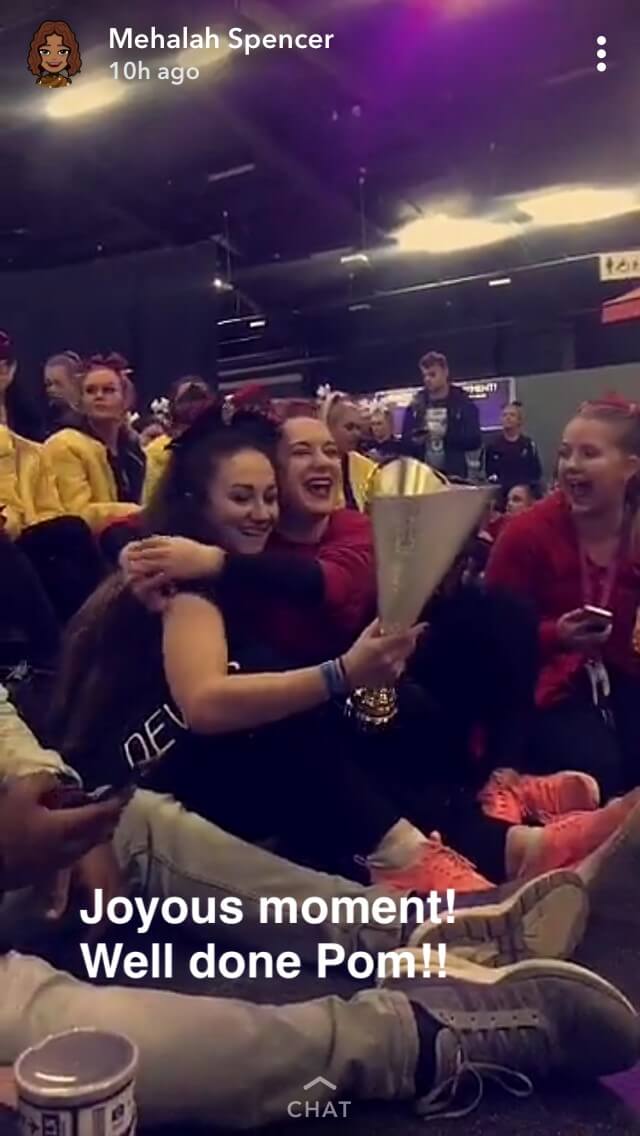 Hip hop were next to be announced while Jazz were performing, and Hip Hop were robbed with a 6 place. After a full-on photoshoot with the trophy, Jazz had their award ceremony. My cheer wifey is the coach, and although she was nervous I had no doubt they’d smashed it; they placed 3! A lot more photos followed, and by the time Large Stunt had performed, made their routine look easy and placed 4, the day had been a success. A celebratory Vialli’s and Eliminator pitcher followed before a well-deserved sleep.

Thank you to my incredible pom team for all your time and energy in making this routine a reality, it wouldn’t have been possible without pom being such fun every week and seeing your beautiful smiles. All the Devils smashed the comp, and I have no doubt we’ll be back and fighting in our next competitions. Let’s do this! 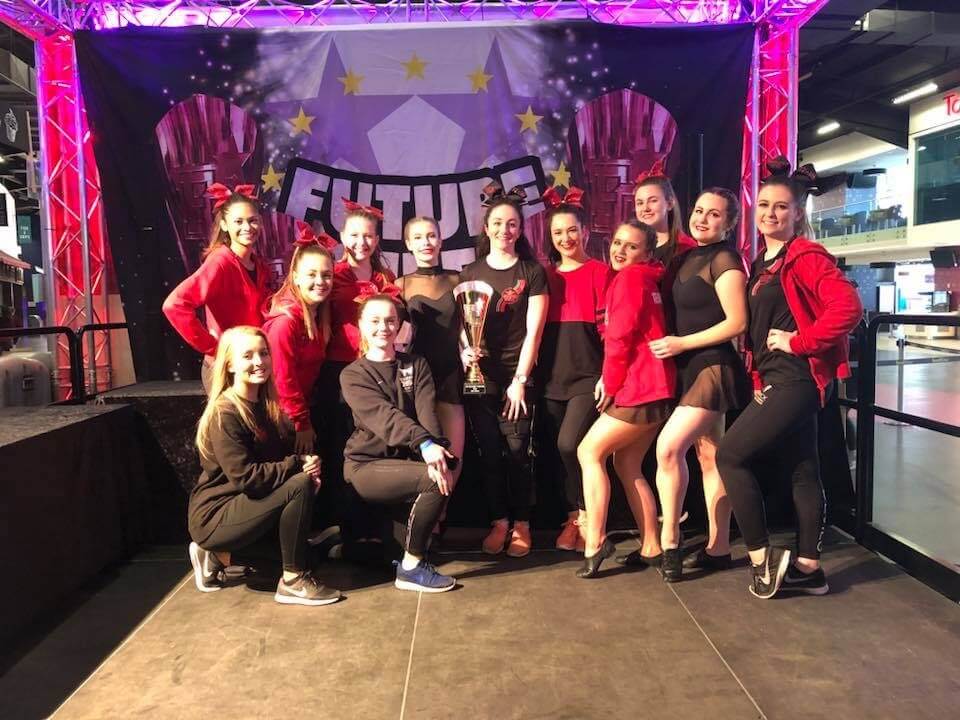