John West – get to know your professor – OurWarwick

John West – get to know your professor

Being university student as opposed to a sixth form student was kind of a strange transition. At the heart of this was the fact that you are now considered an adult, and consequently you will be treated as such in the classroom. As such, despite their intellectual advancement, your professors feel more like real people that you can talk to and work with. Yet even so, the time you spend in class isn’t as much as it was in school, and as a result it’s hard to get to know your professors. Therefore every now and then I will be interviewing members of staff in the English and Comparative Literature Department, to help bridge the gap between student and teacher.

Today, we get to know John West. Last year I got to see John lecture for Epic into Novel, and was struck by how passionate he is about his subject, and found that he was a very engaging and interesting person to learn from. Read ahead to find out why this is:

What is it that you do in the department?

I’m an Assistant Professor of Seventeenth-Century Literature and Culture. I teach and research 17-century lit and I also teach on (and convene) Epic Into Novel in the first year. On top of that, I’m also the Director of Studies for the first year.

Tell us a little about your background and how you came to be working in this field.

I was actually an undergraduate in the Warwick English department from 2001-04. I remember coming to Warwick and thinking that what I was interested in was 20-century poetry – I did a slightly dodgy history project at school on the influence of the Beats on psychedelic music of the late ‘60s. But I have a very distinct memory of studying early Tudor poetry in my first year (must have been on Medieval to Renaissance lit) and getting totally hooked on the earlier stuff. I think it was the realisation that, for many authors at that time, writing could be dangerous which made me want to read more early modern literature. I later got immersed in the history of the seventeenth century, especially the radical political and religious ideas of the Civil Wars, and I’ve never really looked back.

At some level we’re all just trying to find things out that nobody else has found out or think of new ways of doing literary criticism that are fresh and exciting. And that’s probably why I’m interested in academia – it’s full of interesting people trying to do new, fun, important things.

What aspects of literature fascinate you the most?

I suppose as I’ve already said, I’m interested by the sense that writing books has been and continues to be a dangerous thing to do. Why this should be the case and what authors do about it is something I’m fascinated by. I’m interested in the kinds of conversations writers or cultures have with each other through literature. And I’m also fascinated by the way literature can create unreliable or counter-historical narratives which have long-lasting effects on culture, politics, and ideas. I’m especially interested about this in relation to practices of literary periodisation, for example, and I’m hoping this might be the basis of some of my new research on Restoration literature.

Can you tell us a little about the module Epic into Novel?

Epic Into Novel is basically a module about seven important books from different times and cultures. It’s a chance to think about two vital genres and what makes them distinct and important. The books we study are all preoccupied with some big themes: the nature of heroism; fate and free-will; belonging and exile; national and spiritual identity. But they are also books that speak to one another (Milton is re-writing and overgoing Homer and Virgil; Eliot is responding to Fielding). So, as well as thinking about the heavy stuff like gods and life and death, it’s also a module where we try to understand how the relationships between texts unfold in small literary details.

Do you have an achievement that you are particularly proud of?

I am proud to have had a couple of books published on things that I think widen understandings of early modern culture. One was on Dryden and the other was an anthology of early modern writing about moments of succession. I admit, though, that the pride I take in these may in part be down to having done them at all – at different stages they both felt like very hard work! But I am proud to have finished them and hope that they’re making a difference to the way people think about the period.

What are your future goals/aspirations?

I’m teaching a new honours-level module on Literature and Revolution from 1640 to 1660 for the first time after Christmas so my main goal for the near future is to get that off to a smooth start. I have a few possible ideas for research projects in mind right now, too, including things on literature and counterfactualism in the mid 17 century and, a little more speculatively, on early modern literature and disengagement. A slightly more fun project might involve analysing the use of 17-century writing in the musical countercultures of the late 1960s and early 1970s – but that’s still very speculative indeed! 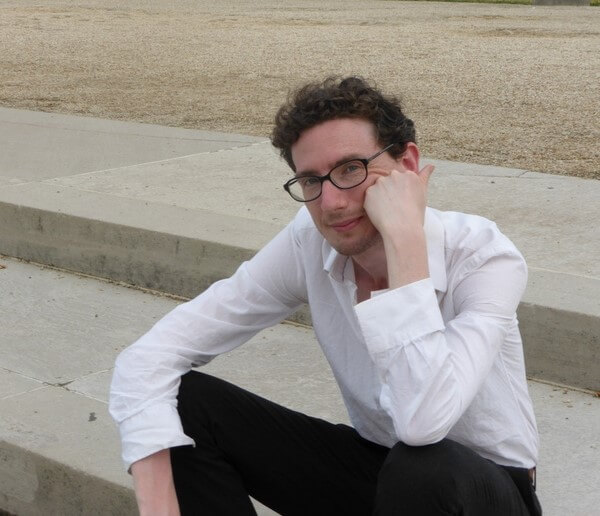