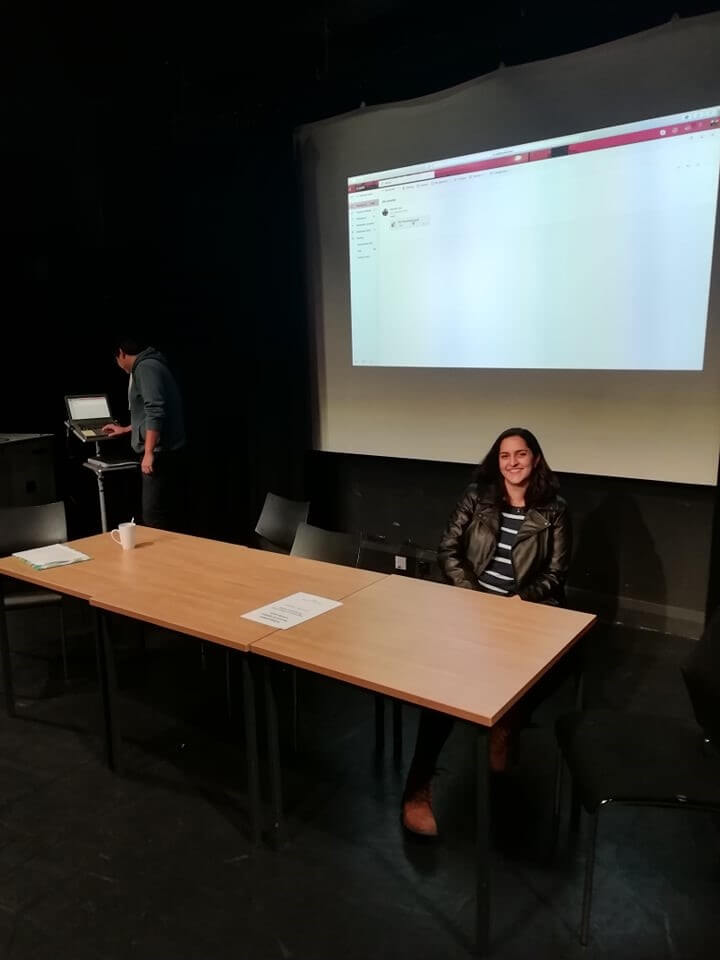 I just wanted to write something about my experiences  in the past week.

So without further ado, on Friday 22 February I was invited to a third year Theatre and Performance studies Independent Research Project Conference in Millburn house. It was really useful to attend this conference, particularly from a second-year perspective, as the conference and subsequent presentations gave other undergraduates an idea about how the conference setting would take shape next year while also giving a good idea at to what would constitute as an appropriate research topic. Not only this but I totally appreciate the word ‘conference’ in itself is extremely intimidating- to think that in one year I would be expected to propose a research topic I have selected to a room full of co-students and theatrical pundits makes me feel a little nauseous, aka maybe I should just opt in for the practical based assessment instead.

So, an IRO is a compulsory third year module for single honour Theatre and Performance students. Joint honours students have the option to take an IRO, but under special circumstances. You have the option of doing a practical IRO (marking breakdown as follows: 60% practical 40% critical review) or alternatively you can submit solely a 10,000-word written dissertation on a topic of independent interest.

The conference I attended on Friday was an opportunity for students opting to do a written final project to present ideas coupled with the beginnings of primary and secondary source research. Presentations were in response to a provocation made by a senior lecturer. Then at the end of presentations there was an opening for questions and suggestions from the floor.

I attended three presentations on:

·         The Unknowable Other: Representations of Muslims in an Age of Terror– Tara Cross

The above three presentations are testament to the sheer breadth and scope of subject matter potential for an IRO project. In other words, the IRO deepens student autonomy in terms of tailoring their degree to their own needs while also developing skills that students recognise as specifically important for their own career goals in the future, post-graduation. The opportunity to study, research and ultimately comment on a unique, specialised topic that, most importantly, interests you is unanimously what makes the IRO so attractive. Interest, in my experience, is the key to seeing any kind of project through and the IRO enables you to tap into your interests and pursue them academically, while also being rewarded with legitimised marks/ qualifications that will strengthen career prospects.

The final presentation I mentioned will be the main focus of this post as even though all three presentations were confidently introduced, thought-provoking, and professional Tara Cross’ IRO presentation on The Unknowable Other: Representations of Muslims in an Age of Terror covered an area of culture, history and academia that I shamefully know nothing about. I also managed to speak to Tara about the conference process, how she found it, and why she chose what she chose as she evidently dedicated so much time and energy into her work.

Tara: So my paper is entitled The Unknowable Other: Representations of Muslims in an Age of Terror. I started becoming interested in the othering processes used for Muslims in light of terror incidents in the immediate aftermath of the London Bridge attack in June 2017, just two weeks after which a white British terrorist drove a van into a Mosque in Finsbury Park. While he acted on his own prejudices, I saw links to a growing anti-Muslim sentiment in Britain, the tensions of which even my family who are now second and third generation immigrants and largely non-practising Muslims, had felt.

Tara: In terms of the processes of research, I began with performance examples that I was already familiar with and expanded outwards however my supervisor, Yvette, was massively helpful with shaping my thesis argument and she prompted me towards academic writings such as Bharucha’s Terror and Performance which became a vital asset to my research. I think without the support of a supervisor this would feel like a much bigger challenge, so their continued guidance is essential.

Tara: As we’d discussed, I’d been very reluctant in the build up to the event to actually put in the necessary work for the conference due it being unmarked, but once there, the benefits of the conference became very obvious. For one thing, it was really motivating to be able to present your research and to receive positive feedback from peers, as well as being confronted with challenging questions that can further help to expand your research. Also, being able to hear what other people are researching in detail, it allows you to find connections to your own work that you wouldn’t be able to necessarily see otherwise.

All in all, if anything I can assure any prospective IRO students that the conference style was not intimidating or stiffly professional. Instead it was a very welcoming, intimate environment by which the third-year students talent, intelligence and eloquency were really effectively showcased. I was somewhat stunned by how dedicated and helpful students were in listening to other’s presentations. Also, despite me not indefinitely knowing what path or subject matter I’m planning on interrogating in my final year, the conference definitely gave me some element of aspiration that I could potentially write, and present in a similar manner in a few years time.

I hope this helped in some way!

That’s all for now.