Increasing Diversity in the Theatre – OurWarwick 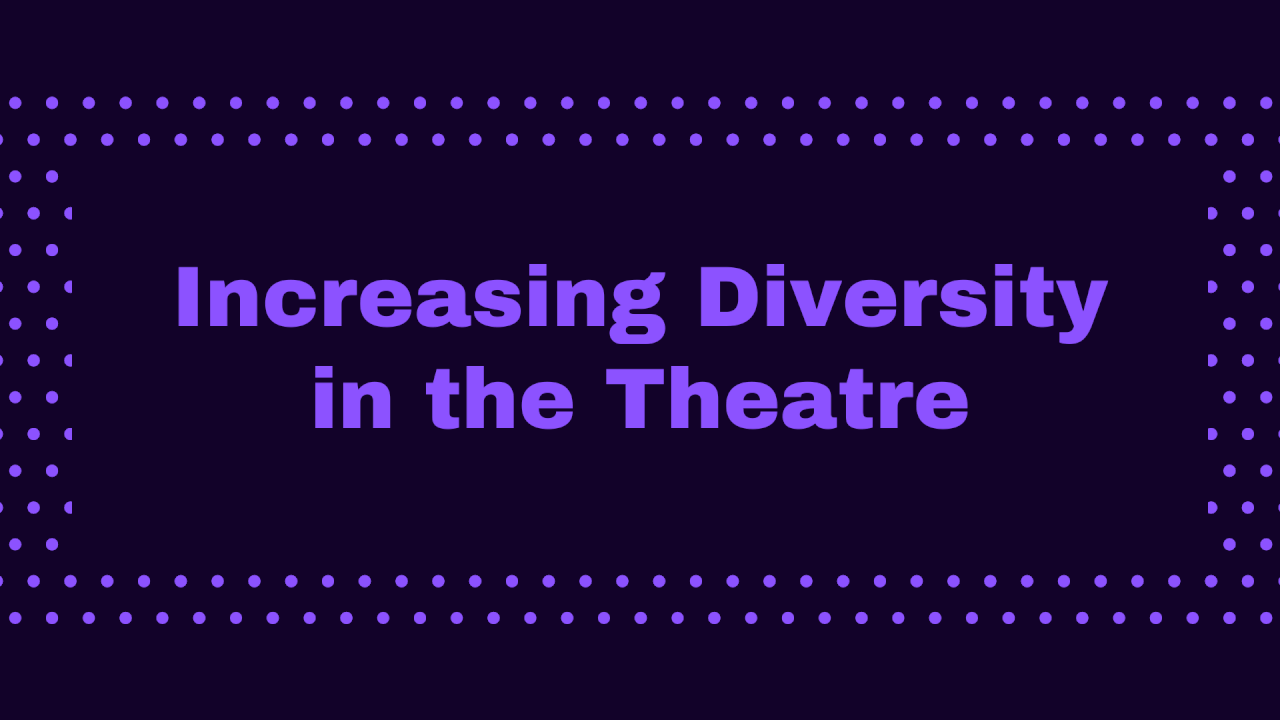 Increasing Diversity in the Theatre

When I first got to Warwick, I was impressed that a fifth of us in my Theatre Studies cohort were minority ethnic. Growing up, I had become quite used to being one of the few, if not only, BAME people in the drama clubs and summer camps I attended, so arriving at Warwick and finding other BAME people on my course was a real relief to me.

Theatre is seen as quite a ‘white’ industry, which was certainly reflected in my experiences growing up; even at Warwick in my first year, I could count the number of BAME actors in the Drama Collective’s 6 Warwick Arts Centre studio shows on one hand. In the past year however, I have felt a shift in the Drama societies at Warwick towards greater diversity and representation in shows. This year we saw the creation of BAME Creatives society, the first ever studio show with a completely BAME cast and core team, and a general increase in diversity on the stage. These are some amazing changes and show a much needed awareness of the importance of sharing BAME stories in the theatre. However, we as a community should push to do even better, especially with the events over the past weeks, so I have put together a short list of ideas to support and increase diversity in the theatre.

One way to show your support for BAME theatre-makers is to attend their shows! This year saw the introduction of the BAME Warwick Arts Centre studio slot, with BAME Creatives and Warwick University Drama Society putting on Profoundly Affectionate, the first ever show with a completely BAME cast and core team. This was an amazing achievement and one of the best shows I have seen at Warwick, and the support it received was incredible, selling out completely on the final night. While this show represents a significant milestone for Warwick Drama, there are many more shows throughout the year put on by cultural societies at Warwick that can go completely under the radar. For example, the African and Caribbean Society produces ‘Afrofest’, a showcase of black culture and arts, while the Asian Society and Hindu Society present ‘Asiana’ to celebrate Asian culture. I only found out about these events a few months ago, and definitely plan to attend next year to support these societies and their art!

Beyond society productions, attending shows by professional BAME theatre-makers is an amazing way to support diversity in the theatre industry. Spending money to see BAME shows provides the artists with funding and support to continue making these productions and telling more stories. This doesn’t have to mean spending hundreds on a ticket to ‘Hamilton’; the Warwick Arts Centre often has shows by BAME artists on their program, generally for under a tenner! For example, in November I saw ‘Queens of Sheba’ as part of my course and ‘BURGERZ’ with one of my friends, two incredible shows by BAME artists exploring two very different intersectional experiences of being BAME. Not only were they good shows, but they also shared a perspective on life that many in the audience, including me, would not have considered before.

Every show requires a production team, generally consisting of directors and producers alongside marketing, design, choreography, dramaturgy and more. These teams are key to shaping a show, bringing in auditionees and audiences, and deciding on how stories are told. The more diverse the production team, the more people can hear about the show and the auditions, leading to a greater range of people represented on the stage. Having a diverse team, especially a diverse core team, also provides a measure of accountability allowing omissions and representations of groups to be questioned. A diverse show starts with a diverse team, and if the only BAME person on a production team is the diversity and outreach officer, then something is being done wrong.

An awareness of diversity on stage has led to a lot of discussions this year around casting in regards to race. This year has seen an increase in race-specific casting, where a production team purposely seeks out a specific ethnicity for a role in their show. Obviously, this is not suited to all shows, and many roles will be identified as race-neutral on audition pages. However, the vast majority of these race-neutral roles end up being played by white actors, and while this obviously isn’t a bad thing in itself, if the ultimate aim is increased diversity on stage then a new way of looking at casting is required.

A new way of tackling this could be the introduction of race-aware casting. In this, a production team would stay aware of the race of their actors when deciding on roles, which doesn’t mean not casting white actors, but instead taking diversity into consideration. This starts by questioning a director’s presumptions about a character. For example, when you think of the character of a generic powerful business executive, you most likely imagine a white man. While this may be important in some cases, for example if you’re making a statement around inequality of power, if this is not key to the role then these biases may stop a BAME actor from being cast in this role. These unconscious biases can influence the casting of characters, so being aware of them can lead to more diverse casting. On top of that, being aware of how the ethnicities of your cast interact in the play is key, e.g. if the BAME people in your production all have the fewest lines, what does that say? By being aware of race when casting, a more diverse set of actors can be seen on stage, leading to greater representation.

Seeing BAME people on stage is a great thing, leading to greater casual representation. However, there is also something to be said about increasing the number of BAME plays by and about BAME people. Having these sorts of shows enables stories to be told that reflect a minority ethnic experience, helping audiences to become more aware of what life is like for different people. It is also important that these shows are written and created by the people that are being represented. Not only will they have a better idea of what life is like, having lived it themselves, but it also funds BAME writers and creatives, providing a source of revenue and the opportunity to tell more stories.

Obviously, these are just a few ideas by one person involved in the theatre world. There are certainly more and likely better ways to increase diversity in the arts, but the more we talk about it the more we can discover new methods to improve this!